Overcoming learning disabilities one school at a time 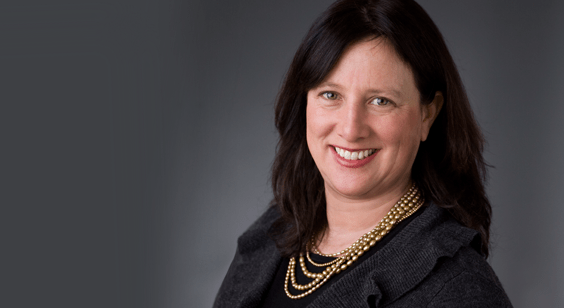 It’s not uncommon for entrepreneurs to start companies that solve problems that hit close to home. Case in point: Vanessa Kirsch, the founder and CEO of venture philanthropy fund New Profit, is launching her latest initiative Reimagine Learning.

When she was a second grade student at her Boston-based public school, Kirsch was diagnosed with dyslexia.

“I’ve compensated for being dyslexic,” she says. In high school, teachers told Kirsch that she wasn’t “college material.” Instead of accepting defeat, she wrote a heartfelt letter to Tufts’ admissions office and convinced them that even though she didn’t have the grades to get in, she would work hard and use tutors to learn and earn her place there. She graduated from the top-notch university in 1987. “Once you’ve overcome those odds,” Kirsch adds, “you become fearless.”

That fearlessness is behind Reimagine Learning. It has the ambitious goal of reshaping education policy and increasing individualized approaches to learning so that children who grow up with learning disabilities are able to thrive in school.

Reimagine Learning boasts partners across various sectors: It’s collaborating with the MIT Media Lab; the talent and literary agency WME/IMG; the fashion brand Public School; Understood.org, a resource for parents of children with learning disabilities; nonprofits Peace First, Eye to Eye and Youthbuild USA; and singer John Legend’s LRNG initiative, a collaboration between his Show Me Campaign, the MacArthur Foundation and the National Writing Project. To date, the initiative has raised $30 million of a targeted $50 million. Core funders are the Poses Family Foundation, the Oak Foundation and the Peter and Elizabeth C. Tower Foundation.

Learning Over Education, an MIT Media Lab initiative funded by Reimagine Learning, uses programming languages and literacy tools to teach children to think and learn creatively, to code and to participate in and direct their own curriculum. Currently, one of the affiliated projects is testing these ideas at nine small Wildflower Montessori Schools for preschoolers in Cambridge, MA. WME/IMG will help raise awareness of learning disabilities by recruiting celebrities who struggled in school to speak publicly about their challenges. Parents can then visit Understood.org to find out how to help their children.

“It’s one of the few times parents, educators, business and technology have come together,” says the MIT Media Lab’s Philipp Schmidt. “Everyone tries to do it, but I haven’t seen it done as effectively.”

Figures vary on how many American schoolchildren deal with learning disabilities. According to the American Academy of Child and Adolescent Psychiatry, at least 1 in 10 children have one. Kirsch estimates that, factoring in the effects of trauma and poverty, as many as half of American children have some sort of learning struggle. Research in the fields of neuroscience, developmental psychology, psychiatry and information processing have shown that when teaching and learning is adapted to students and their environments, they can learn easier and go on to lead more productive lives.

“The aim is to let every child shine,” says Schmidt. Reimagine Learning has plans to eventually take its programs nationwide.

That Kirsch has chosen to tackle such a massive and far-reaching issue should come as no surprise to those who have followed her career. New Profit is the third nonprofit she’s founded, and it’s in line with her life’s work of engaging young people and improving civic environments. She started Public Allies, a national youth service organization that partners with AmeriCorps and offers paid internships with community-based entities to teach work and leadership skills; and the Women’s Information Network, designed to give young pro-choice Democratic women in the D.C. area access to the political process through mentoring and networking.

Kirsch’s passion to solve this issue spans beyond her personal experience. Her 12-year-old daughter, Mirabelle, is also dyslexic. “She’s my inspiration,” explains Kirsch. “She went from being a Technicolor kid to becoming grayer and grayer by the day because she was frustrated at school.”

Like her mom, Mirabelle advocates for herself. Kirsch says her daughter is unable to manage pop quizzes because the surprise factor causes her to forget the material, so Mirabelle negotiated with her teacher and school administrators to allow her to take tests on a planned schedule.

If Kirsch and Reimagine Learning have their way, more children with learning struggles will, like Mirabelle, have the courage and skill set to be an active part of their educational experience and overcome learning roadblocks in the process.