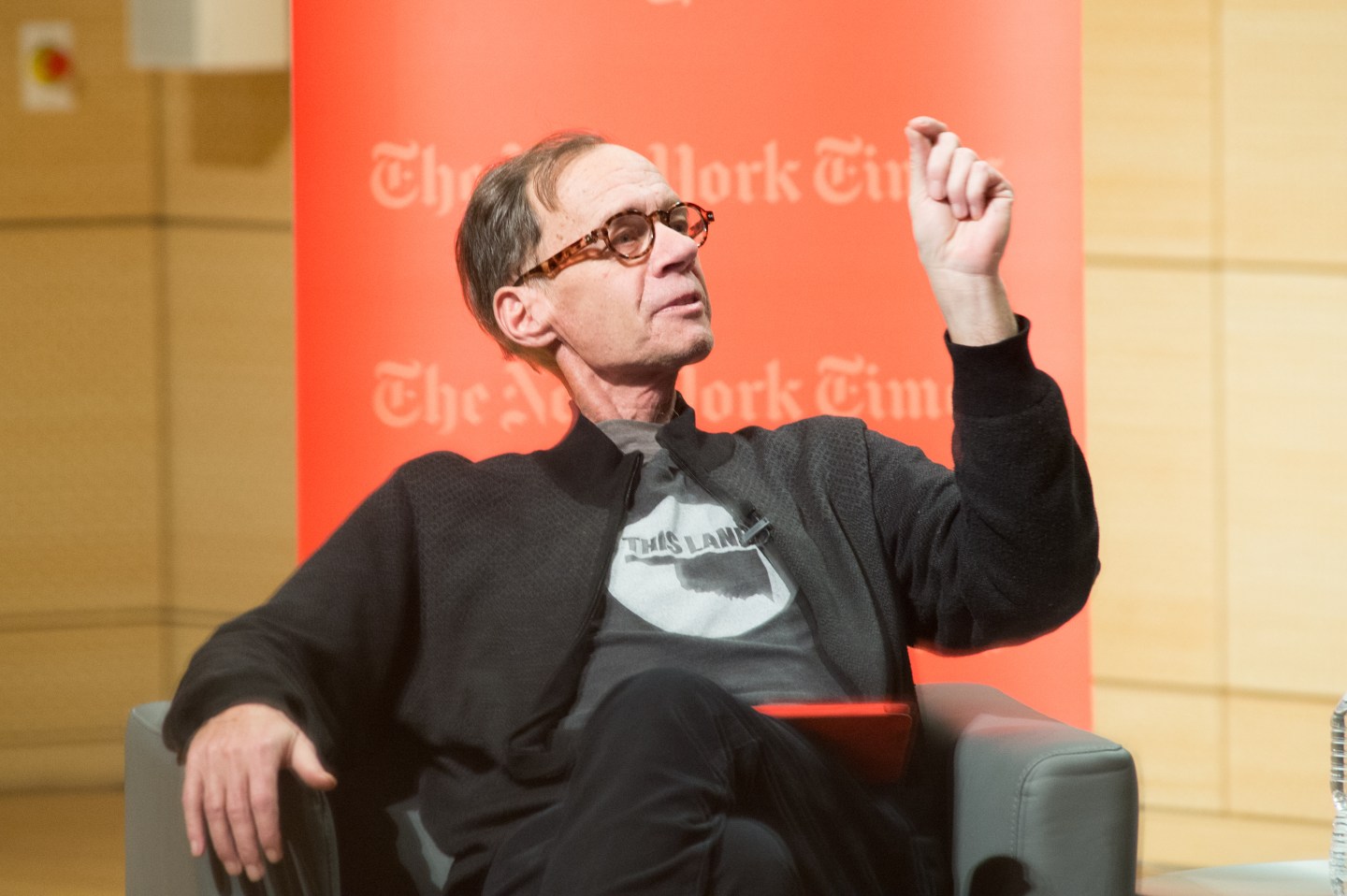 I felt an attachment to David Carr, whom I never met but who shared my birthday, my allergy to beverage alcohol and my fascination with the media. I read everything by him I could get my hands on: His tweets (@carr2n), his Times’ columns (The Media Equation) and the book he wrote about his years as a “poly-addicted garbage-head crack guy” (The Night of the Gun).

So it was a special treat for me when he wrote about Apple. A sampler:

Is the Apple tablet a figment of so much Web-borne pixie dust or is it the second coming of the iPhone, a so-called Jesus tablet that can do anything, including saving some embattled print providers from doom?

“I haven’t been this excited about buying something since I was 8 years old and sent away for the tiny seahorses I saw advertised in the back of a comic book. Come to think of it, the purchase didn’t really meet my expectations, but with the whole new year thing, a boy can dream, right?”

Apple executives have often behaved as though the ultimate custody and control of information lies with them, and the company has gone to extraordinary lengths to protect its interests. Yet for all of its spectacular achievements, Apple is exhibiting a remarkable tone-deafness in the issue at hand…

“The media’s crush on Apple has always been an unrequited love affair. The company has a few familiars in the press whom it favors, but Apple has “no comment” programmed on a macro key. The company has unsuccessfully sued bloggers who, it believed, had punctured its veil of secrecy, and important tech news organizations like Wired have been shut out as a result of coverage deemed ill-mannered.

“The raid on [Gizmodo’s Jason] Chen can only ratchet up the tension.”

When the expected reveal came, there was a huge roar, and I looked around to see many of my fellow journalists clapping their hands red. I was an interloper in the land of tech announcements, but I was surprised that a group of cynical-by-nature reporters had been so completely won over in the moment.

“What is it about Apple that makes a sea of professional curmudgeons whoop like children on Christmas?… There’s something bigger than gadget lust underway. At a time when American Greatness is under physical assault in the Middle East and economic assault by China, Apple is our answer to the world. We still do tech better than most everyone else, and most cities would love to have a gleaming Apple store to call their own.

“This is a company that took on a dominant Microsoft, made a huge dent in the computing world, then nearly collapsed. Still, Mr. Jobs stormed back through sheer force of will, revived the company and created new categories of products as well as a business juggernaut. That he was kind of a jerk and his run at Apple ended prematurely in the process only makes it more cinematic. No one wants to think that his version of Yankee innovation died with him.”