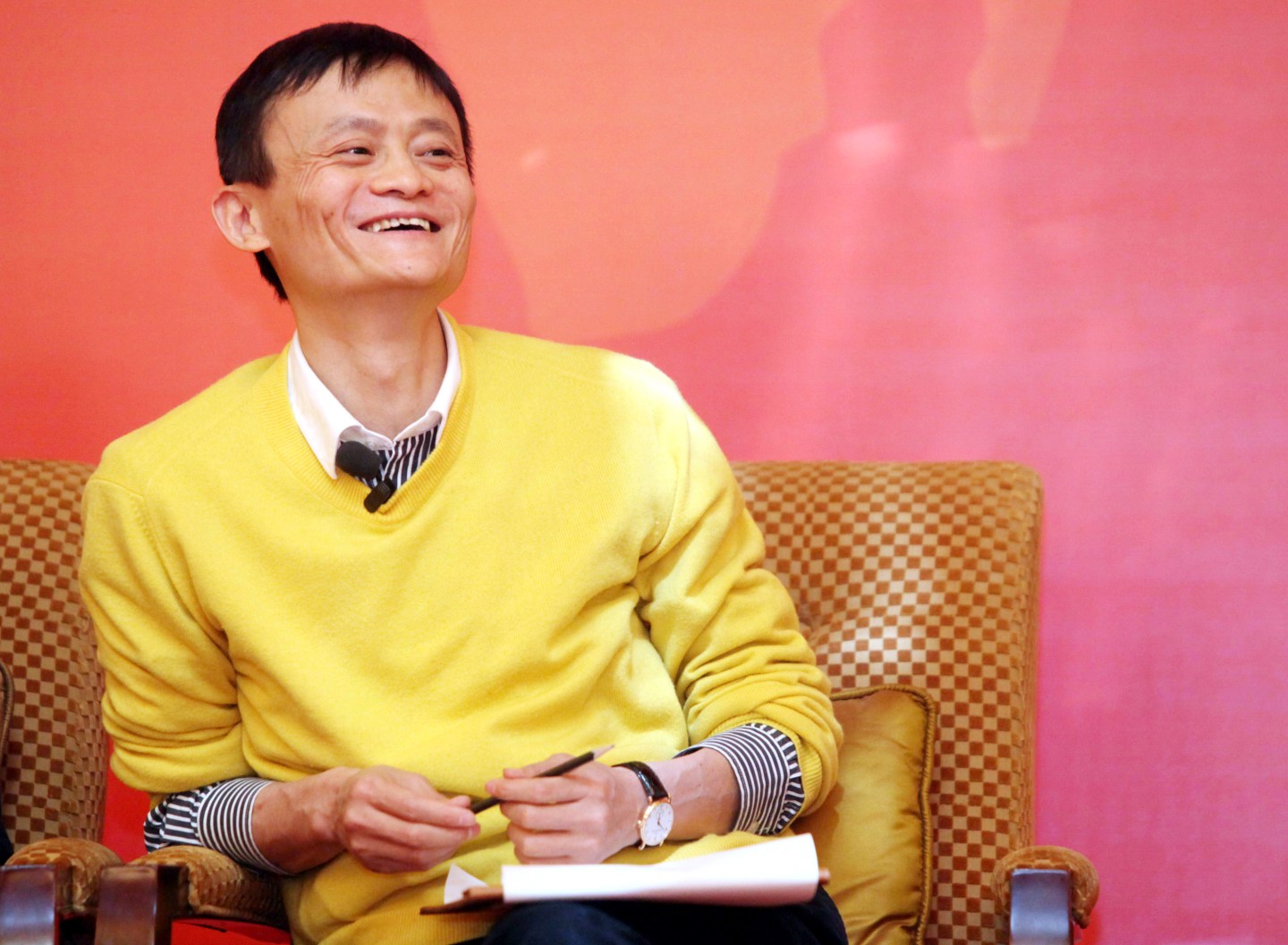 Jack Ma (Ma Yun), Chairman and CEO of Alibaba Group, speaks at a press conference to announce setting up a logistics network across China in Beijing, China, 19 January 2011. Alibaba Group, Chinas largest e-commerce firm, and its financing partners plan to spend up to US$4.5 billion setting up a network of warehouses across the country to tap a growing appetite for online shopping. The $3.0 billion to $4.5 billion investment will be made over three to five years and will be aimed mainly at building warehouses and also supporting logistics firms, the company said on Wednesday (19 January 2011). Hopefully within 10 years time, anyone placing an order online from anywhere in China will receive their goods within eight hours, allowing for the virtual urbanization of every village across China, Jack Ma, chairman and chief executive of Alibaba Group, said. Of the 30 billion yuan (US$4.5 billion) investment, 10 billion yuan will be Alibabas own money, the company said on Wednesday. Part of the investment may be made via a fund to be set up with private equity and venture capital firms, Alibaba executive vice president Zeng Ming said.
Photograph by Bao fan Bao fan—Imaginechina/Getty Images

(Reuters) – Alibaba Group Holding said on Friday it has been asked by the U.S. Securities and Exchange Commission to provide information concerning its interaction with a Chinese regulator.

Alibaba said in a statement it was cooperating with the SEC’s request, but gave no details on what the regulator specifically wanted.

The SEC’s request follows an unusually public fracas between Alibaba and China’s State Administration for Industry and Commerce over the issue of fake products being sold on the company’s websites.

Last month, SAIC said in a now-retracted “white paper” that it had met with Alibaba before the company’s blockbuster New York stock market listing to discuss the issue of fakes sold on its platform, but had withheld publishing any report so as not to affect the initial public offering in September.

Shares of Alibaba (BABA) were down 0.62 percent in extended trade, after closing up 2.24 percent at $89.05 on the New York Stock Exchange.