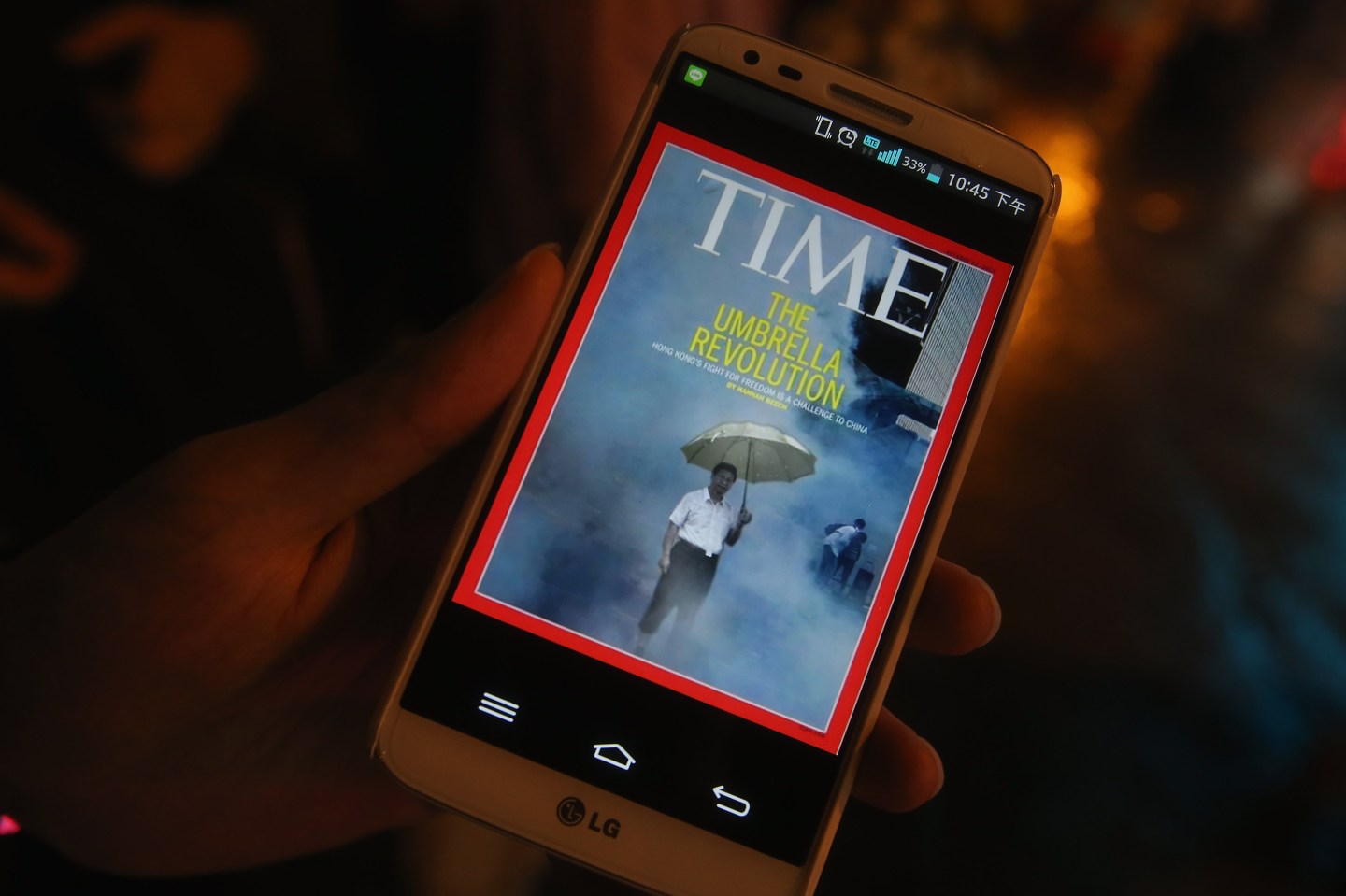 HONG KONG - OCTOBER 22: Pro-democracy protester watches a cover photo of Time magazine about Hong Kong protest event on his cellphone on a street in Mongkok district on October 22, 2014 in Hong Kong. Police have begun to take measures to remove the blockades put in place by pro-democracy supporters, as protests entered a fourth week. (Photo by Kong Ng/Getty Images)
Photograph by Kong Ng — Getty Images

The publisher of the Fortune, Sports Illustrated and Time magazines also forecast a 3-6 percent decline in revenue for the year.

The forecast implies revenue of $3.08-$3.18 billion for the full year, well below the average analyst estimate of $3.24 billion, according to Thomson Reuters I/B/E/S.

Time (TIME), which was spun off from Time Warner Inc last June, has been severely hit by declining circulation and advertising revenue as consumers shift to reading on smartphones and tablets.

Most publishers, including Time, have been cutting costs, slashing their workforce and beefing up digital services.

The company, which publishes more than 90 titles and operates 45 websites, gets more than half of its revenue from advertising.

Circulation revenue, which includes subscription and newsstand sales, also fell about 8% to $288 million.

Time said it kick-started a restructuring plan in fourth quarter that resulted in a pre-tax charge of $28 million, aimed at headcount reductions and other efforts.