Forget being polite, here’s how to really network 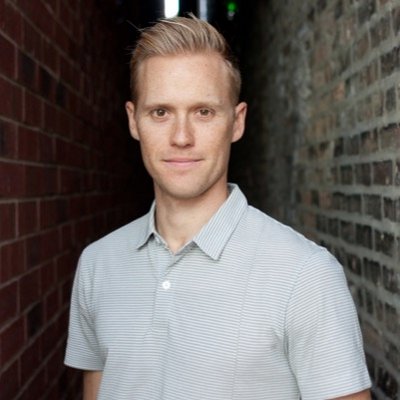 The Leadership Insider network is an online community where the most thoughtful and influential people in business contribute answers to timely questions about careers and leadership. Today’s answer to the question “To get ahead in business, is it better to have skills or connections?” is written by Mike Del Ponte, co-founder of Soma.

Connections — by a land slide. Here’s why.

Most people are lucky if they are considered an “expert” in anything. Connections, however, allow you to partner with a number of people who are “experts” in their own respective roles. This yields significantly better results than depending on your skills alone, no matter how good you are.

But, the power of connections is often least apparent to high achievers. As an entrepreneur, I became accustomed to doing most jobs myself. Initially, this starts from necessity. With limited resources, you can’t afford to hire everyone you need so it’s up to you to put in the extra hours and wear multiple hats. The problem is that this only works for so long — no one can build a large and successful company on their own. So, when I hear people say ‘if you want to do something right, do it yourself,’ I can’t help but disagree. Not only do you inevitably hit a ceiling at which you can’t produce sufficient results, you also neglect the talent that is all around you. That’s why great leaders focus on building extraordinary teams. And not only collecting extraordinary people, but also training them to get greater results than even they believed possible. That’s the power of collaboration.

Now, you might argue that in order to accumulate a lot of connections, the skill of networking must be mastered. While there is some truth in this, I prefer to view networking as a philosophy to internalize, not a skill to practice. Here are three of the most important lessons I have learned while building my own network:

It’s about them, not you. If you want to have meaningful relationships and valuable business connections, focus on other people. Be genuinely interested in them. Celebrate their successes. Help them overcome challenges. Put others first and they will be there for you when you need help.

Stand out. Rather than practicing elevator pitches and collecting business cards, focus on doing something that will change the world. Be unique — people will naturally gravitate.

Be vulnerable. In our masculine-centered business world, many people are afraid to talk about anything that doesn’t make them look good. This is a perfect formula for anyone who wants shallow relationships. If you want to go deep, open up. Ask important questions that you really care about. Polite cocktail party conversation is boring, anyway.

Read all answers to the Leadership Insider question: To get ahead in business, is it better to have skills or connections?

Why networking means zilch if you don’t know yourself by David Reese, Vice President of people and culture at Medallia.

Why talent will only take you so far in business by Derek Lidow, author of “Startup Leadership: How Savvy Entrepreneurs Turn Their Ideas Into Successful Enterprises.”

To get ahead in business, why connections matter by Christine M. Aylward, Managing Director of Foresite Capital Management