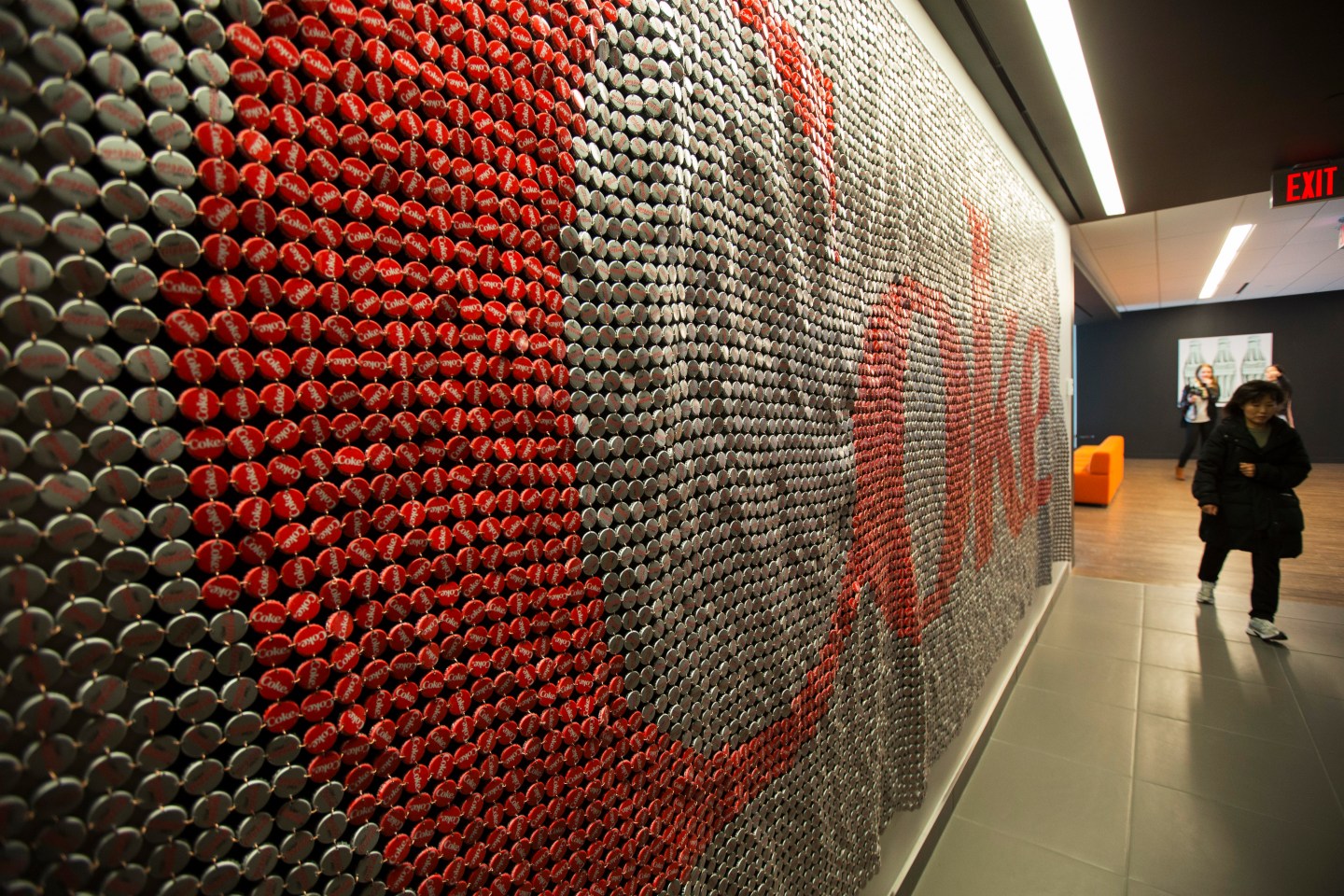 TORONTO, ON - APRIL 4: A large Coke sign, made from bottle tops, hangs in one of the hallways during the opening of the new Coca Cola offices.
Photograph by Bernard Weil — Toronto Star/Getty Images

Coke said sales in North America, its biggest market, rose for the first time in four quarters, offsetting the impact of a stronger dollar on its overseas business.

Coke’s sales in North America have declined or remained flat for the last three quarters as U.S. consumers opt for healthier beverages and shift away from diet sodas due to concerns over artificial sweeteners.

North American sales rose 2% to $5.37 billion in the fourth quarter ended Dec. 31, accounting for about half of total sales.

Analysts say U.S. consumers are still drinking less soda but are paying more for it.

Low gasoline prices and a brighter job market have encouraged many consumers to dig a little deeper into their pockets. U.S. consumer confidence is at its highest in more than seven years, according to a report released in January.

Coke said in October it would cut costs and announced a timeline for selling its lower-margin bottling operations.

“We continue to see 2015 as a transition year as the benefits from the announced initiatives will take time to materialize amidst an uncertain and volatile macroeconomic environment,” Chief Executive Muhtar Kent said on Tuesday.

The beverage giant recently announced that its Minute Made division would start to sell a premium-priced milk sold under the Fairlife label.

The protein-boosted milk has less sugar and more calcium than conventional milk.

Watch more of the latest news about Coca-Cola from Fortune’s video team: