Police are crunching data to stop murders before they happen 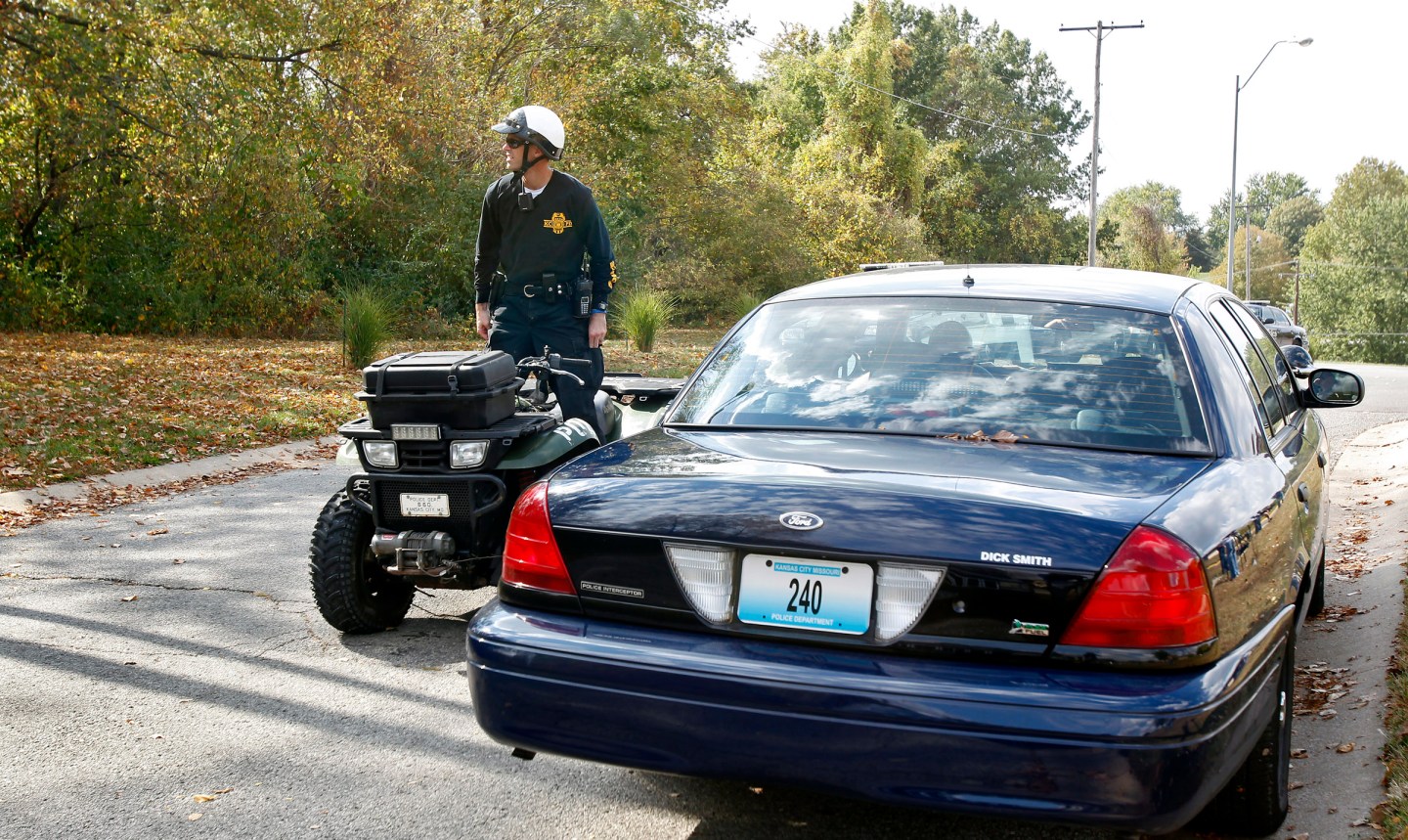 Sgt. Brad Stott, on the ATV, confers with another investigator, Wednesday, Oct. 12, 2011 in Kansas City, Mo. A New York-based security consultant who said he was hired by a wealthy benefactor to help search for a missing baby in Kansas City got little response Wednesday from police who have been looking for the child for more than a week. (AP Photo/The Kansas City Star, Jill Toyoshiba)
Photograph by Jill Toyoshiba — AP

Kansas City had a murder problem. For the past decade it’s violent crime rate had made it one of the top ten dangerous cities in America.

Then three years ago, city officials decided to try a strategy being used by a growing number of police departments across the country: smart policing. The idea is to sift through huge amounts of data to help prevent crime.

Police and researchers use computers to figure out who is most likely to commit murders, robberies and rapes. Software also looks through law enforcement files to uncover who those high-risk individuals know so police can pressure the entire group to steer clear of violence.

The program, described by McHale as a success, is a huge shift from the traditional police work of walking a neighborhood beat and building personal contacts. By using technology, police can connect information within police reports that would otherwise go unnoticed and learn where to focus their attention.

But Kansas City’s approach also raises questions by people who fear that it could violate privacy. They also ask whether police are abusing their powers by putting residents under the microscope, including innocent people and those who are just minor offenders.

The program officially launched in January 2013, but was conceived a few months earlier, when city officials were inspired by smart policing in other cities. The police department partnered with the University of Missouri in Kansas City to learn how to analyze their data.

“The police were unaware of who keeps getting picked up,” said Ken Novak, a criminology professor at the university who is helping with the program. “The first component of network analysis was looking at the police department’s own records.”

The plan Kansas City ultimately decided on goes a step further than merely data analysis. It also includes a carrot and stick approach to combating crime.

The carrot: the department has five social workers whose mission is to work with anyone who has been identified as at risk of committing a violent crime—about 800 people in all. The social workers try to identify problems that might cause these people to commit violent crimes—substance abuse and unemployment, for example —and get help find ways to address them like job training and getting a birth certificate.

The stick: the police also work with local community leaders to meet with groups they’ve identified as likely perpetrators of violent crimes. They explain the consequences of crime and let group members know that if one of them commits violence, everyone else will be put under increased police surveillance for any outstanding legal problems like unpaid parking tickets and graffiti.

Jeffrey Mittman, executive director of the Missouri’s American Civil Liberties Union, said he supports the program’s focus on community outreach. But he questions its long-term effectiveness and the fairness of putting entire groups of people in law enforcement’s cross-hairs.

“If someone has done nothing wrong, targeting them is wrong,” Mittman said. He added that “it’s on the police department to make sure the police officers are well trained and know the Constitution and know how to handle the grey areas.”

Since the program launched, Kansas City’s homicide rate has fallen to a 47-year low. The department is also having more success finding homicide suspects. The rate for solving homicide cases is now 72%, up from 40%. But it’s unclear whether any of those improvements are because of the data analysis or broader trends. It’s also unclear if they are sustainable.

Kansas City isn’t alone in its use of data. A number of other cities are trying different variations. For example, in 2011 Los Angeles started using PredPol, a tool that crunches historic crime data to identify places where crime is more likely so that police know to add a bigger presence. Four months after PredPol rolled out, the crime rate there has dropped by 13%.

In Chula Vista, Calif., near San Diego, the police department has started a data analysis program to reduce domestic violence. Meanwhile in Phoenix, police are trying out body cameras and gathering data on how the cameras affect interactions with the public. They saw a 44% reduction in complaints against police officers compared to 20% in a control group.

Federal officials are trying to encourage smart policing. In 2009, the Department of Justice partnered with CNA, a data analysis company, as part of a program that awards grants to local police departments for testing data driven policing with outside partners. So far, the agency has funded over 38 different police departments.

“There was concern about the downturn in the economy and a drain in resources for police officers,” said CNA managing director James Coldren. “I’ve been doing research on crime for the past 35 years, this is the most exciting work we’ve done.”

For Kansas City, its not just about exciting research. It comes down to a safer city. “The people who are at risk of committing crimes are also at risk of being victims of violent crime,” said Novak, the criminologist. “Looking at the social structure of violent crime is like trying to stem the spread of a disease.”