How founders can tell a great startup story 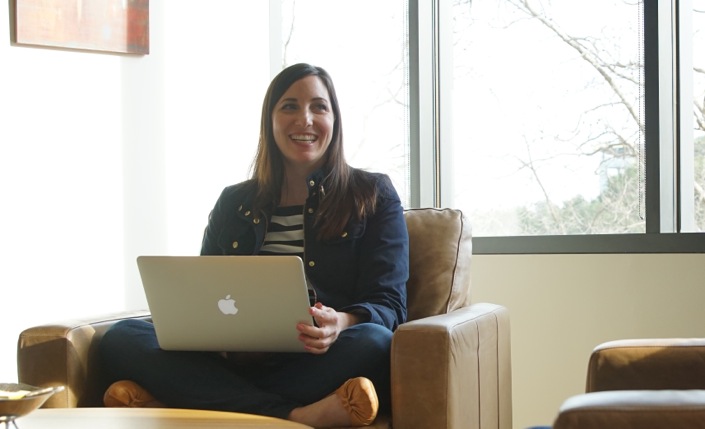 In my role at Greylock Partners, I work closely with entrepreneurs to help them shape their company’s communications strategies. No matter the sector, I have found that the organizations who effectively tell their stories are the ones who can recruit the top talent, acquire long-term customers, and build brands that endure.

What is your story?

Your story is way more than a chronological history of your company. The biggest mistake most companies make is they start with the love story of the founders. (i.e. “My co-founder and I met when we worked together at Company X. We built these 3 successful products together and had had fun doing it, so we decided to build this new thing because we think there is a market for it.”) This is the absolute wrong foot to start on.

A great story about your company will succintly capture 1.) what you offer, 2.) to whom, and 3.) why you are different. Nailing this will set the path for every other decision you make going forward.

What you offer. This is a crisp and short description of the market need you are addressing.

To whom. Your customers need to be at the front and center in your story. You only exist because of them, and you were put on this planet to serve them. They are the true heroes of your story.

Why you are different. This is not a list of features. Why you are different should describe who you are as a team, what you value, and what you believe. The story about why you are different will influence your company culture, your ability to recruit and retain the right talent, the services and products your team will create, and how your team behaves over the long term. Which in turn will impact the way people talk about you when you aren’t in the room — people like reporters, customers, partners, and investors.

Who should tell your story?

Let’s first define who needs to hear your story. Most companies use the press as a starting point, but you are not crafting your story just for the media. You are also crafting your story for current and potential team members, customers, partners, and even competitors — basically everyone within your extended network needs to understand your story.

Dan Portillo, our Talent Partner at Greylock, often talks about how important it is for a CEO to tell a great story about her company when trying to recruit world-class teams. (Dan shared some of his ideas in this slide deck.)

Every team member should be a company storyteller. This recent column from Chris Kang at LinkedIn (LNKD) is a fantastic example. Chris is a strategic engagement advisor who wrote a detailed blog about the challenges they are tackling at LinkedIn, what it’s like to work there, and why she loves her job. She is not in the PR department; she’s an empowered LinkedIn team member who felt so much ownership about her company’s story that she was compelled to share it with her network. That’s the most powerful storytelling a company can have.

On being human: A case study

Before joining Greylock, I ran communications for Hulu. One of the reasons I joined Hulu was because of a document called “What Defines Hulu” that was written by the founding team.

“What Defines Hulu” wasn’t just a bunch of bullet points about “company values” and a “mission statement,” which often come off as nothing more than sanitized corporate-speak. Instead, it included missives like:

“Our expectations are extremely high and we hold ourselves accountable. We all do the dirty work. No one in the company sees themselves above any task. We’ve all QA’d countless video thumbnails, including the regrettable 1992 season of Tequila & Bonetti.”

When I read the original “What Defines Hulu”, it felt like I had found my tribe — it was a maddening, dizzying freefall where I knew I had found my home. Isn’t that what all brand marketers want from their customers?

Because this story about Hulu was written with such clarity — the founding team precisely selected every word — the people who later joined Hulu really lived up to the document. We referred back to it often in meetings and at team lunches; it was a canon for how we should all behave.

But the most powerful thing about this document was that it encouraged prospective talent to self-select out of joining Hulu if they didn’t share connect with the story:

“There are a number of things that don’t matter to Hulu. Some of these things include: impressive titles, swanky office furniture, hierarchy, and nice lunches (Quizno’s and the local taco truck are our staples). Though most people profess not to care about these things, we’ve found that many people actually do care about these things. That is fine, but it also means that Hulu would be a very bad match for those same people.”

Because of this document, Hulu attracted and retained an extraordinary team of builders, and maintained a strong company culture as the team grew.

This document deeply influenced how I thought about communications. In the time I was with Hulu, we issued almost no press releases. All external communications were published via our blog — we spoke directly to our customers. In short, we were humans talking to other humans about the stuff that matters to each of us.

Now, I encourage Greylock portfolio companies to draft their own version of this document. In my case, I wrote a similar document when I joined Greylock, and it has since helped me direct all our own communications activities including press, design, events, and content.

Note to fellow marketing teams: Let’s stop polishing the heart out of everything. Find your true north star, write it down and let it guide the way.

Please note: The original “What Defines Hulu” has been dramatically edited in recent months. In this post, I am not referring to the current version on the Hulu.com website.