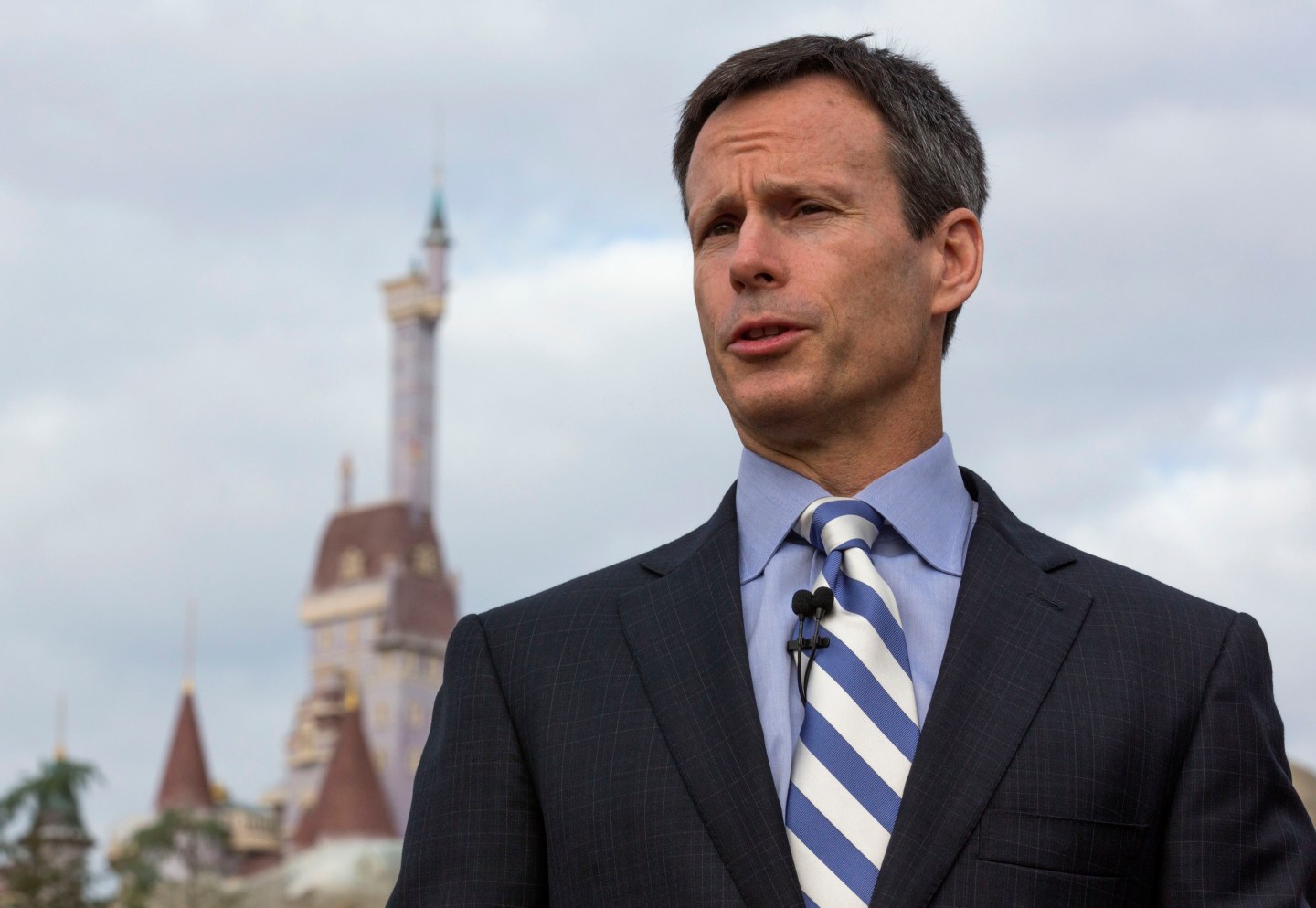 The Walt Disney Company has named a new COO, sparking speculation over whether the executive could succeed CEO Bob Iger a few years down the road.

“I look forward to working more closely with Bob and the talented senior management team across the company to continue to build Disney’s future through unparalleled creativity, innovative technology and global expansion,” Staggs said in a statement.

As COO, Staggs will have the leaders of all Disney business segments reporting directly to him and Iger jointly.

Thursday’s appointment immediately jumpstarted speculation over the possibility of Staggs being groomed for Disney’s CEO position, which Iger is set to vacate in 2018. Iger, who was recently profiled by Fortune, was originally set to retire in 2016, but Disney’s board extended his contract another two years in October.
[fortune-brightcove videoid=3953204464001]

Fortune‘s Michal Lev-Ram noted in December that Staggs is part of a small group of Disney executives who could potentially rise to the CEO position in a few years. According to Variety, Thursday’s promotion makes the 54-year old Staggs the likely “front-runner” to eventually replace Iger.

The company has experienced substantial growth under Iger, including posting record annual revenue for four consecutive years. Disney’s board handpicked Iger to take over the CEO role in 2005 after his predecessor, Michael Eisner, received criticism for not publicly naming a successor.

“Tom is an incredibly experienced, talented and versatile executive who has led Parks and Resorts during a time of unprecedented growth and expansion, including the construction of Shanghai Disney Resort,” Iger said in a statement.
[fortune-brightcove videoid=3676577922001]

Under Staggs, the parks and resorts segment posted a 10% bump in revenue last year, to $12.9 billion. Recently, though, Disney’s parks have made unflattering headlines following a measles outbreak at California’s Disneyland at the end of 2014.

Meanwhile, the company also recently said the opening of its Shanghai resort — a massive, $5.5 billion undertaking and Disney’s first theme park in China — will be delayed until next year. The park was originally set to open near the end of this year, but Iger said in a call with analysts this week that the opening will be pushed back until the spring of 2016 to make time for additional attractions that the company originally announced in April 2014.