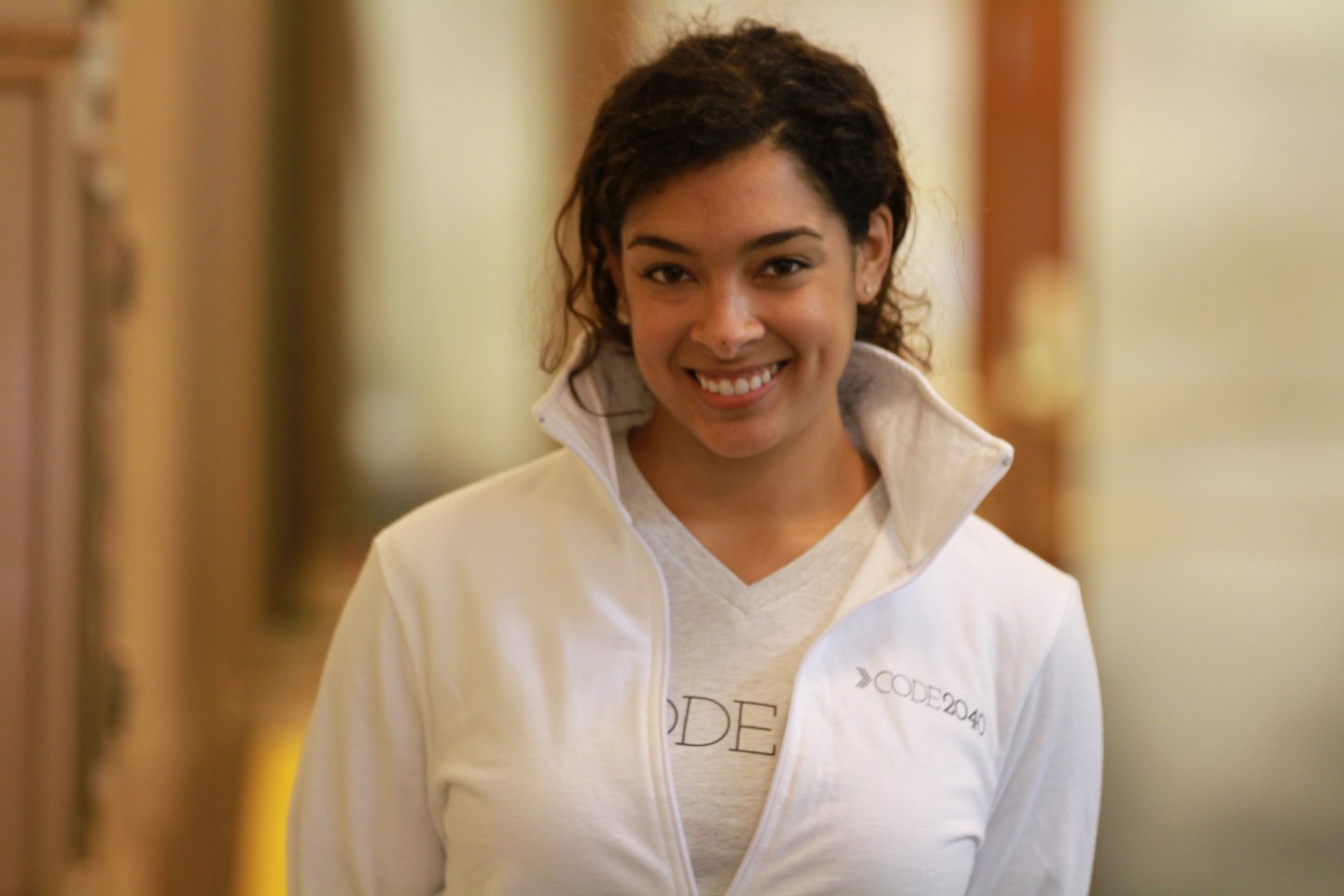 Diversity has been a hot topic in Silicon Valley for a while, but in recent months companies have finally started putting their money where their mouth is. Case in point: earlier this week Google (GOOG) agreed to give $775,000 in grants to Code2040, a nonprofit that aims to improve the representation of minorities in the tech sector. The money will fund two new programs—one that helps Black and Latino students apply to technical jobs and internships and another that matches minority entrepreneurs with year-long residencies in three cities.

Laura Weidman Powers, the co-founder and CEO of Code2040, started the organization in 2012 after working at a couple of tech startups (and receiving multiple degrees from Harvard and Stanford). Her goal? To create “pathways to educational, professional and entrepreneurial success in technology for underrepresented minorities.” We caught up with Weidman Powers to find out more about her organization’s new funding, what she thinks about other recent efforts to increase diversity in the Valley and why we seem to be more comfortable talking about gender than race.

FORTUNE: How significant is this money for you?

Weidman Powers: We’ve had some pretty large backers, like the Knight Foundation and the Kauffman Foundation. But the Google funding is the largest single grant that we’ve gotten. It came about from different conversations I was having with Google. One was with Google.org—they liked the track record that we had and they wanted to think about growth and how they can support us to take it to the next level. With Google.org it was more student focused.

Then I was having another conversation with Google for Entrepreneurs. I pitched the idea of this entrepreneur residency program, and we put it together as a partnership. In both cases it was several months of conversations on how Google’s resources could support an organization like Code2040. It wasn’t just writing a check—it’s a partnership.

Many Silicon Valley companies have disclosed their diversity numbers in recent months. But what’s your assessment of how they’re doing when it comes to real action?

I think Google’s an example of real commitment. I think Intel is also a terrific example—they’re not only talking about funding, they’re holding themselves accountable and they’ve said it publicly which is really brave. [In January Intel committed $300 million to increasing diversity in the company]. Putting these kinds of resources towards these problems was really unheard of a few years ago. The conversation is totally different today than it was back when we started. Shining a light on this issue and talking about it is a really important first step.

So what’s the next step?

I think we need to be transparent about what works and what doesn’t work. We don’t have a lot of insight into what these companies have actually tried and what’s been effective and what hasn’t. A great next step is starting to share statistics and information, and starting to create situations where companies hold themselves accountable, like what Intel is doing. That’s when we’ll really start to see progress.

A recent cover story in Newsweek on what it’s like to be a woman working in Silicon Valley sparked a lot of controversy. Do you think about what it’s like for minorities once they’re hired by a company?

It [the article] points out a really important factor here, which is culture. A lot of the conversation often focuses on increasing the talent pipeline. That is important but equally important is what happens once employees are in the organization. I’ve had several conversations with folks of color who tell me they are often asked to go on more recruiting engagements or mentor young talent. Those are great things but they take up time and mental energy, so in some cases you end up with a disadvantage because you’re being asked to contribute more outside your role because of your race or gender. This is a good example of something that’s not sexist or racist, but it’s a pattern that has impact.

It seems like there is more being written about women’s experience in the tech environment than people of color. Why do you think that is?

It feels like people are more comfortable and ready to talk about gender issues than race issues in the workplace. I don’t have an empirical reason as to why that is. My hunch is that it’s related to the fact that people in authority have a woman in their life they can relate to—there’s some figure in their personal life that helps them see that perspective. We know from social science research that our social groups are actually not that integrated. So it may be, statistically speaking, that a white person does not have a black person or Hispanic person in their life. So that’s probably one factor.

Silicon Valley has a diversity issue. But does it have a discrimination issue?

I haven’t seen it as overt discrimination. Paradoxically it’s part of why this is such a complicated conversation, because it does not manifest as overt racism or sexist—which would be easier to call out. The harder situation is where it’s not so obvious. Of course, discrimination and racism can pop up everywhere. To me that’s not the real challenge.

So what is the real challenge?

I think the real challenge is recognizing the patterns and assumptions that are in place that lead to disproportionate or discriminatory outcomes. I think a lot of what our job is at Code 2040 as people who care about this issue is to be really reflective and think critically about things that may seem or feel innocuous but may have repercussions that are exclusionary.