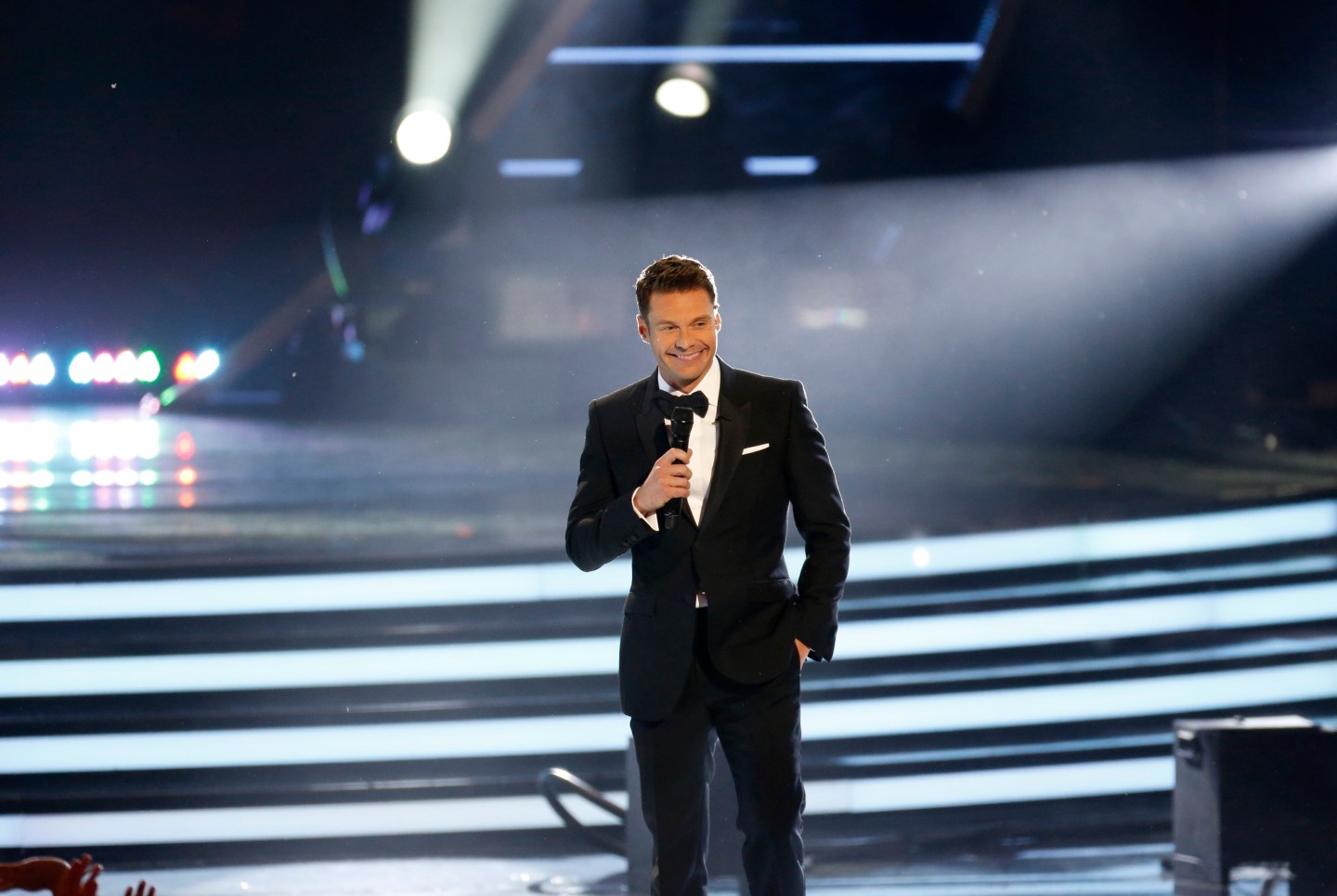 U.S. District Judge William Orrick in San Francisco ordered Typo on Wednesday to pay BlackBerry $860,600 in sanctions, plus attorneys’ fees and costs incurred in connection with Typo’s violation of the injunction.

BlackBerry had filed a suit in January 2014 against Typo, co-founded by “American Idol” host Seacrest, alleging that the physical keyboard it makes for some of Apple’s iPhone devices infringed on the Canadian smartphone maker’s design patents.

In March, the court issued a preliminary injunction that barred Typo from selling the physical keyboard iPhone case.

A spokeswoman for Typo in an email said that the ongoing litigation and fine relates to the initial Typoproduct and does not impact its since redesigned keyboard product.

“It has no impact on the Typo 2 product currently in the marketplace, or our other planned product releases for the tablet,” the company said in an email, declining to comment any further on the matter.

BlackBerry, which had asked the court to fine Typo $2.64 million for violating the injunction, declined to comment on the matter, stating merely that the court order speaks for itself.

The court, in an order issued on Wednesday, said that Typo had sold nearly 19,000 of the keyboards after the preliminary injunction had been issued.

Typo argued that BlackBerry has not shown that it has lost any sales as a result of Typo’s conduct and that a fine would constitute an undeserved windfall for BlackBerry (BBRY).

The judge agreed it was unclear to what extent BlackBerry had been damaged, but added that “Typo’s not so clever attempts to evade the court’s preliminary injunction” were quite transparent.

“The amount of sanctions awarded is only a third of what BlackBerry sought and is directly tied to additional revenue that Typo could have expected from its illegal conduct,” said judge Orrick, in the order.