With Petrobras CEO’s exit, the club of non-American female CEOs gets smaller 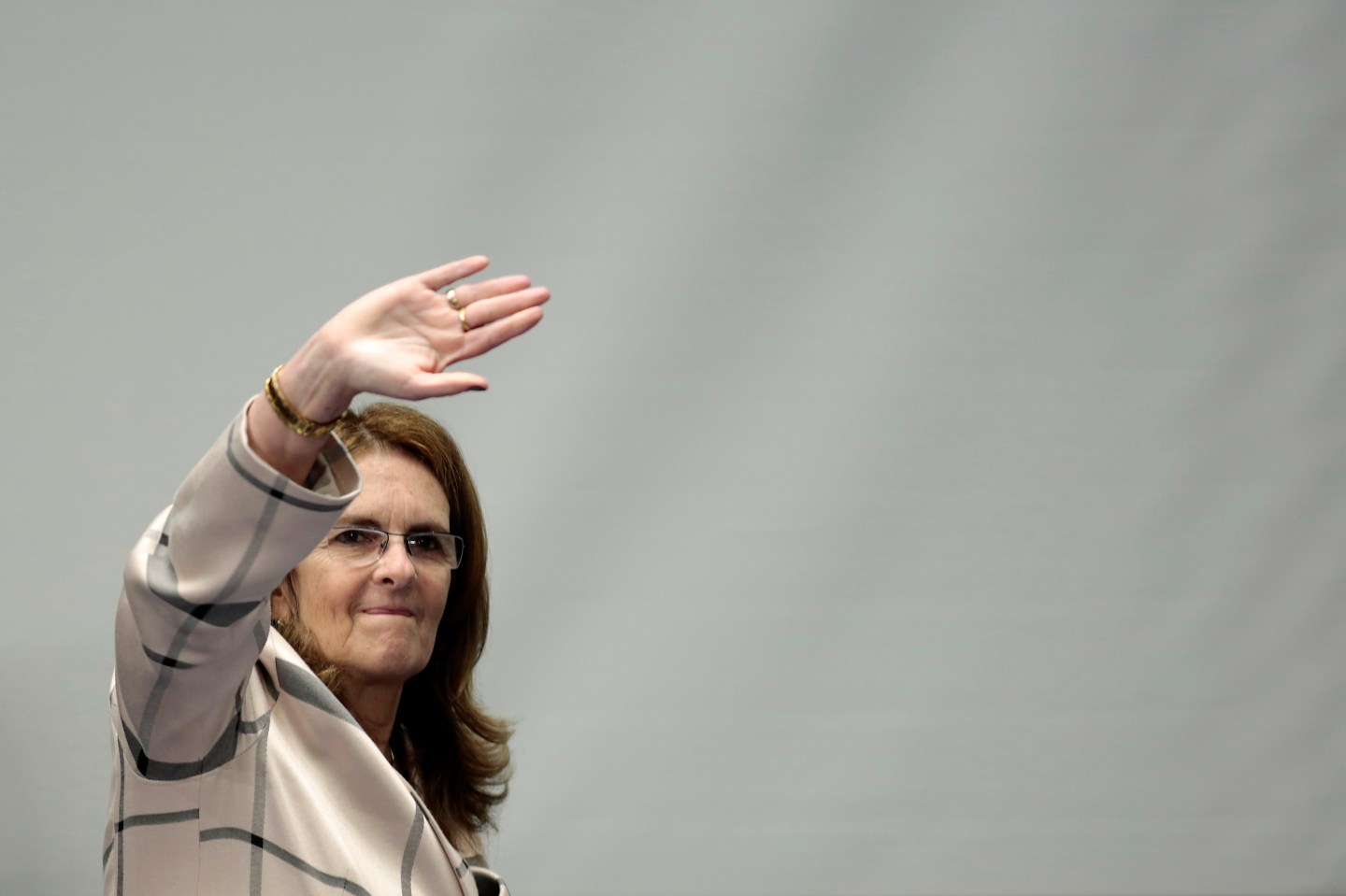 Maria das Graças Foster’s nickname is “Caveraio”, after the armored trucks that police Brazil’s slums. But in her short, dogged tenure atop Petrobras, Brazil’s state-owned oil and gas behemoth—No. 28 on Fortune’s Global 500 in 2014 with $141.5 billion in revenues—the executive met her match.

Foster, who was appointed CEO in 2012, resigned today according to a company filing. She has been in an increasingly precarious position at Petrobras, which since March has been mired in a sweeping, million-dollar corruption scandal involving a handful of the oil company’s executives and Brazil’s largest construction firms.

Though Foster has not been directly implicated in the kickback scheme, the executive faced mounting pressure to step down in what has been an embarrassing and disruptive chapter for the company. Indeed, the executive called for a thorough investigation and offered to resign several times last year (she stayed on at the request of Brazilian President and Foster’s good friend Dilma Rousseff). Since then, the slide in global oil prices has added to the company’s woes, and Foster met with Rousseff yesterday afternoon amidst local rumors that her time was up.

Foster grew up in Rio’s favelas and paid her way through school by recycling scrap materials. She trained as a chemical engineer and like the majority of the female Global 500 CEOs, rose to power through the ranks of a single company. She began her career as an intern at Petrobras 30 years ago, and became the only major female executive in South America when she was appointed in 2012.

Her embattled tenure as CEO is in some ways similar to Mary Barra’s, who came to the helm of General Motors (GM), just as the company’s ignition switch scandal came to light.

Though murkier than most, Foster’s exit continues the thinning of the ranks of female CEOs on the Global 500. Since Fortune published its Global 500 list in July 2014, the number of women CEOs in the Global 500 has dropped from 17 to 14. Non-American CEOs, like Foster, have led the exodus. Karen Agustiawan, who presided over Pertamina, Indonesia’s state-owned oil and gas company, stepped down in October 2014, while Gail Kelly of the Australia’s Westpac Banking retired earlier this week. That leaves just three women among the elite club running world’s largest non-American companies—Nishi Vasudeva of Hindustan Petroleum; Arundhati Bhattacharya of State Bank of India; and Li Dang of China General Technology Group. In each case, they lead a majority state-owned entity.

Spain’s Ana Botin, who took the reins at Banco Santander—No. 73 on Fortune’s Global 500—when her father died in October 2014, is not on this list because of her title, though she is effectively the company’s chief executive and the world’s most powerful woman leading a non-American company.