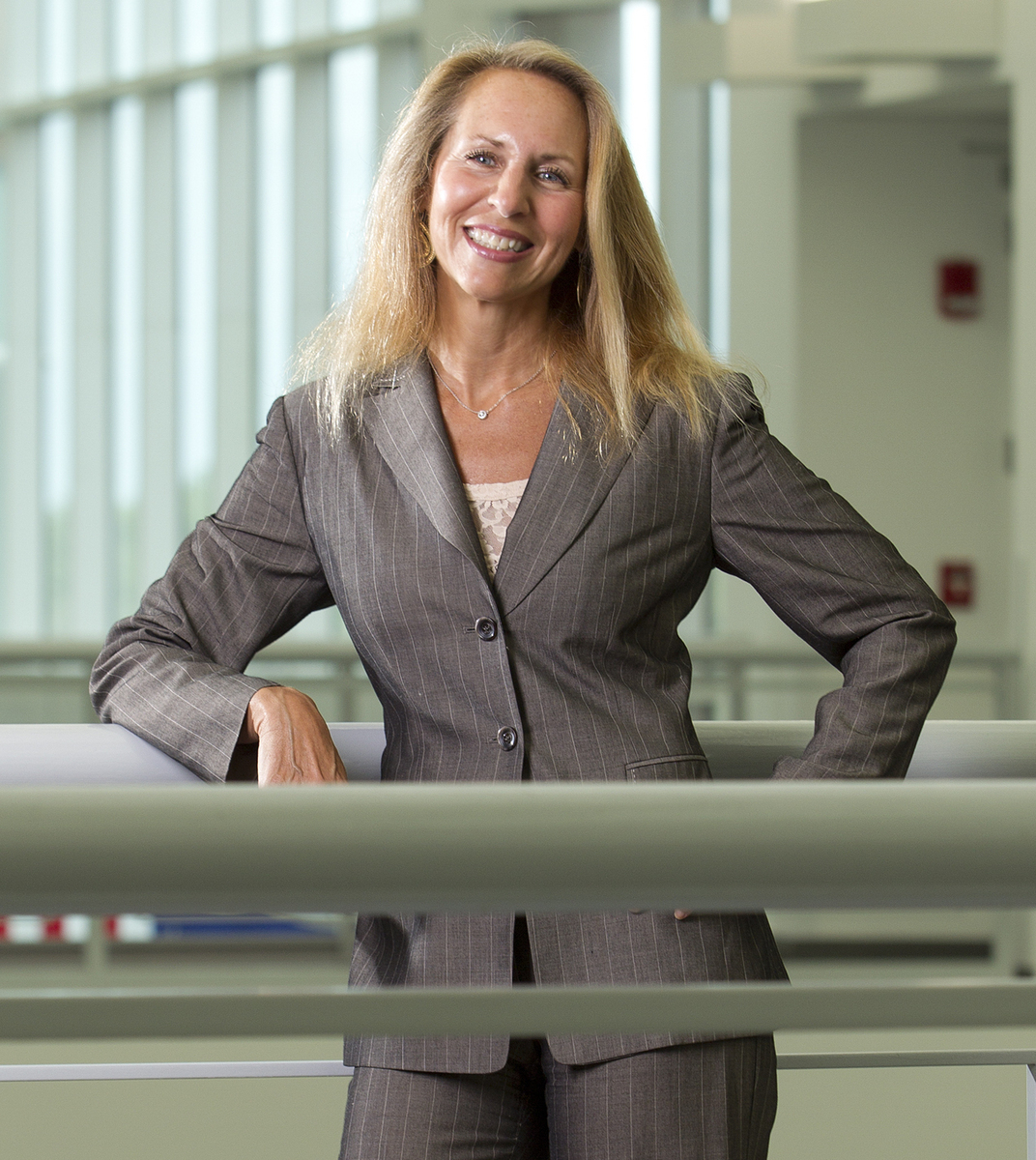 FRAMINGHAM, MA - APRIL 24: Carol Meyrowitz is the president, Chief Executive Officer, and director of TJX Companies, the leading off-price retailer in the United States. She was photographed on April 24, 2011 at the company's headquarters in Framingham, Mass. for the Boston Globe's 2011 Globe 100 magazine. (Photo by Essdras M Suarez/The Boston Globe via Getty Images)

Barra, who became GM’s first female CEO in January, sits at the wheel of a company in trouble: The company this year recalled 20 million vehicles (and counting) worldwide in the wake of the discovery of an ignition defect that the company has linked to 13 deaths and 54 accidents. Barra, 52, faces a tough road ahead as she tries to manage through GM’s latest crisis—just five years after it filed for bankruptcy protection.

Foster, 60, grew up in a shantytown in Rio de Janeiro collecting trash to pay for schoolbooks. Under her leadership oil giant Petrobras has struggled: The stock is down 9.4% from January 2012, when she became CEO, and investors fret about Petrobras’s high debt and spending on exploration.

CEO Meg Whitman sells Wall Street on two things being better than one.

The former California gubernatorial candidate and one-time eBay CEO originally wanted to be a doctor. (Her husband, Griffith Harsh IV, is a neurosurgeon at Stanford University.) Her cost-cutting efforts at HP have produced an 86% rise in the stock price during the last year, and Whitman, 57, recently hinted that the company may be poised to make an acquisition.

Earlier this year Rometty (rhymes with “spaghetti”) said she would not accept her annual bonus after the tech giant she runs failed to meet quarterly earnings expectations. Rometty, 56, is pushing IBM into new areas such as so-called cognitive computing to offset slowdowns in other parts of the business. And while she didn’t receive a bonus, the CEO is well compensated for her efforts: According to consultancy Equilar her 2013 total compensation was $14 million.

When Woertz, 61, started her first job as an accountant at Ernst & Young, she was one of two women in the 200-candidate pool. She’s led the U.S.-based agribusiness company since April 2006, pushing ADM to expand globally. Plans to takeover Australian agribusiness GrainCorp stalled last year, but that won’t stop Woertz from expanding ADM’s global reach.

Last year Agustiawan, 55, was reappointed to a second five-year term as CEO of Indonesia’s state owned oil and gas company. Under her lead, Pertamina has bought several oil and gas blocks overseas and is currently looking to gain control of Indonesia’s top gas producing field. Agustiawan is after aggressive growth: The goal is to increase oil and gas assets nearly five-fold by 2025.

Hewson, 60, is a 30-year veteran of the aerospace and defense giant, is expanding into new areas to offset tightening defense budgets. Last year, Lockheed purchased a Scottish transportation business, a German air traffic management company, and a Massachusetts cybersecurity firm.

The South Africa native and former Latin teacher, Kelly taught Latin in Zimbabwe before working as a teller in 1980. Twenty-two years later she became the first female head of Westpac with an estimated comp of $8.57 million. Kelly, 58, is an outspoken advocate for advancing women in the workplace, she has said she plans to have women make up half of Westpac’s senior management by 2017.

Vasudeva, 58, made history by becoming the first woman to lead an Indian oil company. A graduate of India’s prestigious Indian Institutes of Management, she has more than 36 years of experience in the petroleum industry.

Since becoming CEO in 2009, Kullman, age 58, has remade the 112-year-old conglomerate. Among her most high-profile moves: A 2011 acquisition of Danish enzymes-maker Danisco and 2013 plan to spin off DuPont’s performance chemicals unit. (The company recently said it is considering financial alternatives to the spinoff.)

Rosenfeld, age 61, engineered the 2012 split of Kraft Foods into a grocery products business (which retained the Kraft name) and a snack foods company (Mondelēz). The maker of Oreo cookies and Dentyne gum debuted last year on the Global 500 at 313. It tumbles 15 spots.

Meyrowitz, 60, who earned more than $20 million last year, according to consultancy Equliar, is the highest paid woman running an American Global 500 company. Investors might argue that she’s worth it: Since she took charge of the discount retailer (parent company of TJ Maxx, Home Goods and Marshall’s) in 2007, revenue has grown from $16 billion to $27 billion.

Li, 47, has been the head of China’s state owned machinery and pharmaceuticals conglomerate since 2005. During the past six years of her tenure Genertec has seen a 53.3% increase in profits. She is also the Vice Chairman of the Democratic National Construction Association and has pushed for medical and environmental reform.

Good, 55, has made a career of being a pioneer: She was the first female partner at accounting firm Arthur Andersen. She later became the first woman CFO at Duke Energy and last year became the power holding company’s first woman CEO.