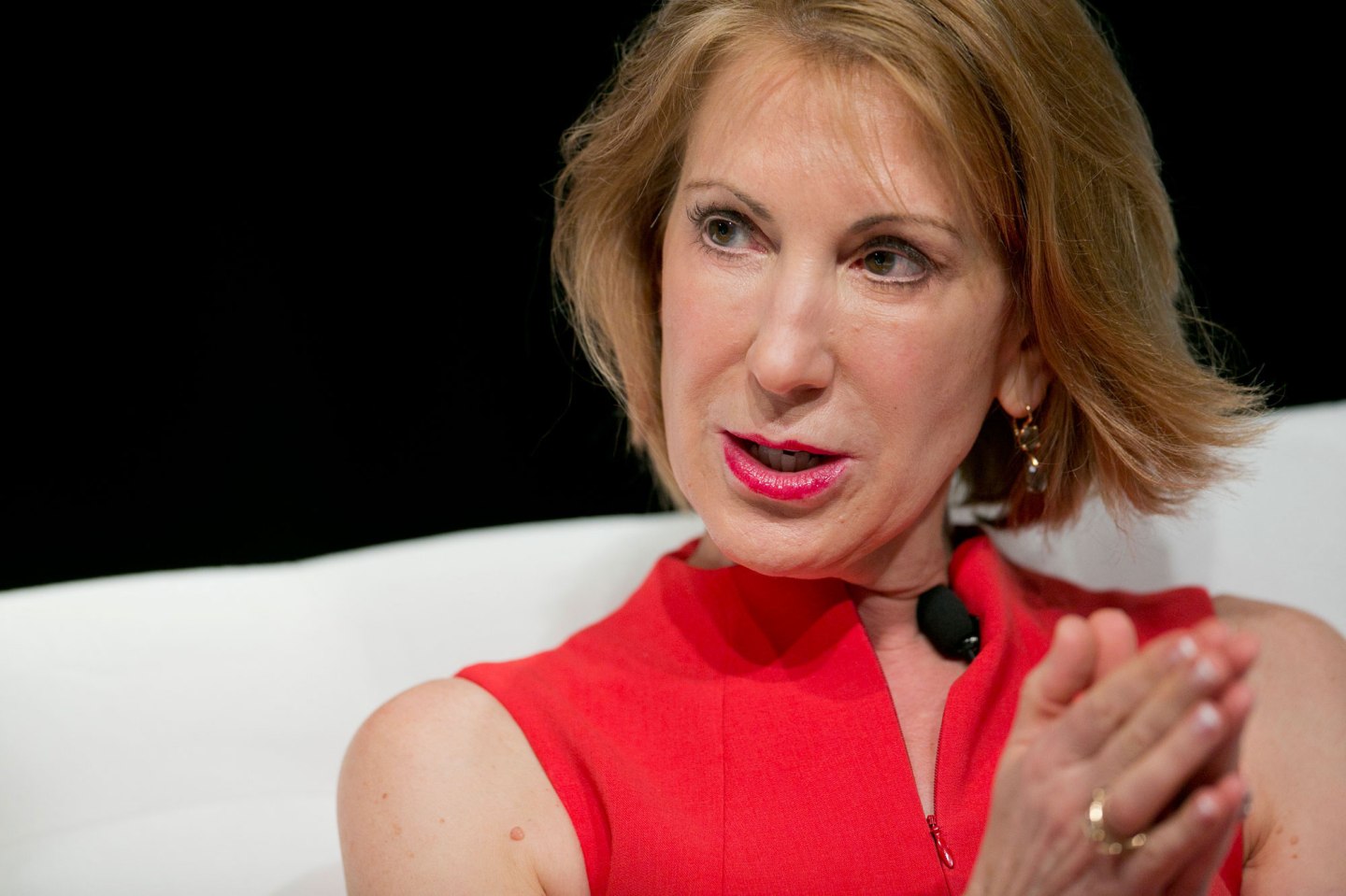 Is Carly Fiorina the dark horse candidate in the GOP race for President?

That’s what Megyn Kelly proclaimed on Fox News this week, after the former Hewlett-Packard (HPQ) CEO rallied the Republicans at the Freedom Summit in Iowa and earned rave reviews there. “We must win in 2016,” Fiorina said in an interview on The Kelly File, sounding very much like a candidate. “I don’t think this country can endure four years of Hillary Clinton or Elizabeth Warren.”

Fiorina, 60, hasn’t yet announced she’s running, but as she told Kelly on Monday, “it is something that I’m giving very serious consideration to.” We bet she’ll run…because whatever the challenge she’s faced, Carly possesses more ambition than she first lets on.

Fortune knows Fiorina well. She was on the cover of the very first Fortune Most Powerful Women issue, in 1998, when she had had only one story written about her, in Investor’s Business Daily. At the time, she was a 44-year-old hotshot at Lucent Technologies. She had risen from entry-level sales to the very top of Lucent’s largest division, Global Services, and she had closely advised then-CEO Rich McGinn on the company’s IPO, which was a whopping success. (Ah yes, the gogo days of telecom!)

The daughter of an artist mother and a law professor who prodded her to follow in his footsteps, she rebelled by quitting law school and flying off to Italy to teach—and eventually landed at the entry level of AT&T (T), where she went on to shine in sales. Fiorina knew how to sell products, ideas, and herself—and more power to her. I’ll never forget going to Lucent headquarters in New Jersey in the summer of 1998 to interview Pat Russo, who later became Lucent’s CEO, and little-known Fiorina, whose charisma and career story turned out to be captivating.

The next day, I told my bosses that Fiorina was such a comer that she could be No. 1 on our first MPW list. Back then, Mattel (MAT) was the only Fortune 500 company led by a woman (Jill Barad), so we bumped Fiorina above her and Oprah Winfrey to anoint her the No. 1 Most Powerful Woman in Business.

The world noticed. Ten months later, the HP board recruited Fiorina to be the new CEO of the tech giant—”a Fortune 11 company,” as Fiorina liked to remind investors about the power of her perch.

“My strength is my strength, but it also can be a weakness,” Fiorina once admitted to me, explaining that her style too often worked against her. Granted, she’s suffered the unduly harsh judgement (that narrower band of acceptable behavior) that cripples too many high-flying women leaders. But Fiorina has always struggled to channel her fierce ambition. Passionate in every pursuit and often prickly toward her doubters, she showed her budding political will (and talent for campaigning) when she waged a drag-on proxy fight for HP to buy Compaq. She won. But she lost her more critical leadership campaign when her brashness turned off too many senior managers and her board of directors. The HP board fired her, very publicly, in 2005.

Fiorina moved on advise John McCain in his 2008 Presidential bid, and then she waged a couple battles of her own. She fought off breast cancer in 2009. A year later, she ran against veteran Barbara Boxer to represent California in the U.S. Senate, and she lost.

Now, Fiorina says, she’s interested in running for President because the federal government needs fixing. If—or when—she begins her official campaign, there will be no shortage of ways to attack Fiorina—her failed Senate bid, her ouster from HP, her leadership style—but she’s worth watching because she’s knows how to fight, and she enjoys it.

And for the GOP, she’s already proving herself to be a handy weapon against Hillary Clinton. “Like Hillary Clinton, I too have traveled hundreds of thousands of miles around the globe,” Fiorina said at the Freedom Summit. “But unlike her, I have actually accomplished something. Mrs. Clinton, flying is an activity not an accomplishment.” Ouch! That’s hardly fair or realistic, but we can fantasize: Wouldn’t Carly vs. Hillary be fun?