In Mesa, Ariz., Apple goes with Plan B 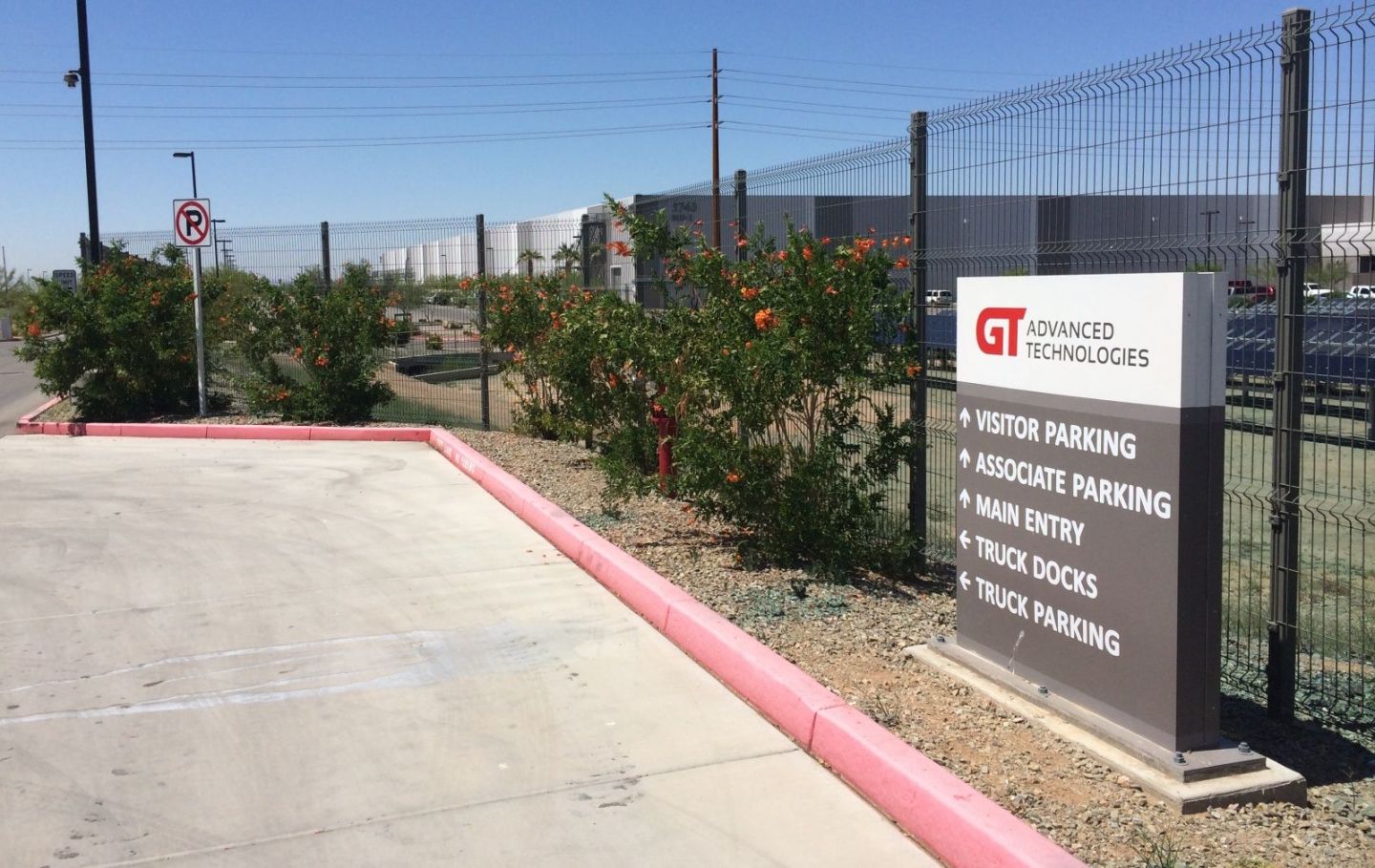 Photograph by Buster Hein/Cult of Mac

When Apple’s dreams of cornering the market for big sapphire screens collapsed last year with the bankruptcy of its sapphire supplier, many assumed that Apple would simply take over the Mesa, Ariz., factory it built two years earlier and grow its own scratch-proof gems.

But Apple seems to have moved on. Rather than abandon the factory — and renege on whatever promises it made to Arizona to bring jobs to the state — it’s come up with a Plan B.

The plan is to build a $2 billion “command center” for the network services Apple markets as iCloud.

“This multi-billion dollar project is one of the largest investments we’ve ever made, and when completed it will add over 600 engineering and construction jobs to the more than one million jobs Apple has already created in the U.S.,” the company said in a statement. “Like all Apple data centers, it will be powered by 100 percent renewable energy, much of which will come from a new local solar farm.”

Six hundred engineering and construction jobs — some of them temporary — is a lot less than 2,000. That’s how many new jobs former Gov. Jan Brewer said Apple would be bringing to the state when she broke the news in November 2013 that the company had teamed up with GT Advanced Technologies to build the world’s largest sapphire production plant in Mesa.

It’s also fewer than the 650 jobs GTAT eliminated after it filed for bankruptcy last year.

But the point is, they are jobs that are coming to Arizona.

“I got the impression from Apple that they wanted to do the right thing,” newly inaugurated Gov. Doug Ducey told Bloomberg’s Tim Higgins. A spokesperson for Ducey told Reuters that the $2 billion investment will stretch over 10 years with a 30 year-commitment from Apple to keep the facility running,

The project drew praise from Greenpeace for “delivering on its commitments to be 100% renewable,” but there may be other environmental concerns. “Please explain,” tweeted reader Rose Bellitzia, “where Apple is going to get the water, in a drought, in Mesa, AZ to build/run a data center.”