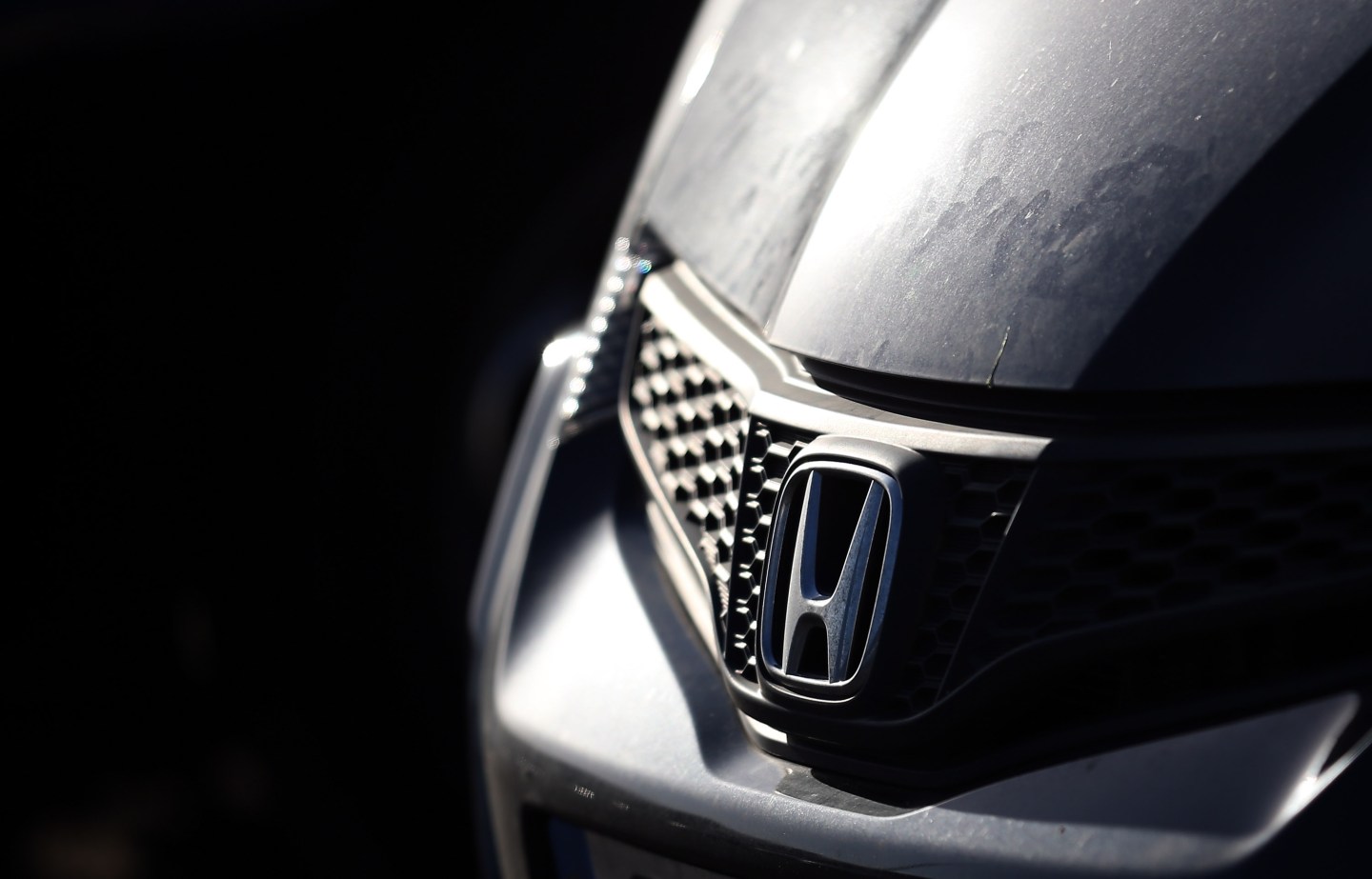 SWINDON, ENGLAND - JANUARY 11: The Honda logo is seen on a worker's Honda Civic parked in the car park at the Honda car assembly plant following the announcement that the firm is to axe 800 jobs on January 11, 2013 in Swindon, England. The Japanese car maker, which employs 3500 people and assembles the Civic, Jazz and CR-V models at the Wiltshire plant, blames weak demand in the Eurozone for the cuts. (Photo by Matt Cardy/Getty Images)
Photograph by Matt Cardy — Getty Images

Japanese automaker Honda trimmed its expected fiscal year 2015 (ending in March) earnings by 6.5% today, setting aside hundreds of millions of dollars to cover an extended car recall to replace potentially faulty air bags made by Takata.

Honda previously forecast 770 billion yen ($6.5 billion), but has set aside an extra 50 billion yen to cover what it said were quality-related costs including the Takata air bag recalls, leaving expected earnings at 720 billion yen ($6.1 billion). Still, Honda’s Executive Vice President Tetsuo Iwamura said, “We are not seeing a big impact on sales in North America from the air bag issue.”

Here are some other key points from Honda’s latest earnings report.

What you need to know: In the three months ended December, Honda said operating profit skidded 22.5 percent to 177.2 billion yen ($1.5 billion) from 228.57 billion yen ($1.9 billion) in the same period a year earlier. That was below the 189.11 billion yen ($1.6 billion) forecast by Thomson Reuters SmartEstimate from a poll of 10 analysts. Honda blamed these lowered earnings not only on the recalls, but on increased competition in the Japanese market. Honda sold 162,000 cars in Japan last quarter, down from 216,000 the year before.

The big number: Japan sales trouble is leading Honda to reassess its expected sales volume for the fiscal year. Honda also said it now expects to sell a total of 4.45 million cars this fiscal year, down from the 4.62 million it previously forecast, as sales in Japan fall short of its original target. With new model launch delays and fierce competition in the domestic small car market, Honda now expects to sell 790,000 cars in Japan this year, 11 percent below the 890,000 it previously expected.

What you may have missed: Though it wasn’t directly addressed in the earnings report, there’s another concern of Honda in the short-term: fuel prices. Generally, you’d think lower fuel prices are good for an automaker. When gas is cheap, people are more likely to buy a car and take advantage of that energy savings. Not so much for Honda, though. The company tends to to well selling cars to people concerned about fuel economy, which people are less likely to buy with gas prices so low. “The fall in fuel prices represents a body blow to Japanese automakers,” said Merrill Lynch analyst Kei Nihonyanagi, speaking before the third-quarter results were published.