Do NFL cheerleaders need their own Bill of Rights? 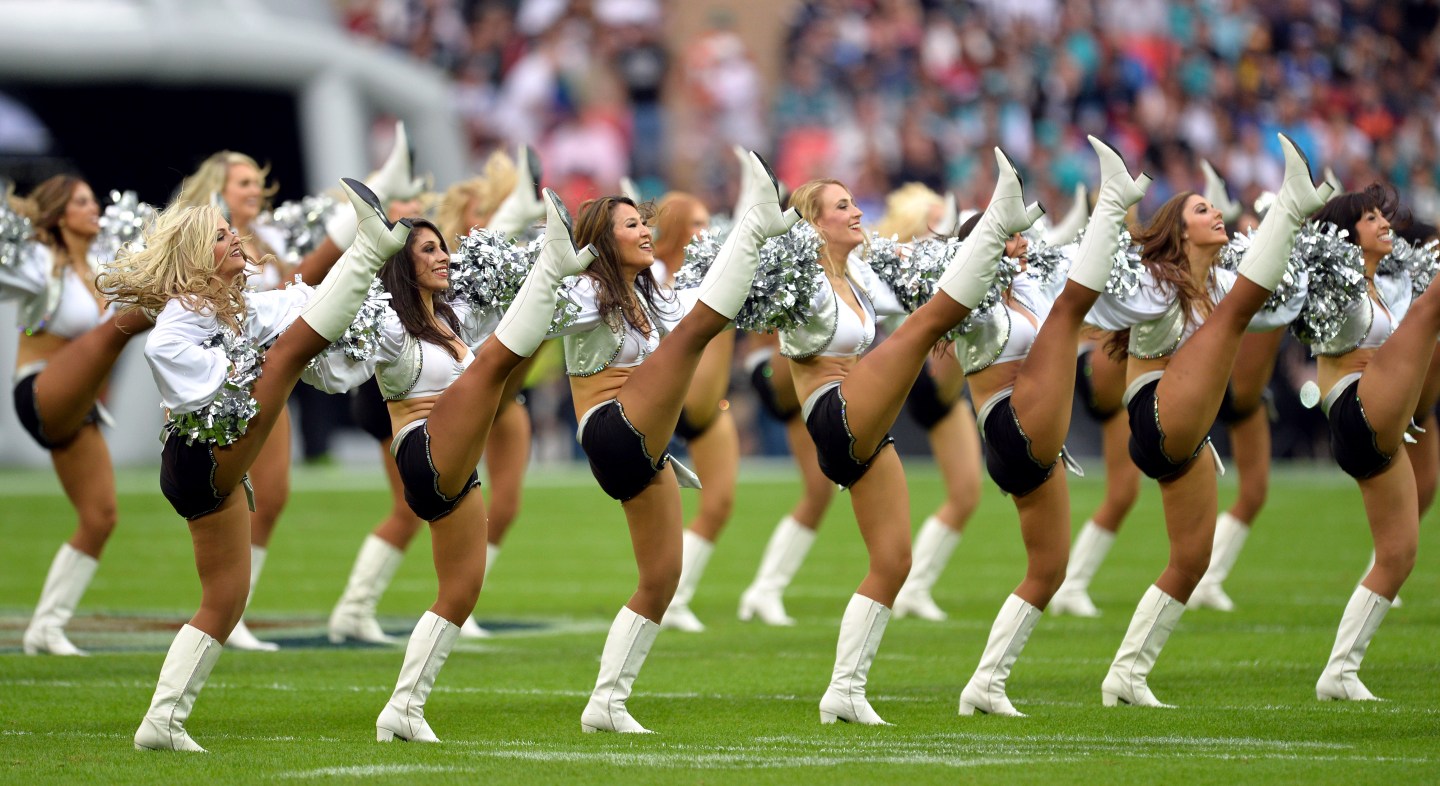 Four days before some 100 million viewers tune in to watch the New England Patriots and Seattle Seahawks battle in Super Bowl XLIX, a California lawmaker introduced a bill to protect the rights of women like those who will be dancing on the sidelines on Sunday.

On Thursday, Assemblywoman Lorena Gonzalez, a Democrat from San Diego, announced a bill that would consider cheerleaders as employees under California law and require professional sports teams in the state to grant them the same rights as other employees. The legislation aims to protect cheerleaders from workplace violations, like unpaid overtime and having to pay for work expenses with their own funds.

“If the guy selling you the beer deserves a minimum wage, so does the woman entertaining you on the field,” Gonzalez, a former Stanford University cheerleader, said. “All work is dignified and cheerleaders deserve the respect of these basic workplace protections.”

The bill comes in the wake of a landmark class action wage theft lawsuit filed by two former Raiderettes against the Oakland Raiders, which highlighted alleged workplace abuses that professional cheerleaders endure. In September, the Raiders paid $1.25 million to settle the lawsuit, which claimed that the Raiderettes were paid a lump sum of $1,250 at the end of the season for their work, amounting to as little as $5 per hour. The lawsuit also said that cheerleaders were not paid for all the hours they worked and were forced to pay for job-related expenses out of their own pockets. With the settlement, the Raiders started paying its cheerleaders California’s minimum wage: $9 per hour.

The NFL, which was named as a defendant in a second cheerleader wage suit against the Raiders, has maintained that cheerleader pay is a “team matter.”