How female founders can join the Unicorn Club 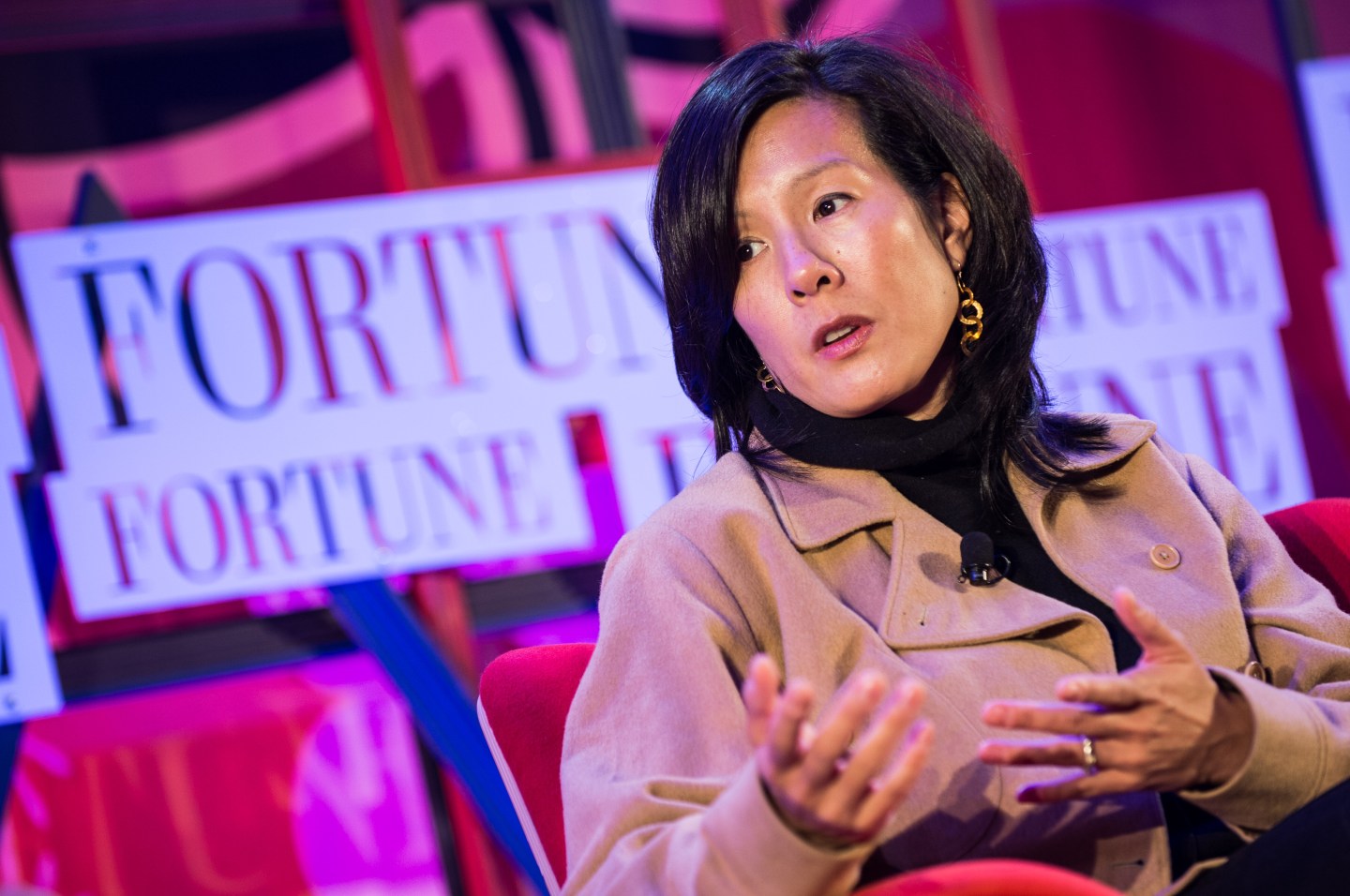 Fortune‘s latest cover story, “The Age of Unicorns,” details the rise in the number of tech companies that are valued at $1 billion or more. The once-rare designation—hence the mythical name—is now shared by more than 80 startups.

The Unicorn Club remains exclusive. The Decacorn Club, with valuations of $10 billion or more, even more so. But the most exclusive one of all?

Just four companies on Fortune‘s Unicorn List have female CEOs—about five percent of the total. A handful more have female co-founders on their leadership teams. Many entrepreneurs and venture capitalists have acknowledged a rise in the number of female-founded startups.

So why aren’t more unicorns led by women?

Aileen Lee, the venture capitalist who made the term famous, has some thoughts. She says that the shift in the number of women-led unicorns hasn’t been “as dramatic as it should be or we want it to be.”

Women famously struggle to raise capital. Eighty-five percent of companies that were funded between 2011 and 2013 have no women on their executive teams, according to Babson College researchers. The firm Lee launched in 2012, Cowboy Ventures, is “open for business for supporting a more diverse group of founders.” She believes female founders (and teams with more diversity) will drive “awesome” returns.

Until Lee’s viewpoint spreads down Sand Hill Road, aspiring female founders have a handful of role models to emulate. Founder-CEOs such as Elizabeth Holmes of blood diagnostics upstart Theranos, Lynn Jurich of solar energy provider SunRun, and Adi Tatarko of home renovation and design platform Houzz have proven that it’s very possible for women to build companies that cross the billion-dollar hurdle.

Tatarko, who started Houzz with her husband Alon Cohen in 2009, joined the Unicorn Club after raising $165 million in 2014, but that was never her goal. “It’s too difficult to start and run a business for [reaching a billion-dollar valuation] to be your ultimate objective,” she says. “It will be very hard to get up in the morning if that’s all that drives you.”

Bootstrapping in the early days can be invaluable experience, she says. “Spend the first six to 12 months building a great product or service that people love, rather than chasing investors,” she explains. “When the time comes to engage investors, you will be meeting them from a position of strength. This makes all the difference.”

Eventbrite, the online ticketing service, became a unicorn in March. Co-founder Julia Hartz echoes Tatarko’s sentiment. When she started the company with her husband Kevin in 2006, the duo approached more than 20 venture capital firms with their plan and left each meeting empty-handed. Three years later, the Hartzes reapproached VC firms with a list of accomplishments. It was “a very different conversation,” Hartz says, one that allowed them to choose their backer: Sequoia Capital. “Once you show traction and results, it’s much easier to get people to dream about the future with you.”

Not everyone can afford to be as patient (or clever) as Tatarko and Hartz. For women looking to raise money now, it’s all about the pitch. Lee says women “tend to do best when they present themselves as Type-A leaders on the more aggressive, confident side.” They should also be very on top of their numbers, concise, and high energy. “Male founders who come across as Type B are more likely to get the benefit of the doubt” than women with similar personality traits, Lee says. They’ll be perceived as “creative geniuses.” The same reaction rarely happens with women.

One of the reasons that fake-it-till-you-make-it, Type-A approach may work is because it exudes confidence—an elusive trait for some women. Hartz recently spoke as part of a course at Stanford University called “Entrepreneurship from the Perspective of a Woman.” She says she snuck in early to the all-female class and when the professor asked questions, there was a 20 to 30 second pause before the first hand went up. “Without a guy jumping in, there was silence,” Hartz says, “We were all raised in a society where females are getting signals to have a confidence gap. We have to build that muscle.”

That confidence starts with a great product or service. “Focus on doing something you are truly passionate about, and on building a product or service that people need, want and use,” Tatarko says. Hartz says she and her husband’s focus has always been on gross ticket sales. “We were talking about a billion in gross ticket sales well before we talked valuation,” she says. “That hasn’t changed much.” Kirsten Green, founder of Forerunner Ventures, says companies that are working to turn services that people are excited about into products also get investors excited. “Somewhere along the lines, it becomes a fulfilling prophecy,” she says. “[Entrepreneurs] justify more money to get more growth.”

As the company gains traction, hiring talented people who create more value—and more investor interest—also help support a sense of self-assurance. “There’s no greater lever for excellence than hiring and growing and retaining the best team,” Hartz says. Lee says many successful unicorns elevated the quality of their strategy and execution when they hired more experienced executives. Facebook (FB), for instance, made key hires such as COO Sheryl Sandberg, former CFO Gideon Yu, and former sales chief Mike Murphy as its growth took off. “There are a lot of benefits to having a team of young people, but there are many benefits to having people who’ve made a lot of mistakes,” says Lee. “Making those decisions to bring in talent can have huge impact.”

The number of female role models in the Unicorn Club will continue to grow, Lee says. Female-founded companies such as Rent the Runway, Minted, One Kings Lane, and Stella & Dot all have the potential to reach billion-dollar valuations in the near future.

Hartz agrees. “There’s definitely a shift in the air,” she says. In Eventbrite’s early days, she was the only female founder in their building in San Francisco’s Potrero Hill neighborhood. (It also housed TripIt, Zynga, and Trulia.) Today Hartz knows many more female entrepreneurs. “It’s like watching a glacier,” she says, “but you have to have patience. The makeup will shift over time.”