Israel is selling the company that makes Uzi sub-machine guns 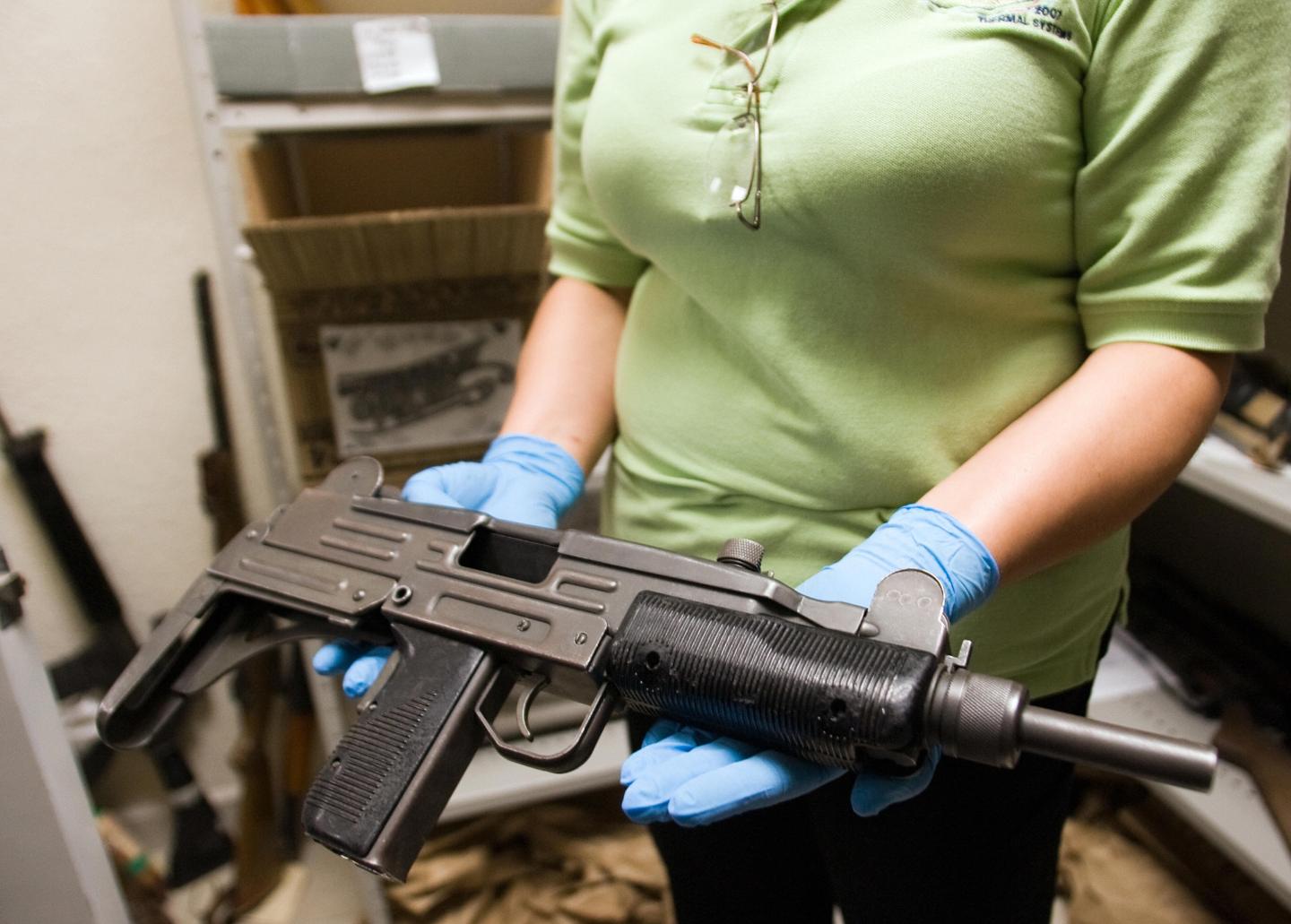 A criminologist shows a "Uzi" submachine gun used by local drug traffickers, at the Criminology Laboratory on May 28, 2008 in Ciudad Juarez, state of Chihuahua, north Mexico. Mexico is being whipped by a war among drug cartels disputing their place and the trafficking to the United States with unusual ferocity and sophisticated arms on June 11, 2008. Executed, beheaded, tied and tortured bodies with messages against rival bands, or threatened police and street announcements are part of the geography of violence in several states of Mexico. In the course of the year, there were at least 1,378 deaths, 47% more than in the same period in 2007. AFP PHOTO/Alfredo Estrella (Photo credit should read ALFREDO ESTRELLA/AFP/Getty Images)
Photograph by Alfredo Estrella — AFP/Getty Images

The company that makes perhaps the world’s most famous gun this side of the AK-47 is up for sale, according to a Bloomberg report.

Israel Military Industries Ltd., which manufactures the Uzi sub-machine gun, is to be put up for sale by the state of Israel. Israel’s Government Companies Authority expects the sale of the gun company to be completed by 2016 and bring in around $500 million.

This is the start of an anticipated broader privatization effort in Israel, Bloomberg notes. Other companies — including ones that run the country’s ports, railroads, and post office — are also expected to be sold in the coming years. The effort is expected to bring in 15 billion shekels ($3.75 billion) over the next 3 years, the report said.

In October, Reuters noted that Benjamin Netanyahu, currently Israel’s Prime Minister, has long been an advocate of privatization of state-run businesses in Israel. When he became finance minister a decade ago, he sold off a number of companies, including state banks and El Al, the airline servicing the Middle Eastern nation. Netanyahu considers privatization a key part of transitioning the country to a free-market economy.