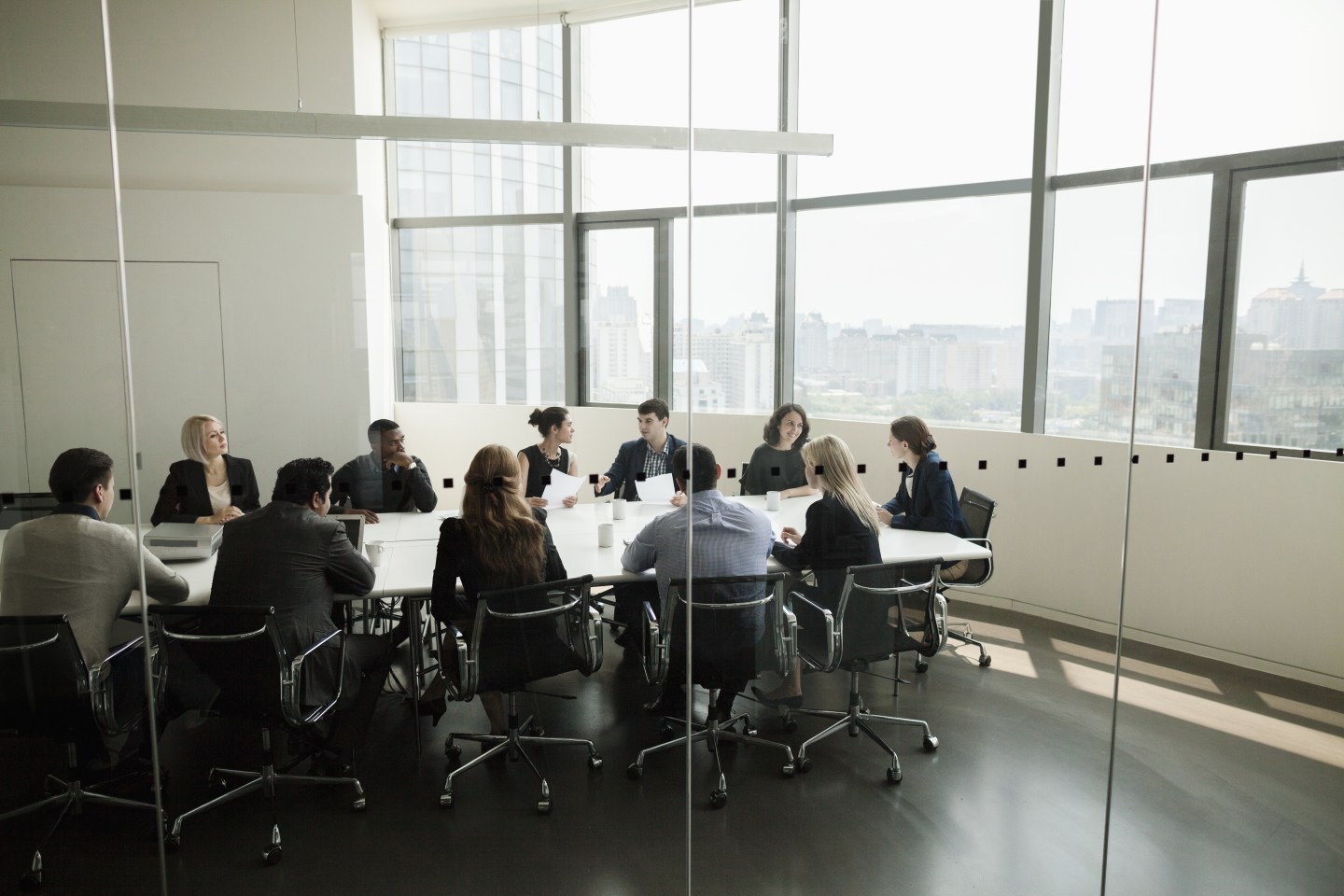 When Ryan Janssen worked at Motorola, he’d get a sick feeling in the pit of his stomach every Sunday afternoon. He dreaded going to work the next day. Not because he didn’t like the actual work—that part was great—but because he hated the insincerity and politics that come with navigating a large organization. “I think this is unconsciously taking a huge toll on peoples’ happiness,” he says.

He eventually left that job and built what became Memo, a mobile application for anonymous workplace conversations. Today he announces the company has raised $950,000 in seed funding led by ffVC, with participation from New York Angels, Hudson River Angels, and Rose Tech Ventures.

Memo sounds like a company’s worst nightmare. Anyone can sign up. Once they verify their employer through an email generated by LinkedIn, they can begin posting anonymous messages about their employers. Topics range from compensation to whether a project is going to succeed or failure to the overall strategy of the company. It is designed to be a safe place to talk about frustrations (or happy moments!) at work with no repercussions.

That is, until the company catches wind of it. Since launching in beta late last year, 10,000 people from up to 1,000 companies have begun posting messages on Memo. The startup has already gotten several cease-and-desist letters from employers.

Janssen turned at least one meeting that started with a legal threat into a potential client. That’s the goal—Memo wants companies to get on board with radical transparency. “You can either become a transparent company peaceably, or your employees can open it up for you,” he says. “Ultimately we think they will want to play a role, and we’re going to give them the tools for that.” Those tools include data analytics on employee sentiment, moderation services, and the ability to engage with employees in an official capacity, which the companies will pay to access. Memo is still building these tools, which it will release in the second quarter.

Janssen believes Memo can help companies save money and operate more efficiently. It sounds crazy, but to hear Janssen tell it, you can’t help but agree—at least in theory.

The job of a manager is to evaluate employees and collect information. But because a manager evaluates an employee, he or she will never get the full truth from that employee. “You’re always going to hear exactly what you want to hear,” he says. “Management is always looking at a mirror of their own creation.”

He continues: “The number one problem of companies making mistake after mistake is that they don’t know what their employees already know.” For example, “Project X is a multi-million boondoggle. We all know that right?” Or, “I’m a new employee and love the company, but everyone keeps telling me there are no raises without a promotion. Is that true?”

Janssen says Memo surfaces the things that everyone knows about a company except management. Wouldn’t good managers want that stuff to become known?

The biggest challenge Memo faces is the fact that many companies don’t want that—and they could punish employees for their anonymous complaints. Memo’s privacy policy is written in plain English—“Our lawyers hate this document,” Janssen says— and is placed front-and-center in the app. The only thing Memo knows about a person is their place of work and the random ID assigned to them at registration. Other anonymous apps collect data such as location, device ID, email address, Facebook ID, and the contents of one’s address book; Memo does not. Recently Whisper, a similar app, came under fire after The Guardian exposed that it collected more data about users than its terms of service let on.

Memo has avoided that possibility by collecting no data about users, even though it means the app will not be able to send personalized notifications as a result. “We went all the way on security because we know no system is un-hackable and anything is subpoena-able,” Janssen says. “We can turn over our entire database and they still would have zero information about who posted what.”