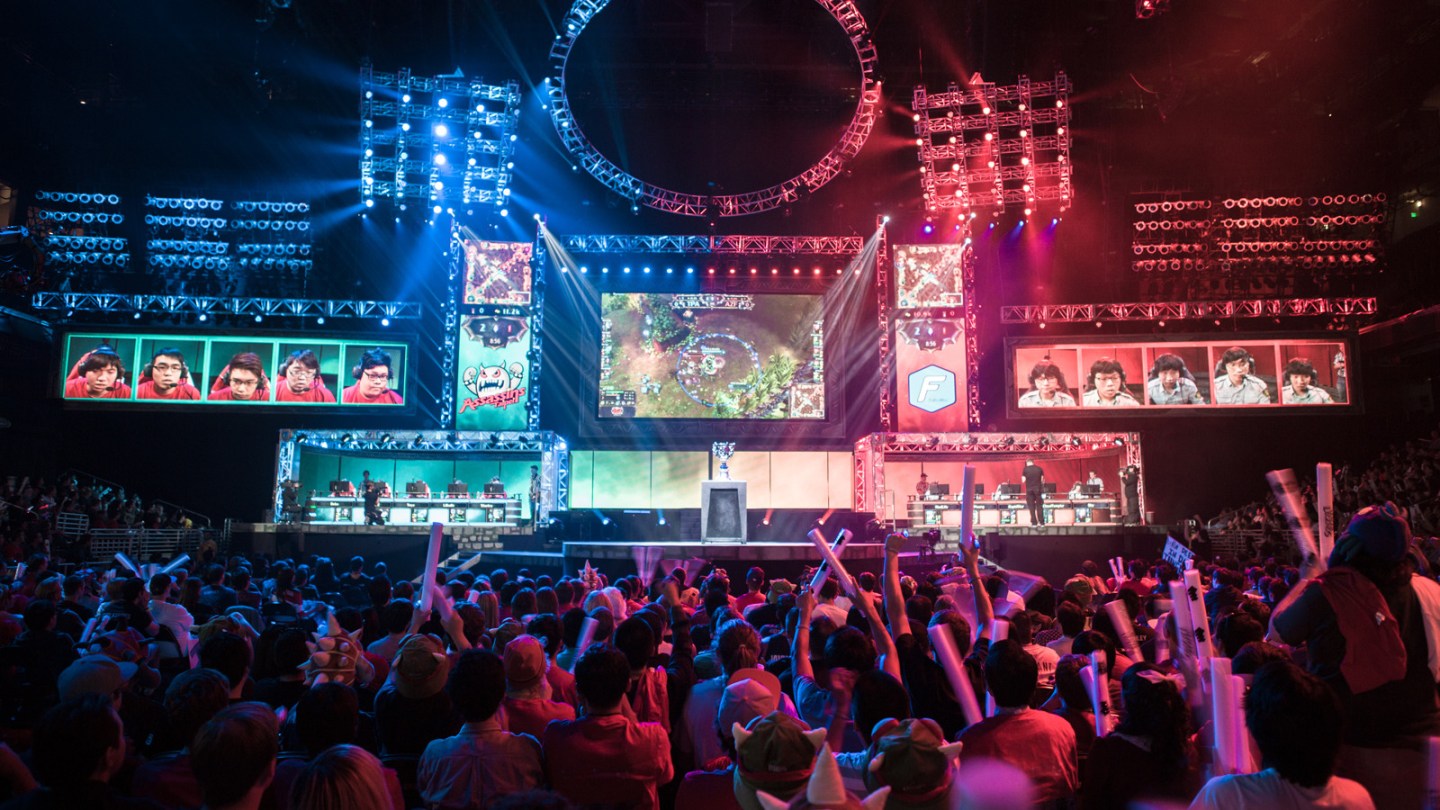 Professional video gaming, or e-sports, continues to cross over to the mainstream. According to a new report from Newzoo, a video game research firm, the global audience of e-sports enthusiasts will grow from 89 million last year to 145 million in 2017. There are an additional 117 million occasional e-sports fans that have followed big events this year, such as Valve’s Dota 2 International tournament in Seattle ($11 million in prize money) or Riot Games’ League of Legends Championship Series Finals (at the sold-out Sangram Stadium, home of the 2002 FIFA World Cup) in Seoul, Korea.

Both of these events were broadcast on ESPN3 as part of a new initiative to attract the elusive Millennial gaming audience to the Disney-owned (DIS) sports network. ESPN has also partnered with e-sports league Major League Gaming to make pro gaming part of the X Games, allowing the best Call of Duty players to compete at the same venue that leading extreme sports athletes—skateboarders, snowboarders, motorcyclists, off-road riders of all kinds—perform at. The Aspen, Colo. edition of MLG X Games, which launched this past June in Austin, will feature a Counter-Strike: Global Offensive competition that runs from January 23 to 25. Pro gamers will appear on MLG.tv, telecasts on ESPN and ABC, and across X Games digital channels.

Tim Reed, vice president of content and events for ESPN’s X Games group, says the move to incorporate video games is part of a larger initiative to reposition the franchise. “We’re bringing the best players in the world to the skateboarding and BMX side and we’re bringing the best gamers in the world on the gaming side,” he says. “When we did the event in Austin the tickets sold out and we had long lines for people waiting to get in and see what was going on. You could tell the impact the music and gaming had on the event. It felt right among all the other experiences; and the audience reacted to it.”

Mike Sepso, co-founder and president of MLG, says the first X Games broadcast on MLG.tv was viewed in 175 countries. Over the weekend, the X Games mobile app demonstrated the popularity of e-sports stars: on a dynamic list of “Most Liked” athletes, the first 26 spots were MLG Pro Gamers, ahead of popular conventional X Games stars.

ESPN first experimented with e-sports seven years ago—well before live-streamed coverage catapulted e-sports into a global phenomenon—by running MLG Top 5 segments, but the network was ahead of its time. Pro gaming content was a key driver behind the rise of Twitch, which Amazon (AMZN) purchased this August for $1 billion. The sports network also worked with game publisher Electronic Arts (EA) for four years beginning in 2005 with the “Madden Nation” reality TV series in which the best video game football players competed for cash prizes.

Raphael Poplock, vice president of games and partnerships for ESPN, has watched e-sports grow in recent years and has spearheaded the “opportunistic programming” around big events like the League of Legends Championship and Blizzard Entertainment’s StarCraft II World Championship. He says the ESPN3 simulcasts met the company’s expectations and has given it useful feedback to further evaluate e-sports as a draw for Disney as a whole, including collaborations with ESPN.com and Disney-owned Maker Studios, home to millions of gamers. “There’s a big audience behind these events and this content certainly attracts a younger demographic,” he says. “All of these game publishers are great at what they do and have a significant following for these games.”

North America is one of the fastest growing regions in the world for e-sports with 14 million enthusiasts and another 18 million occasional viewers in 2014, says Newzoo CEO Peter Warman. Global awareness of e-sports will grow at a compound annual growth rate of 21.6% over the next three years, he adds, generating worldwide awareness of e-sports for some 1.2 billion people by 2017.

In Korea, which is considered the birthplace of e-sports, there are two networks dedicated solely to pro gaming. Sepso says the primary benefit of e-sports content on TV is to introduce the sport and the personalities to new audiences. “One of the most interesting things about e-sports is that it’s the first new sport to evolve completely in digital and outside of traditional TV,” he says. “When I speak to people from traditional media, they are always astounded by the size of the e-sports audience but equally amazed that there is very little mainstream awareness.”

Live e-sports have grown from hotel ballrooms and convention centers to sold-out sports arenas around the globe. Could TV broadcasting help them reach the mainstream? It’s a start—and we’ll know that ESPN’s strategy succeeded when an e-sports feat shows up on a Top 10 list on “SportsCenter.”