Meet the asteroid mining executive of Davos: No joke 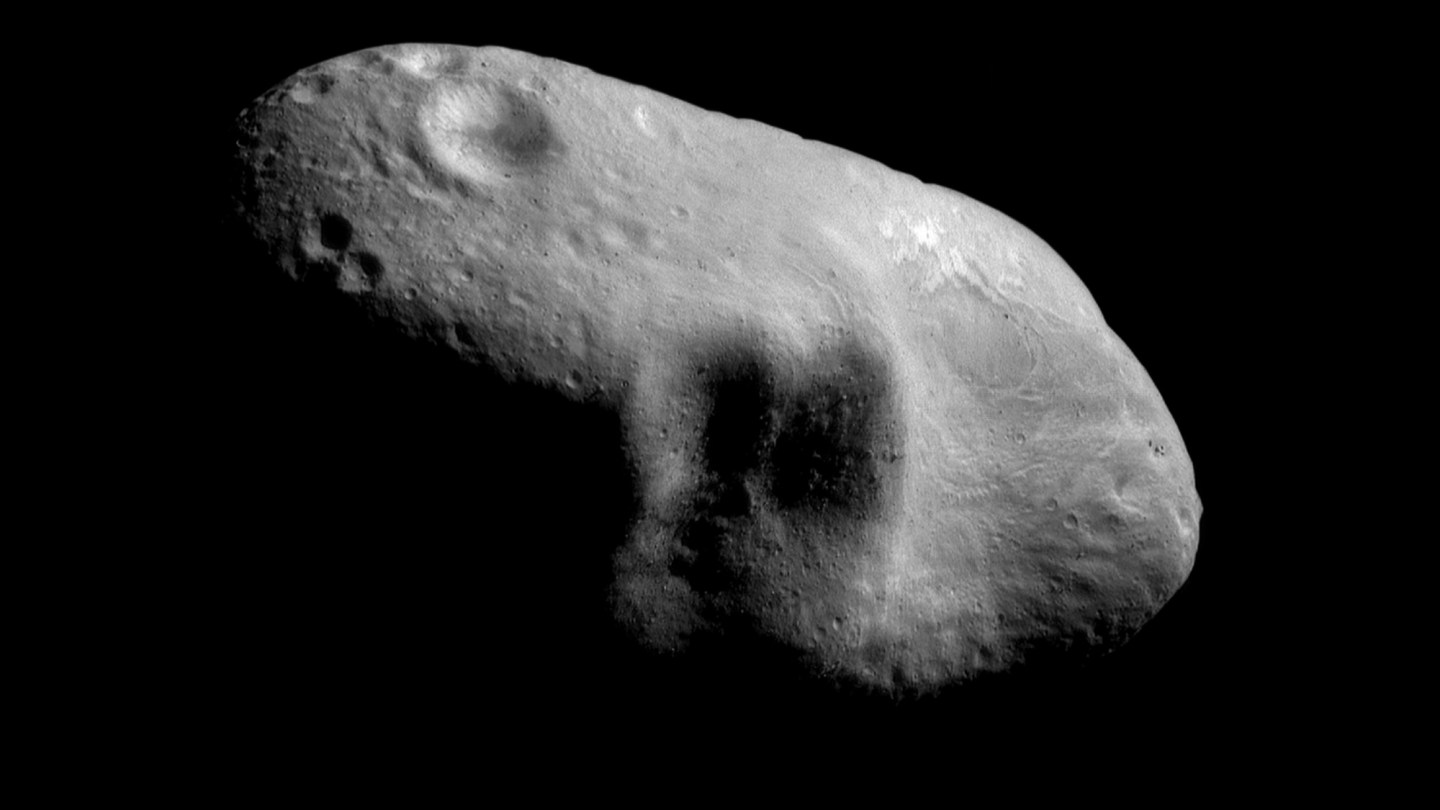 In Davos, you meet a lot of people who do interesting and unusual things. After all, those who are part of the global elite dream big.

On a shuttle, I sat across from someone who was fighting corruption in Angola and elsewhere. Next to me was the photographer Platon (he goes by one name), who chased Edward Snowden for a year before photographing him hugging a flag for Wired. He now has a non-profit that plans to raise awareness about human rights issues through portraiture.

But Chris Lewicki has by far the most out there (literally) job of anyone I have ever met at the World Economic Forum. He is an asteroid miner, or at least he wants to be one. He is the president and chief engineer of Planetary Resources, a company that soon hopes to launch rockets into space that will hook up with asteroids and start digging. Trapped in the rocks of asteriods, Lewicki says, is water. His company plans to melt the rocks they get from the asteroids to draw the water. Some of the water could be converted into rocket fuel by splitting off the hydrogen. His goal is to create roaming gas stations in outer space. The gas stations will also sell asteroid water. (Full disclosure: I am simplifying here. I met Lewicki at a wine-filled Davos party.)

This, of course, might sound a little far-fetched. Lewicki says Planetary is still a few years away from launching its firm’s mining rocket into space. The company hopes to extract just a single vial of water in its first mission. But if it can be done at all, Lewicki would be the one who’d know. According to his bio on Planetary Resource’s website, he was the flight director for NASA’s Spirit and Opportunity rovers that landed on Mars. He also has an asteroid named in his honor.

What’s more, the company—which was co-founded by Peter Diamandis, a space entrepreneur who made Fortune’s list of the World’s Greatest Leaders last year—has attracted some influential and high-profile funders. It has received investments from both Larry Page and Eric Schmidt of Google (GOOG). And other investors include Virgin Group’s Richard Branson, Ross Perot, Jr., and billionaire venture capitalist Ram Shriram. Lewicki says the company has also received some funds from traditional mining companies.

After I asked a few more questions about his company—like “is there really a lot of demand right now for gas stations and bottle water in outer space?”—Lewiski told me to stop being a critic. Every industry, he said, has to start somewhere. Yes. Dream big. This is Davos, after all.