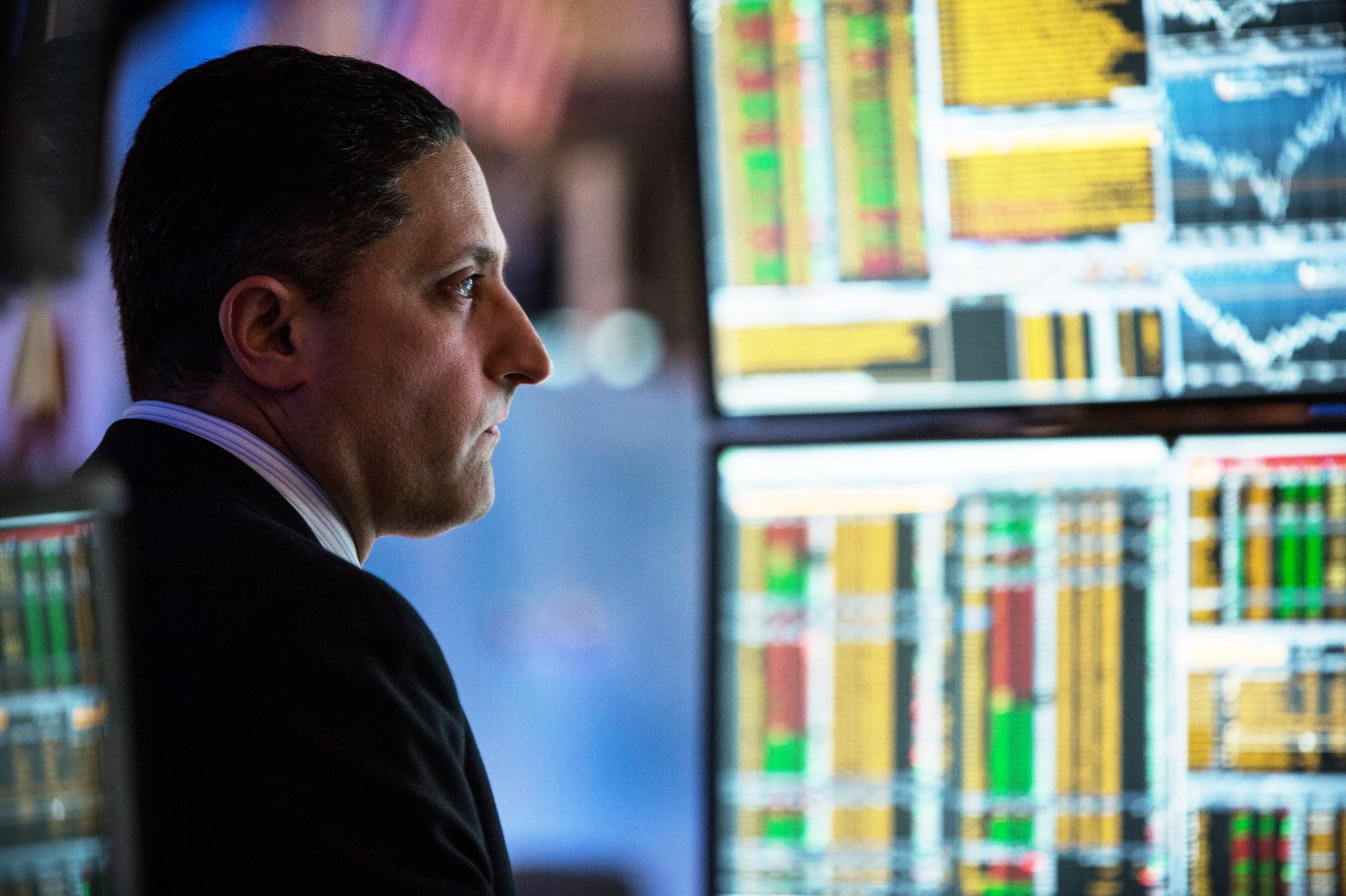 NEW YORK, NY - JANUARY 20: A trader works on the floor of the New York Stock Exchange during the afternoon of January 20, 2015 in New York City. The market closed largely unchanged from the beginning of the day. (Photo by Andrew Burton/Getty Images)
Photograph by Andrew Burton — Getty Images

Wall Street soared Thursday, with U.S. stocks chalking up their fourth straight day of gains, as the world’s stock markets cheered a European Central Bank stimulus program worth more than one trillion euros.

ECB president Mario Draghi said the central bank will buy a total of 60 billion euros in assets every month in an effort to stimulate the region’s economy that is reminiscent of the stimulus program put into place several years ago by the U.S. Federal Reserve. (Fortune took an in-depth look at the ECB’s larger than expected quantitative easing earlier today.) London’s FTSE 100 improved by 1% following the news on Thursday while Germany’s DAX rose 1.3%.

“It’s likely to impact yields everywhere,” said Aaron Kohli, an interest rate strategist at BNP Paribas in New York. “When you put this much stimulus into the markets, it’s going to go other places that you hadn’t intended, and one of those places is going to be U.S. debt.”

U.S. stocks rallied, with the Dow Jones industrial average jumping 260 points, or 1.5%. The Dow finished at 17,814, just a few points below where it started 2015. Meanwhile, the S&P 500 and the Nasdaq composite gained 1.5% and 1.8%, respectively, in a day that saw both indices wipe out all previous losses for 2015 seen earlier in January.

U.S. stocks have had a turbulent start to the year as low oil prices and concern over economic growth overseas have wreaked havoc on investor confidence and sent stocks on several losing streaks.