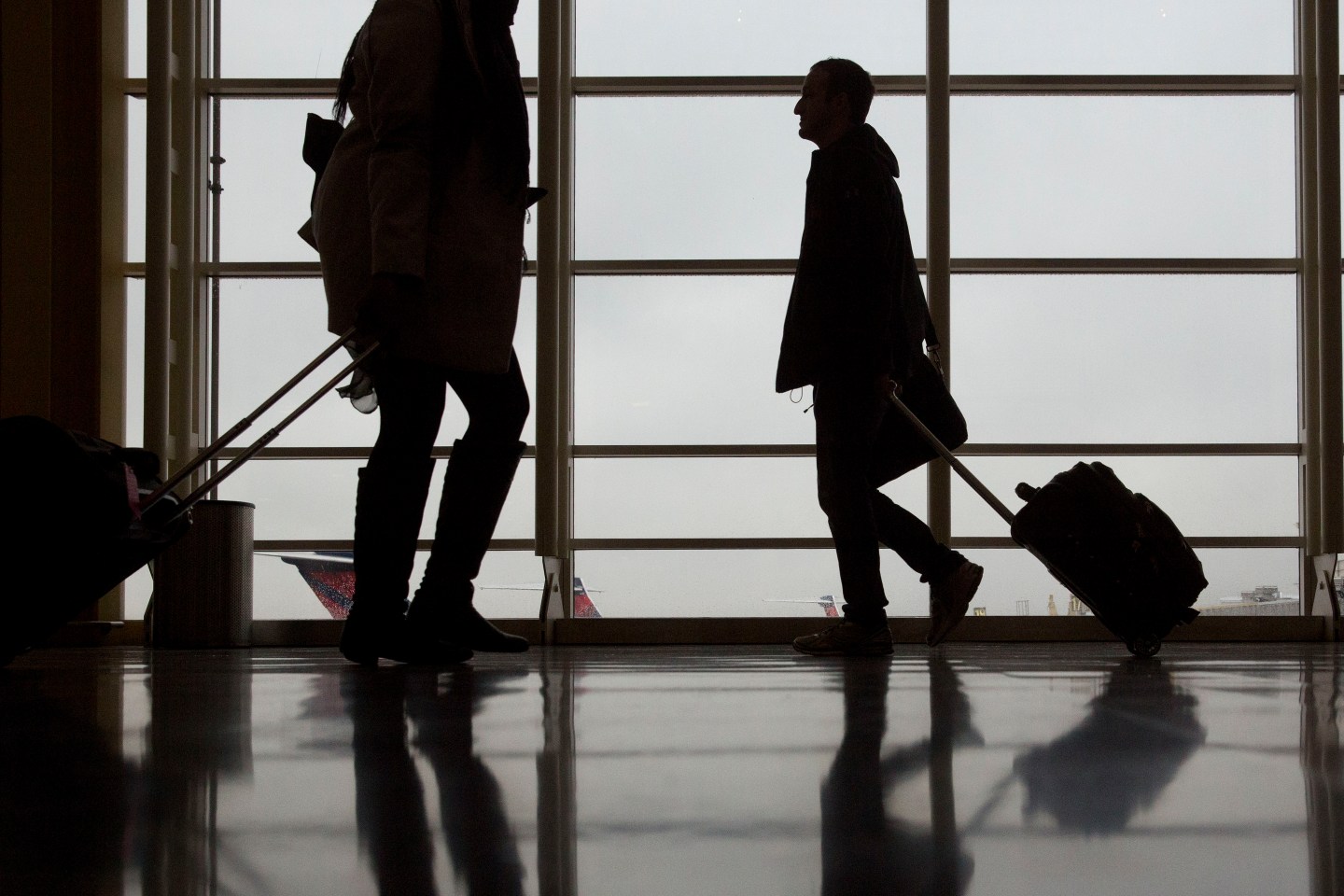 Travelers pull luggage through Ronald Reagan National Airport (DCA) in Washington, D.C., U.S., on Wednesday, Nov. 26, 2014. A storm dropping rain and snow on the U.S. East Coast on the eve of Thanksgiving Day is causing headaches both for holiday travelers and forecasters trying to determine how bad it will be. Photographer: Andrew Harrer/Bloomberg via Getty Images
Photograph by Andrew Harrer — Bloomberg via Getty Images

Starting sometime in the first quarter of this year, U.S. airline passengers will have a new option to avoid waiting in line at baggage carousels.

SendMyBag, a Northern Irish startup launched in 2011, is adding U.S. domestic flights to its list of services. Currently, American flyers can only use the door-to-door baggage delivery company when flying to another country.

Here’s how the service works: Users pay a base fee for luggage of any size, but they pay extra if they go over a specified weight limit (a small fee per pound that’s assessed during the transaction), rather than the sometimes large fees charged by airlines. SendMyBag picks up your luggage at your home and delivers it to your destination, whether that’s a hotel or another private residence.

Company’s founder and CEO Adam Ewart is looking to profit from a growing pain point for U.S. travelers. He recently told TechCrunch that he thinks baggage fees in the U.S. will soon reach $4 billion a year, up from $400 million a few years ago.

SendMyBag already offers a domestic service in the U.K. and some European countries. It also flies bags around the EU and to countries such as Australia, Brazil and China. In the 15 months prior to opening its U.S. office last year, SendMyBag shipped 100,000 pieces of luggage, according to Ewart.

Adding a domestic U.S. service to its menu of options will allow SendMyBag to go after customers on low-cost carriers that don’t offer a free checked bag, Ewart said. He noted that JetBlue (JBLU) announced late last year a new tiered ticketing system where the lowest tier doesn’t offer any free checked bags. That’s different from the transatlantic flights SendMyBag currently services out of the U.S., where at least one free checked bag is still generally offered; customers who use SendMyBag on the way out of the U.S. are generally just looking for the convenience of being able to avoid baggage claim, he said.

When the new service is launched in the next month or so, the base price will be $45 for a small or medium suitcase, Ewart said.