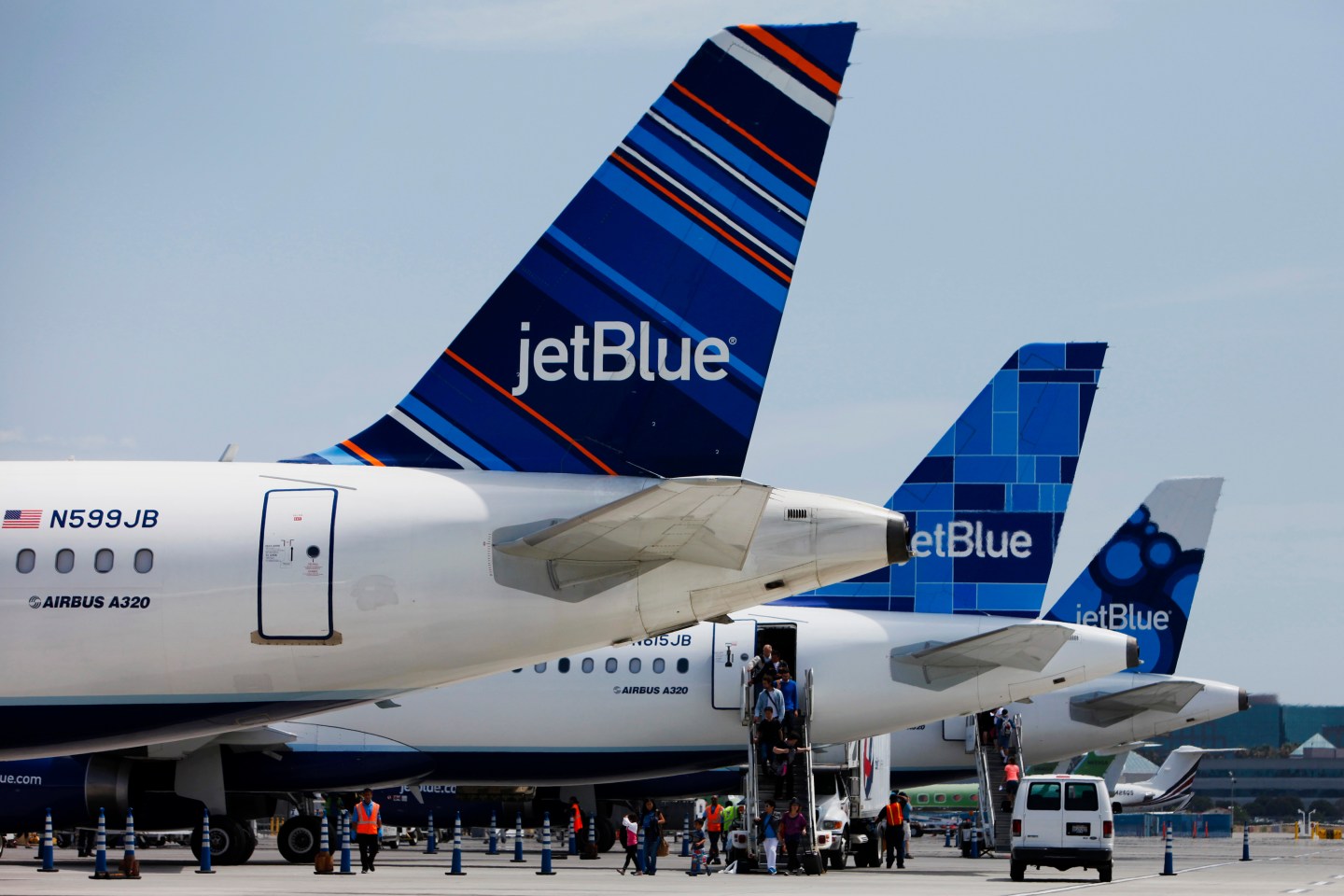 Things might be getting a bit tighter in JetBlue’s cabins—and a little bit pricier for those looking to check bags.

The airline announced today that it is looking to add 15 seats to all of the Airbus A320 planes in its fleet. This would reduce the seat pitch—the distance from any point on one seat to the exact same point on the seat in front of it—from 34.7 inches to 33.1 inches. That’s not good news, but it’s still more room than many of JetBlue’s (JBLU) competitors. Virgin Atlantic, for example, has a seat pitch of 32.6 inches, while Southwest’s (LUV) is just 31.3 inches. The extra room will let JetBlue increase the number of seats in its planes from 150 to 165. There are currently 122 A320s active in JetBlue’s fleet, according to ch-aviation.

According to a slide deck from JetBlue’s investor day today, this means investors can “expect annual incremental operating income of $100 million by 2019.” The new seats will also feature bigger seat back screens, more entertainment options, and power ports. The retrofitting of the A320’s will start in the third quarter of 2016 and will take about two years.

In addition to the new seats, there’s also a new pricing scheme coming for the airline. There will be three tiers: the first allow for no checked bags; the second allows for one bag; and the third allows for two. The tiers will be branded “Better,” “Even Better,” and “Best” (JetBlue has not yet disclosed prices for each new tier). In addition to the checked bags, the three “fare families” will have different benefits and will pay out different amounts of TrueBlue points per dollar.

The release from JetBlue also noted that Mint, JetBlue’s newly-launched premium service, will be expanding next year.

Read more about JetBlue’s strategy in this Money.com article: A New Era Has Begun for JetBlue, and Travelers Will Hate It.

Correction, November 20, 2014: A previous version of this story incorrectly stated that JetBlue’s Mint service to San Francisco would start next year. It began in October.