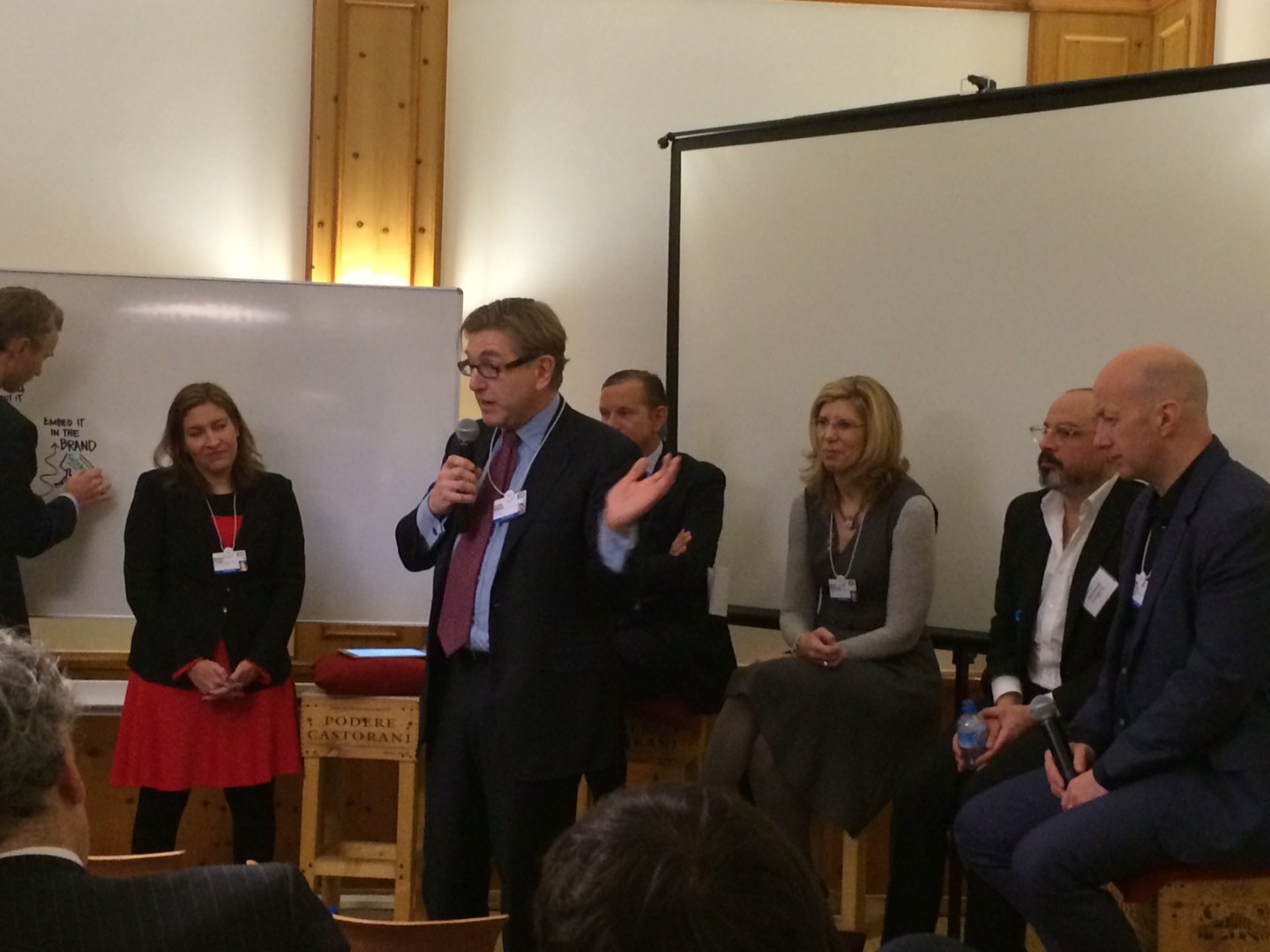 When Barri Rafferty first went to Davos in 2012, she didn’t know what to expect. But Rafferty, the CEO of North America at public relations firm Ketchum, had heard so much about the World Economic Forum’s annual meeting that she was anxious before attending.

“I rarely get nervous going into any situation, but listening to people who had been before talk about how overwhelming it is to be there got me a little nervous,” she said. “They call it a business marathon for a reason. It is a stamina sport that goes on morning, noon and night.”

While Rafferty may not have had a good handle on the actual goings-on of the conference, she had a hunch that female attendees would be in the minority. As a woman CEO, Rafferty is used to going events and being one of just a few women in the room. Sure enough, she was a minority at Davos her inaugural World Economic Forum.

This year, the percentage of women attending the global conference is expected to be 17%, a 2% improvement over last year. While Rafferty is not attending Davos’ 2015 conference, which officially starts on January 21, Fortune spoke with her about her experiences in 2012 and 2014.

Fortune: Why is Davos a good business opportunity for executives?

Barri Rafferty: There is no other place where you can go and get that much global business information. You come back with a lot of diverse thinking. At Davos there is the external agenda, which is really just the mainstream events at the conference that everyone goes to, but then there is a more informal agenda which is a lot of breakfasts and drinks and things. That’s really where you get an opportunity to meet with a lot of senior-level people.

As one of the few women at the event, do you feel like you stood out?

In the evening events in particular, a lot of men take their wives. When you are in [those] social settings, often people assume that you are someone’s wife. But as a woman in business at my level, you are used to not being in the majority so you really have to go into it with the kind of attitude that you are going to be there out drinking with the guys and enjoy the whole thing. But I think you are conscious about of it at times and say to yourself, ‘Wow we still have work to do.’

Only 17% of attendees at the event are expected to be women. Why do you think the percentage is so low?
What you are looking at is the people who are in the top positions at an organization. You get five slots to bring people if you are a big corporation. So if your company is going to send five people, they are going to look at their C-Suite people, which likely has fewer women. The World Economic Forum has worked hard to make sure that if you bring five people, one out of five has to be a woman. If there really is 17% women there this year, then at least we are making a little progress because it has been lower in the past.

Do you think the World Economic Forum gets unfairly blamed for the low number of women at Davos?
To me, it is a macroeconomic business challenge to get women into the top positions at the top corporations that go to meetings like the World Economic Fortum. It is hard to blame the forum, but the event has become a bit of barometer of how women are doing in top roles in corporations, politics and NGOs. It is a moment in time when we can count the number of women and see how we are doing.

What do you think is the No. 1 thing we can do to get more women into Davos?

Companies have to be cognizant of who they send. I don’t think when they think about their individual delegations they are necessarily thinking about gender. It is a different lens to put it though. If you asked 10 CEOs tomorrow how they choose, they probably don’t see the event as the same barometer for gender parity that we do. Gender parity needs to becomes a female and a male issue. It is just as important for women to [go to Davos] and have these opportunities as well.