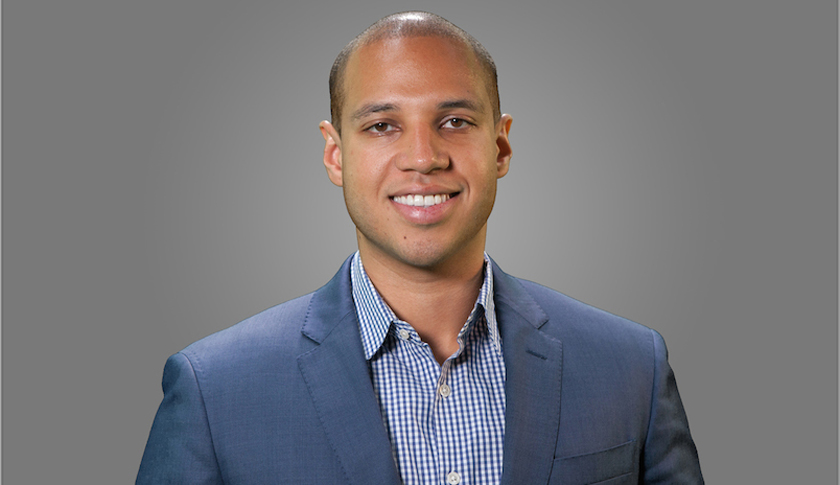 Darnell Holloway, who leads outreach to small businesses for review service Yelp, figures he’s spoken with thousands of entrepreneurs across North America in his nearly six years with the online company. And there’s always more to do.

He’s the go-to guy when it comes to Yelp (YELP), trying to bridge the sometimes contentious gap between small business owners who complain about their reviews (they tend to be “perfectionists” who expect nothing less than the elusive five-star rating, says Holloway) and the customers who sometimes leave scathing criticism. When business owners get a bad review, they’re inevitably unhappy with Yelp.

Fortune caught up with Holloway weeks after the company introduced a mobile app for small business owners that lets them answer customer questions on the go and tweak their Yelp profile while out on the field.

To start 2015, Yelp loudly trumpeted that the Federal Trade Commission had dropped a second inquiry into how the company handles negative reviews. Small businesses had complained that Yelp extorts companies by filling their profile pages with bad reviews until they pay up or letting unreliable reviews slip through. Yelp has also faced a number of private lawsuits over similar accusations. Most have been dismissed before going to trial.

Still, a relatively small number of business owners go so far as to post signs in their windows complaining about Yelp, like a San Francisco Thai restaurant that tells customers: “Stop the Bully! Boycott Yelp.”

Despite the occasional drama, Yelp has turned its listings into a sizable business with $268 million in revenue over the first nine months of 2014. Over that period, it turned a $3.7 million profit. (See: Yelp CEO Jeremy Stoppelman ignored advice from Peter Thiel and Elon Musk and succeeded anyway.) The service, which has 132 million monthly visitors, is pushing into global expansion. Last year, it acquired German review site Restaurant-Kritik and France’s CityVox.

On a typical day, Holloway is on the road speaking with business owners about online advertising (not surprisingly, he thinks it’s great), teaching paid business customers about how to use the service and demystifying Yelp’s algorithm that decides which reviews appear most prominently in its listings. Holloway says he works hard to dispel business owners of any worries that there’s something mischievous going on behind-the-scenes. (See: Yelp’s fake review problem.)

“There’s a common misconception amongst business owners that unhappy customers are going to write a review online,” he explains. But Holloway says that nearly 80% of reviews are actually three stars or higher. Entrepreneurs he talks to sometimes have a difficult time swallowing that fact. Instead, they focus on the negative, he says.

“We agree this can be frustrating, but it’s the high cost we accept to avoid being a lassez-faire review site that people stop using,” a Yelp blog post from 2010 explains. “Everyone loses when that happens.”

Holloway has helped lead partnerships with the Small Business Administration to hold joint panels and workshops about how businesses can use Yelp. He says he feels like he’s constantly learning from the owners he talks to.

“It’s interesting to see how people talk about small business as a homogenous group,” Holloway says. “Small business can mean a lot of different things.”

Holloway, 30, credits his career at Yelp to a bright red track jacket he saw in a bar when he lived on the West Coast. Holloway recalls working in investment banking when the market tanked around the time of the 2008 financial crisis. When the recession struck, it became more difficult to make commissions off trades. Holloway figured his “career path was going to change pretty quickly.” At a bar with his co-workers, he noticed a group of people in a corner wearing red track jackets that play off of Yelp’s bright red logo on its website.

Holloway recognized one person in the group from college, and they struck up a conversation. As it turns out, they were celebrating Yelp’s best sales month to date. The acquaintance suggested Holloway apply to the start-up, which he did for the position of account manager.

“Low and behold, they selected me,” he says.

On a given day, Holloway can be speaking to a group of dentists or restauranteurs, locksmiths or professional movers. Through this work, he’s learned how they view Yelp.

“Most business owners are primarily concerned with getting more business,” he says. “That’s obviously a no-brainer but specifically it translates to, ‘How do I get more reviews? How do I get a positive rating and how do I get more people to find my business?'”

Holloway says that leads to some business owners trying to cook up phony reviews with the help of family and friends. Yelp’s software tries to weed them out, but it’s an imperfect process.

When business owners inevitably ask how best to deal with negative critiques, Holloway has the following advice: “Take a consistent and diplomatic approach to responding to your reviews.” Any small business owner has the ability to respond to reviews even if they don’t pay Yelp for advertising.

Coincidently, Holloway’s father owns a small business, a limousine service in Sacramento, Calif., that has a Yelp profile page of its own. The one review it has is five stars from 2010. Holloway says he helped his father get started on Yelp, although his business is mostly based on repeat customers these days. “I’ve given him pointers about Yelp here and there but I’ve learned a lot from him as well over the years.”