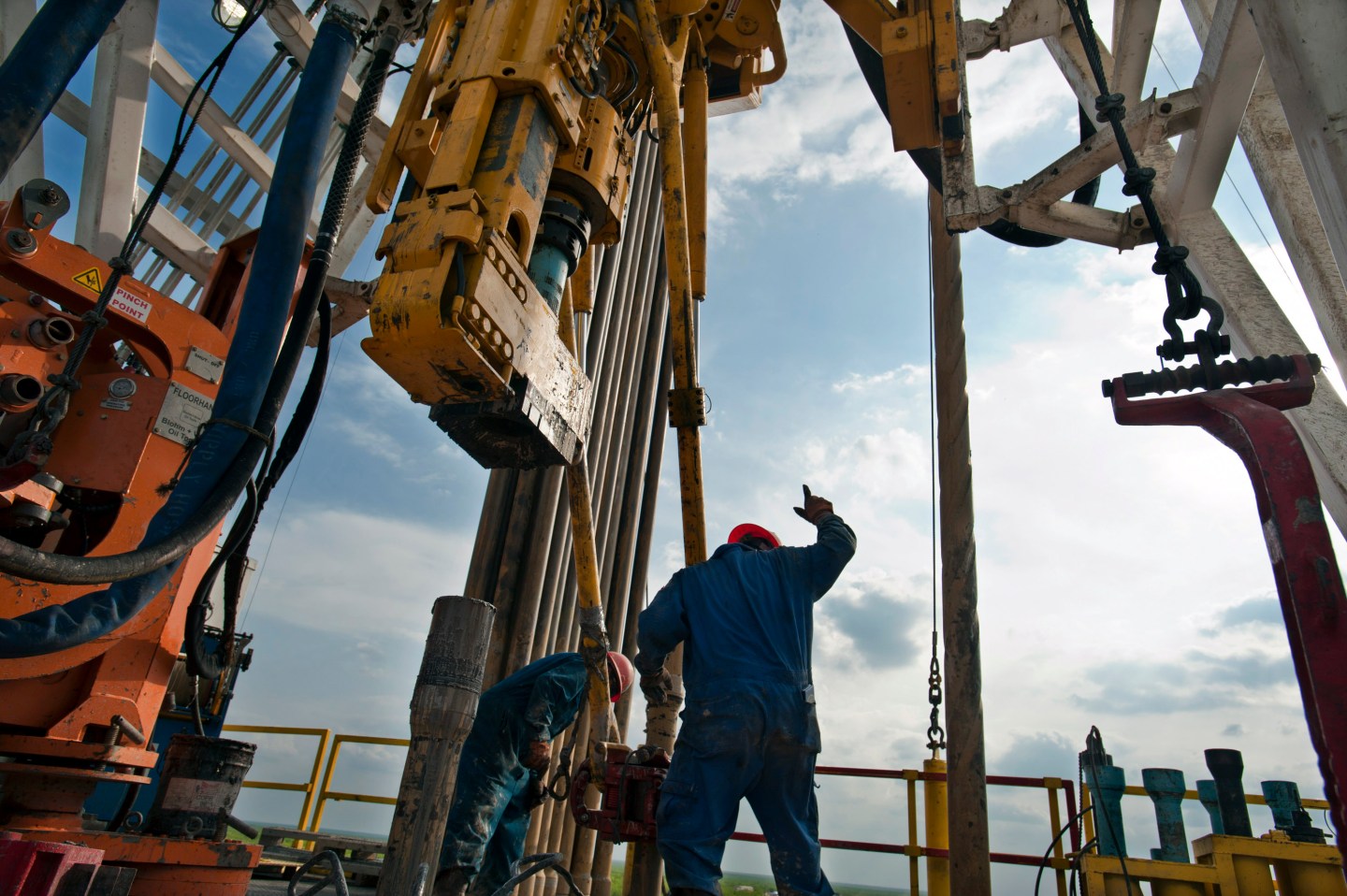 (Reuters) – Schlumberger Ltd, the world’s No.1 oilfield services provider, said it will cut 9,000 jobs, or about 7 percent of its workforce, as it focuses on controlling costs amid plummeting oil prices.

Learn more about some of the other effects of dropping oil prices from Fortune’s video team:

The company said it took charges amounting to $1.77 billion in the fourth quarter including impairment charges related to its seismic business, Venezuela currency devaluation and job cuts.

Schlumberger had said last month that it would take a $1 billion charge related to jobs cuts and the writedown of some seismic vessels.

“They did say they would be cutting jobs, but the magnitude of them is definitely a shocker,” Philip Van Deusen, an analyst with Tigress Financial Partners LLC, told Reuters.

A slew of global oil majors such as BP Plc (BP) and ConocoPhillips (COP) have cut jobs due to a nearly 60 percent slump in oil prices over the past six months. Brent crude closed at $47.67 on Thursday.

“If oil prices stay at this level, none of these companies would just be able to adjust with one round of workforce reductions,” Robin Shoemaker, analyst with KeyBanc Capital Markets, told Reuters.

Schlumberger’s customers – oil producers – have slashed capital budgets for 2015 and reduced the number of rigs.

The Houston-based company said capital expenditure, excluding multiclient and project management investments, is expected to be $3 billion for 2015. Capex for 2014 was $4 billion.

“In this uncertain environment, we continue to focus on what we can control..” Chief Executive Paal Kibsgaard said.

Revenue rose 6 percent to $12.64 billion, mainly helped by an 18.5 percent jump in revenue from North America.

On an adjusted basis, the company earned $1.50 per share, beating the average analyst estimate of $1.45 per share, according Thomson Reuters I/B/E/S.

Shares of the company (SLB) closed at $76.63 on the New York Stock Exchange.