The single best goal you can set for 2015 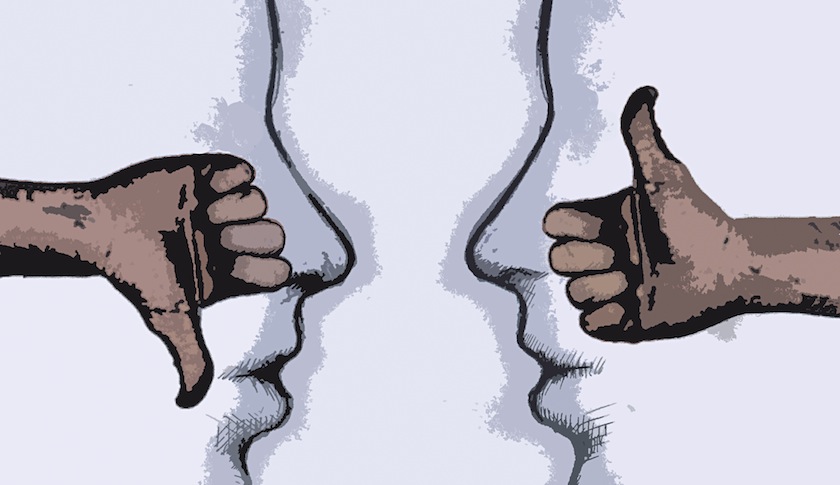 It’s a new year—time for those resolutions.

Even the U.S. government is getting into the act by providing a list of the most popular resolutions and tips on how to achieve them. Some 45% of Americans usually make New Year’s resolutions, according to Statistic Brain. The most popular are losing weight and getting organized.

So, in the spirit of the New Year, here’s one resolution that, if you make and keep, will make you happier, more powerful, and help others around you develop their potential more completely. The resolution: become less judgmental, particularly about people, but also more generally.

When the reality television program “MasterChef Australia” somehow persuaded his holiness the Dalai Lama to appear as a guest judge, the program thought it had achieved a real coup. Of course, following the teachings of Buddhism, the Dalai Lama refused to render judgment on the food. “As a Buddhist monk it is not right to prefer this food or that food.” Buddhism teaches that constantly comparing what “is” with some desired state of “what should be” sets people up to be chronically dissatisfied. As Guardian contributor Barbara O’Brien wrote, “There is a 6th century Chinese text…that says, ‘To set up what you like against what you dislike is the disease of the mind.’”

I discovered how much happier you can feel if you reserve your judgment and pursue its opposite, curiosity, at the closing dinner of an executive program in Barcelona. I had talked about non-judgment earlier in the day, but as the hour approached 10 p.m. and we had yet to get any food or even bottle openers for the wine and beer, I was into full-throated restaurant critique. A tablemate, an executive from Airbus, noted the inconsistency between my words earlier that day and my behavior that evening.

He was right. So, following the American poet Walt Whitman’s advice to be curious, not judgmental, the people at the table decided to suspend judgment and we fanned out through the restaurant downstairs (we were in a private dining room) to understand the clientele, the business model, why we were not being served, and so forth. People returned to the table with insights from their fieldwork and, with a mindset of intellectual curiosity, we were all in a much better mood than when we were impotently complaining about the service.

Workplaces are filled with interdependencies—we need the cooperation of others to get our work done and, for that matter, to advance in our careers. But sometimes we may not like or respect these people. As Caesar’s CEO Gary Loveman has often told my Stanford class on power in organizations, as you rise up in a hierarchy, there comes a time when you cannot afford to let personal feelings interfere with critical relationships—these relationships just have to work.

Making a relationship work will be more difficult if you decide that the other person is characterized by a bunch of negative adjectives. Once you see that someone is important to your work and success, forget about whether you like them or don’t like them and put aside other personal judgments. Your views can get in the way of your ability to build a productive working relationship.

Unfortunately, we live in a world filled with judgment and we make them constantly, automatically, and quickly. But as social workers Linda and Charlie Bloom recently noted, being too judgmental can cause problems in relationships. They noted that once we form a judgment of another individual, it becomes difficult to see that person differently, even if you get new information.

Moreover, the negative judgments we hold of others push them away, as few people are such good actors that they can successfully hide their feelings. People are unlikely to like those who hold or express negative opinions of them. So, if you want to build power—and power depends importantly on your ability to forge relationships with others—resolve to be less judgmental.

Stanford social psychologist Carol Dweck published a book called Mindset, which summarizes decades of research on what she and her colleagues call two different goal orientations that affect how we approach others and ourselves. One orientation is a learning or growth mindset where people work to become more competent and embrace challenges. The other is an evaluative—or judgmental—mindset in which people “seek to gain favorable judgments of their competence or avoid negative judgments.” This evaluative orientation causes people to shy away from challenges and risk, all to avoid failure.

In her research on children and adults, Dweck has consistently found that people assume different goal orientations based on what they are told, and that these mindsets are not permanent. She also found that different orientations have very different implications for development, learning, and growth. With an evaluative or judgmental mindset, if someone plays golf and has a high score, the person has learned that he is not very competent at the game so should avoid it. With a growth or learning mindset, a person who gets the same score will believe that they have not become proficient yet, so they should practice more and maybe hire a coach. In the second case, there is some chance that the novice player will improve and maybe even achieve mastery. In the first case, though, there is no such opportunity, as those people will simply move on to other activities at which they already do well.

The automaticity of judgment

Unfortunately, becoming less judgmental will be a tough resolution to keep. Research co-authored by the late Stanford social psychologist Nalini Ambady repeatedly demonstrated that people begin to form judgments of others within 10 seconds of meeting. Moreover, she and her Harvard psychology colleague, Robert Rosenthal, found that impressions formed on the thinnest slices of observed behavior were quite accurate.

These findings reinforce the importance of the idea of practice, as in to “practice” a religion, such as Buddhism or any other. Many of these teachings are difficult to implement, which is why mindfulness and practice are necessary. But the payoff of being less judgmental, or at least expressing those judgments less frequently, is substantial. That makes the effort so worthwhile.

Jeffrey Pfeffer is Thomas D. Dee II Professor of Organizational Behavior at Stanford’s Graduate School of Business. His latest book, Leadership B.S.: Fixing Workplaces and Careers One Truth at a Time, will be published in September 2015 by HarperCollins.

Watch more about how people set and keep goals from Fortune’s video team: