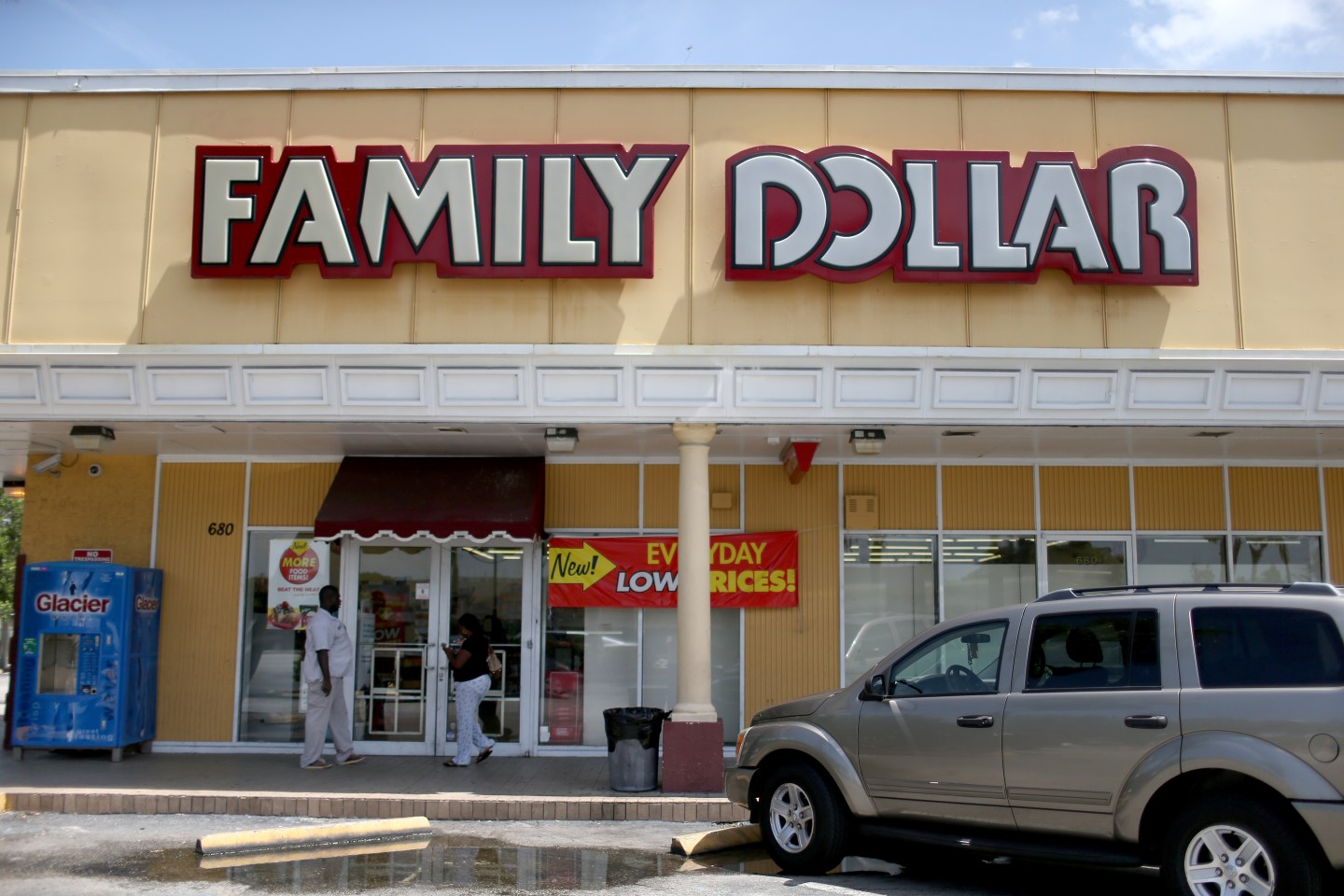 (REUTERS) – Some 20 state attorneys general have joined the federal antitrust investigation of competing bids by Dollar General and Dollar Tree to buy Family Dollar Stores, a development that potentially complicates the companies’ efforts to win U.S. approval for a deal.

The attorneys general concern focuses on the likelihood that the loss of one of the chains would lead to higher prices for discount store customers, many of whom are poor, said two sources who spoke privately because they were not authorized to speak to reporters.

Family Dollar, the No. 2 U.S. discount retailer, had previously disclosed that state attorneys general were involved in the federal investigation but gave no details.

The 20 states looking at this deal are similar in number to those looking at Comcast’s plan to buy Time Warner Cable and Sysco’s bid for US Foods, both of which are high-profile deals.

Florida is a member of the multi-state group, which joined the Federal Trade Commission to determine if the deals were legal under antitrust law, according to Whitney Ray, spokesman for Attorney General Pam Bondi.

Vermont has also joined, said Jill Abrams, an assistant attorney general in the state. Iowa is also in the group, according to a source who was not authorized to speak to reporters.

Indiana is looking into the mergers, but a spokesperson declined to say if it had formally joined the group.

The presence of the state attorneys general gives the FTC additional lawyers to look at the case, much-needed knowledge of how the merging companies function in the state and how the deal would affect a state’s consumers, said Allen Grunes, an antitrust attorney with the Konkurrenz Group in Washington, DC.

“There are times where federal government wants to do one remedy and you have a state or two who believe that there should be more done in their state. They at times will negotiate additional divestitures,” said Grunes.

Dollar Tree and Family Dollar declined comment. Dollar General has previously said that it remained committed to the transaction and would continue to work with the FTC.

Family Dollar, which has 8,100 discount stores in 46 states, has been targeted for a takeover by both Dollar Tree, which has 5,282 stores in 48 states, and by Dollar General, which is the big dog in discount retailing with 11,000 stores in 40 states.

Family Dollar reported a 47 percent drop in quarterly profit on Thursday as margins fell due to higher discounting. Net income fell to $41.4 million, or 36 cents per share, in the fiscal first quarter ended Nov. 29, from $78 million, or 68 cents per share, a year earlier.

Family Dollar agreed to be bought by smaller rival Dollar Tree for $8.50 billion in cash and stock and rejected a hostile, $9.1 billion offer from Dollar General because of antitrust concerns.

In December, Family Dollar shareholders voted by a wide margin to put off a vote approving the Dollar Tree offer, indicating interest in the higher offer despite its risk.