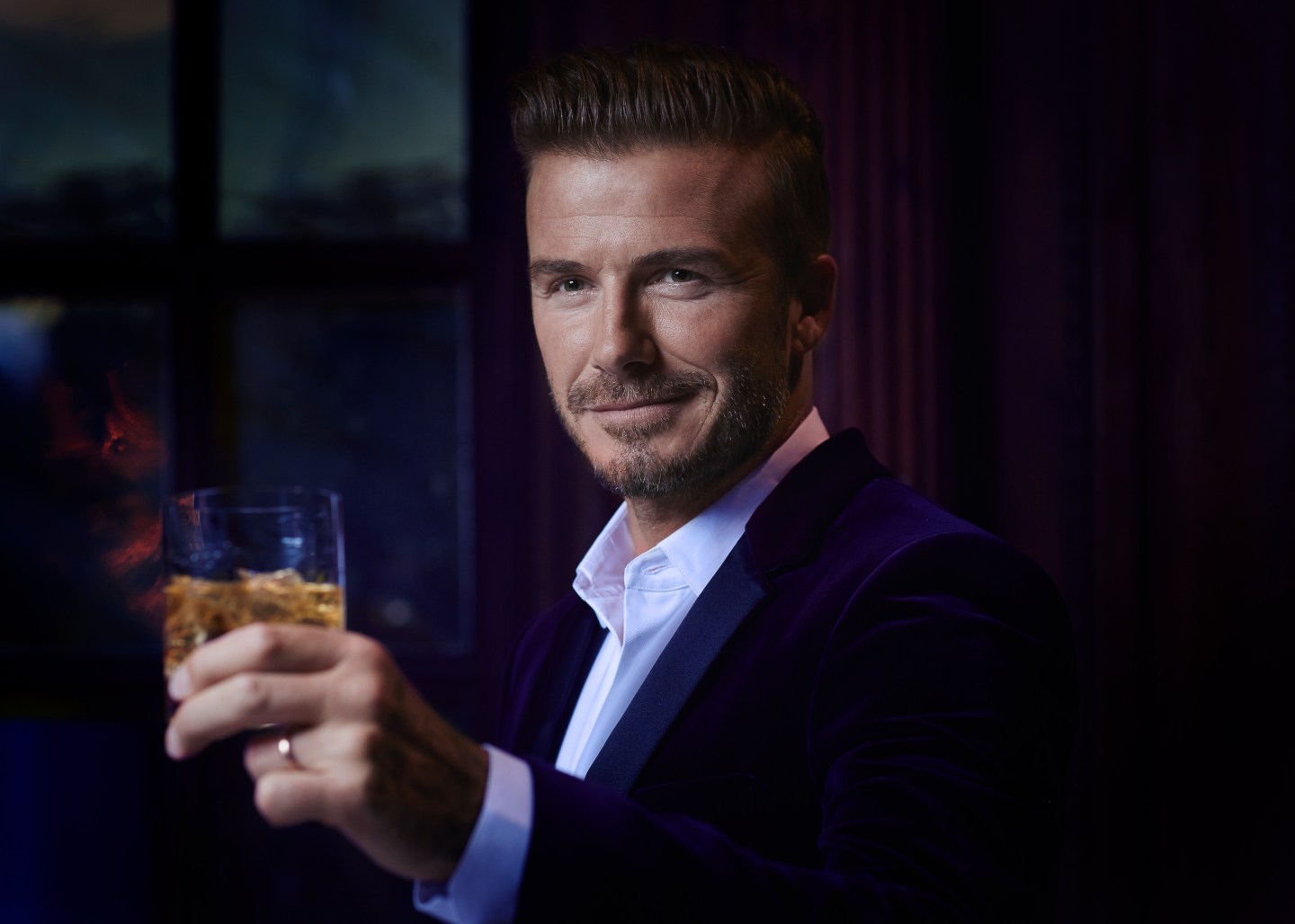 Even as singer Justin Timberlake completed his 20/20 Experience World Tour in the final weeks of 2014, he still found time to regularly tweet about his tequila brand to his nearly 40 million Twitter followers.

That dedication and direct access to consumers explains why alcohol brands are choosing to hook up with celebrities. Already a popular practice in the beverage industry, the pace of endorsements and investments by famous names has accelerated in recent years as more celebs look to make money from the increasing popularity of liquor and wine.

These deals generate great benefits for both celebrities and liquor brands. The brands can boost sales by associating with a well-known actor, or rapper, benefiting from free press when those celebrities go on talk shows, or promote their brands to millions of fans on Twitter and other social media platforms. Celebrities enjoy the benefits of associating with a category that denotes luxury.

“The endorsement by a celebrity really gives consumers the feeling that they can partake in the kind of lifestyle they assume these celebrities are living,” said Michael Stone, CEO of licensing agency Beanstalk.

While many celebrity brands can charge slightly more than the industry average for their liquors or wines, Stone points out that many aren’t priced too out of reach. That’s because the audience for celebrity-backed brands isn’t for the 1%, it is for the larger fan base that wants to buy into the celebrity lifestyle. And, of course, not all celebrity-backed brands are a hit (Donald Trump’s vodka was a notable flop.)

Celebrity tie-ins with alcohol brands have existed for decades, at times endorsed by public figures even without the brand’s consent. While touring in the 1950s, Frank Sinatra sang the praises of Jack Daniel’s whiskey, and sales leapt as a result of his unpaid endorsements. But in more recent years, celebrities have taken a more active role. Most deals involve an equity stake of some sort, so the celebrity can benefit from the beverage’s sales for as long as it stays on shelves.

Here are nine booze partnerships, including some of the industry’s greatest hits and a few newer offerings that are just taking off.

The joint venture between rapper and entrepreneur Sean "Diddy" Combs and beverages giant Diageo for the Ciroc vodka brand is among the most successful celebrity partnerships in the history of the industry. Ciroc's net sales have grown from just under 50,000 cases at the time the partnership was announced to a nearly 2-million case brand today. The partnership was clearly a hit for both parties—Diageo and Diddy announced a tequila joint venture in 2014. But Combs recently told Fortune that being a celebrity in the alcoholic beverages world can be a challenge: "With Ciroc, people may have thought that [the vodka] was for African-Americans. People wanted to put it in a box. So the biggest lesson I learned is that I had to work harder to overcome those perceptions and create a wonderful product regardless of my color, regardless of my celebrity. The reality is I have to work harder than other brands to do that."

The Academy Award-winning actor is one of the owners of Casamigos, a small-batch tequila that is made from agaves grown in the Highlands of Jalisco, Mexico. Another co-owner of the brand is Rande Gerber, a businessman who is married to model Cindy Crawford. In 2013 Gerber told Bloomberg that the idea was inspired by Clooney and Gerber looking to make their own "house" tequila for their properties in Cabo San Lucas. It was privately consumed for years before the distillery that made the tequila told Gerber and Clooney that there was an opportunity to expand the spirit beyond private parties. Casamigos greatly benefits from its celebrity ownership: a humorous ad in 2013 featured Clooney, Gerber and Crawford.

How passionate is Dan Aykroyd about Crystal Head vodka? He appeared in an eight-minute long video touting Crystal Head (and he doesn't even say the word "vodka" until almost five minutes into the clip.) First launched in 2008, the Canadian-produced vodka (Aykroyd is also Canadian) is sold in a skull-shaped bottle designed by artist John Alexander. Crystal Head contends the bottles are actually "heads," and are inspired by a legendary tale that's a bit too convoluted to explain here. To learn more, check out the Aykroyd video. The oddly packaged brand packs some pretty serious (award-winning) vodka.

The superstar actors are the owners of a vineyard that they purchased in 2012 for a reported $60 million. In a partnership with a French winemaking family, Jolie and Pitt now find themselves in the wine-making business with Miraval Rosé. And the wine isn't just some celebrity pet project. It ranked 84th on Wine Spectator's list of the top 100 wines of 2013 — the only rosé to make the list. The Jolie-Pitt star power regularly results in free press for the vineyard, which was where Jolie and Pitt married in a small ceremony in 2014.

The musician has teamed up with Beam Suntory to co-brand a premium-priced tequila called “Sauza 901.” Timberlake at first launched “901” in 2009, but joined with Beam Suntory to rebrand the spirit under the Sauza line to help broaden the spirit's reach. The number in the name alludes to the area code in Timberlake's hometown of Memphis, Tenn. "901" benefits from the ownership and involvement of Timberlake in many ways: he's appeared in some video ads for the brand, frequently tweets about the tequila to his nearly 40 millions followers, and gamely threw back shots of the tequila when he appeared on the U.K.'s Jonathan Ross Show.

Dreaming Tree Wines is a line of four wines, including a charonnay and a cabernet sauvignon, from musician Dave Matthews. The line is run by alcoholic-beverage maker Constellation Brands (STZ) and was named after a song that appeared on the 1998 Dave Matthews Band album "Before These Crowded Streets." Matthews teamed up with veteran winemaker Steve Reeded to make wines he says are widely approachable: "The stuff that I am drawn to is wine that isn't trying to be too fancy," Matthews explained in a promotional video. The $15 wines come with some eco-friendly packaging features, with 100% recycled paper labels and recyclable corks.

Bethenny Frankel, host of Bethenny and founder of SkinnyGirl Cocktails attends the Shop For Success Kick Off VIP Party at Metropolitan Pavilion on November 9, 2013 in New York City.

Created in 2009 by reality television star Bethenny Frankel, the Skinnygirl line is a juggernaut that started off as a low-calorie margarita but has since expanded into wines, vodkas, sangria now owned by Beam Suntory. While many reality stars have tried to copy Frankel’s business model, her line by far has had the greatest impact on the industry. It helps to have one of the marketing and research and development heft of one of the world's largest spirits companies in your corner. Still, the brand has experienced some growing pains. After reporting 19% sales growth in 2012, the brand suffered a 26% decline in 2013. Perhaps Frankel can turn things around with the media exposure that will come with her return to Bravo's "Real Housewives of New York City."

The popular 1990s musical act is all grown up, and the members now find themselves in the beer business. The beer’s name is a neat play on the band’s 1997 chart-topper, "MMMBop," and Hanson brother Taylor said the beer can resonate with an adult audience that grew up on that song. The brothers initially launched the pale ale in the Hansons’ home state of Oklahoma in 2013 and the beer became available online last year, as Fortune has previously reported. "We feel like its the kind of beer that brings you into craft beer for the first time," said Taylor in an interview at the Epcot Food & Wine Festival in September. Older brother Isaac says the beer is "an approachable beer for people who are not particularly familiar with full-flavored beers," but also has enough substance and bitterness to appeal to beer snobs.

Beckham is leading the celeb campaign for In.

Diageo in 2014 announced the global launch of a new single grain Scotch whisky called Haig Club, which was developed in partnership with soccer star David Beckham and British entrepreneur Simon Fuller. The whisky is bottled in a blue glass bottle, which Diageo said is inspired by the tradition of blenders using blue tasting glasses so the spirit can be reviewed on aroma and taste alone. But just because Beckham is a star on the field doesn't mean he can score a hit behind the bar: online reviews for the tipple have been fairly mixed.