The nuts and bolts of Restoration Hardware 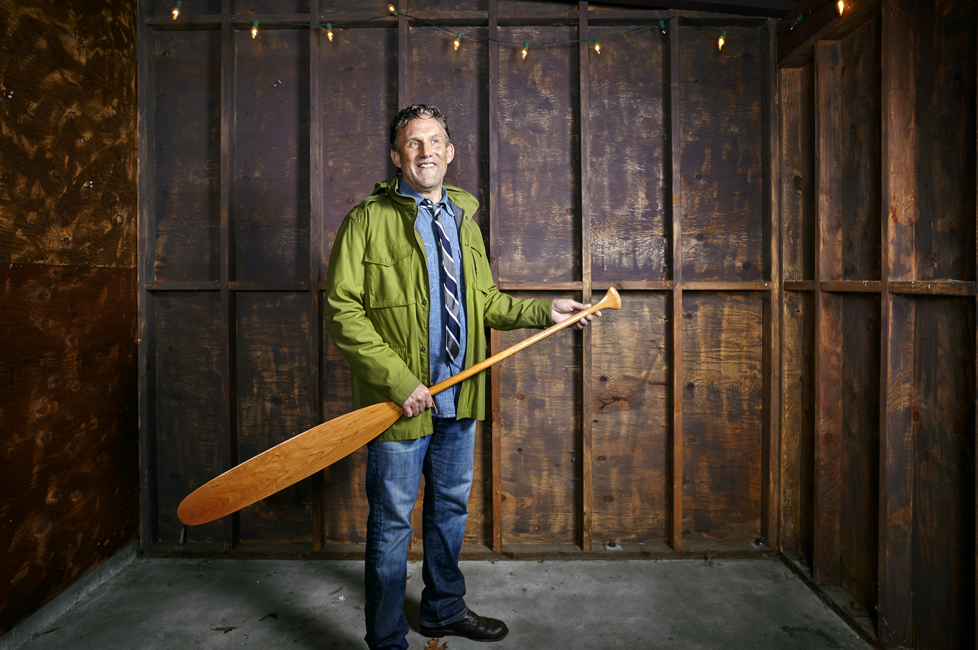 Stephen Gordon, at his Guideboat store in Mill Valley, Calif., in December
Photograph by Brad Wenner for Fortune Magazine

Knobs, pulls, and hinges may not be your personal obsession, but if you’ve ever wandered into a Restoration Hardware store, you might have walked out with anything from an English coal miner’s lantern to a chandelier selected by founder Stephen Gordon, 63. Once a social worker, Gordon has a curator’s eye and a long-standing, hands-on interest in renovation. He opened the first Restoration Hardware (RH) out of his home and overcame stumbles that almost bankrupted it. Gordon launched and nurtured the chain, which under his successor Gary Friedman has grown into a publicly traded operation with 85 stores, $1.6 billion in 2013 revenues, and $18 million in profits. Gordon has gone on to his second startup, the Guideboat Co., which sells renditions of American vintage boats and related nautical items. His story:

I grew up in Plattsburgh, N.Y., a small town nestled in the Adirondacks. My father’s family were merchants, and we had three stores in town. Both parents kept me away from the stores because they wanted me to be a doctor, lawyer, or any kind of professional that wasn’t a retailer. So that’s a bit of irony.

I have a master’s in counseling psychology, and loved the study and theory but not the practice. I found myself having entrepreneurial thoughts instead of client-focused empathetic ones. So I quit counseling, went to work as a carpenter, and picked up cabinetmaking. At night I tended bar. My wife was a teacher, and we lived in Eureka, Calif.

I’d always found great satisfaction in taking something older that was crafted using superb materials and technique and bringing it back to life—like the three-story Queen Anne Victorian my wife and I bought in 1979. When I started working on the house, I couldn’t find the hardware, moldings, and fittings I needed. You couldn’t get things like brass cabinet knobs in hardware stores. I eventually found obscure sources, but I had a “duh” moment when I realized I didn’t have the money to buy those things even if I had found them.

So I put a binder together with photo-copied vendor catalogue pages, and had a $30 sign made saying restoration hardware that I hung on our porch, hoping to sell to others and finance my own needs. Someone told me if I doubled the price of everything, I’d be okay.

Stephen Gordon opened the first Restoration Hardware out of his home. Photograph by Brad Wenner for Fortune Magazine

People came. They’d buy six doorknobs, and I’d order 12, so in essence, they paid for my doorknobs. After six months I realized this could be a business. I went to the Old Town Eureka shopping district, where there were a few streets of old Victorian storefronts. I rented a 300-square-foot space for $300 a month and invested $800 to $1,000 to buy one each of a number of items—a doorknob, a towel bar, a light fixture—for display. I opened in 1980, tending bar at night and working in the store during the day.

It was a word-of-mouth success. Old Town Eureka was great because I had a customer base that was equally local residents and tourists who came for the salmon fishing and redwoods on the weekends. I sold stuff like solid-brass chamber sticks, goatskin gloves, or an English coal miner’s lantern. Two years later I left the bar and focused on the store full-time. Then came another store in Mendocino.

One time in the mid-’80s I ran so low on money I wasn’t going to be able to fund holiday inventory and almost lost the company. I met my in-laws one evening at Legal Sea Foods in Boston, planning to ask my father-in-law for a loan. I ordered lobster and cracked a claw, shooting liquid onto my mother-in-law’s new silk blouse. He gave me a $200,000 loan anyway and saved us from potentially going out of business. I paid the loan back within the year.

Before long I opened new stores in Newport Beach and Marin County, Calif.  But I got turned down by potential investors everywhere. We were too small, too big, not in the right space, ad infinitum. It was so painful, knowing that Restoration could be a contender if we had funding. I almost felt like giving up.

Then I got a call from Harberg-Masinter, a tenant representation group in Dallas, who introduced me to Cardinal Investment, which put in $2.5 million in late 1994. Shopping centers want to put their money in fresh, exciting retail, so we quickly grew to 10 stores.

The top companies when it comes to home furnishings (Euromarket owns Crate & Barrel).

By 1994, I started selling home furnishings. We showed up with a decidedly American product, made with quality craftsmanship. Our products were made of solid oak with dovetail joinery, where furniture stores were selling mass-produced veneer pieces. My highest calling was having great radar and being obsessed by a consistent point of view. Mine is updated New England: spare, symmetrical, classic, and comfortable. I have more than a dose of admiration for vintage, yet not necessarily true to original. As Ralph Lauren once noted, no one really wants to wear a 1920s suit. He took cues from the suit and built the apparel for current sensibilities. I’m a proponent of that thinking as well.

The 10 stores grew to 65. In 1998 I took the company public. The Goldman Sachs–led offering was 700% oversubscribed. That was a capstone to years of determined efforts.

Of course, mistakes happened along the way. Perhaps one of the biggest occurred in New York City, where we opened a successful store in the Flatiron district. We thought we’d do the same in SoHo but didn’t realize that SoHo was all about new, offbeat, and irreverent. We were in the old SoHo post office and did millions in sales, but in New York, you need mega-millions to afford the real estate. Fortunately, I was able to survive the mistake by selling the lease to Steve Jobs when he was just starting Apple stores and made quite a profit.

By 2005, Robert Redford recruited me to run Sundance Holdings, so I left and ran it for five years. When my passion started to wane, I “retired” in 2010. Retail is what I love to do, and I wanted to find an existing company I could add value to.

As a kid I loved rowing my grandfather’s Adirondack Guideboat. I bought a rare, fully restored 1892 Guideboat and was out rowing one day when I thought it would be interesting to start making them. Chad Hurley, the co-founder of YouTube, joined forces with me in 2012, and the first Guideboat store opened in the old Mill Valley Lumber Yard in 2013.

The first time around, you don’t know what’s ahead of you. It’s been just as heady and fun in this second startup. My ambitions for Guideboat aren’t as lofty, but I hope to achieve a brand that folks love, as they do Restoration Hardware.

Update: This article has been modified to note the contributions of Gordon’s successor at Restoration Hardware.