A tiny technology to brighten skyscrapers 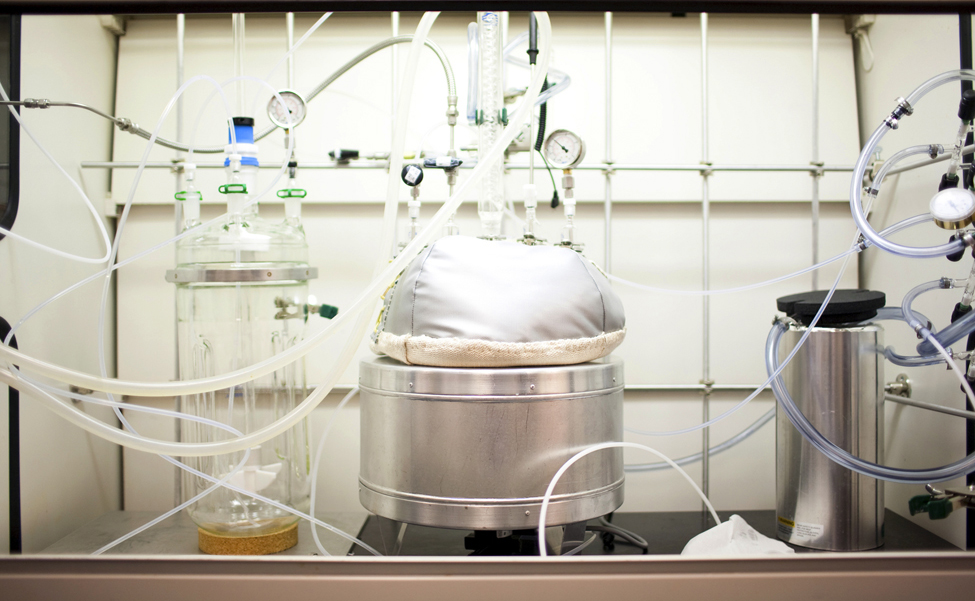 The technology that makes for a brighter display on your smartphone is primed for a revolution in the next five years—one that will also make it cheaper and more practical for businesses to illuminate their commercial office buildings. There’s one problem, though. Fixtures using organic light-emitting diode (OLED) technology cost thousands of dollars each. What’s more, because OLED lighting involves sending electricity through multiple, millimeters-thick layers, the light emitted at the bottom of the stack can be as low as 25% of what could be emitted if light didn’t become trapped in higher layers. Pixelligent Technologies in Baltimore is developing lubricant-coated nanocrystals that form tentacles to prevent clumping, allowing more light to pass through. Placed in an OLED panel, the nanocrystals help release twice as much light—“at a fraction of the cost it would take to create those lumens any other way,” CEO Craig Bandes says. The goal? Replace aging office lighting with an OLED alternative and reap the savings. NanoMarkets, a market research firm, estimates that OLED lighting could total $1.4 billion in sales by 2019. Pixelligent is still perfecting its nanocrystals, but it has already signed deals to increase production. Talk about a bright spot.