Better late than never: Apple puts ‘The Interview’ on iTunes 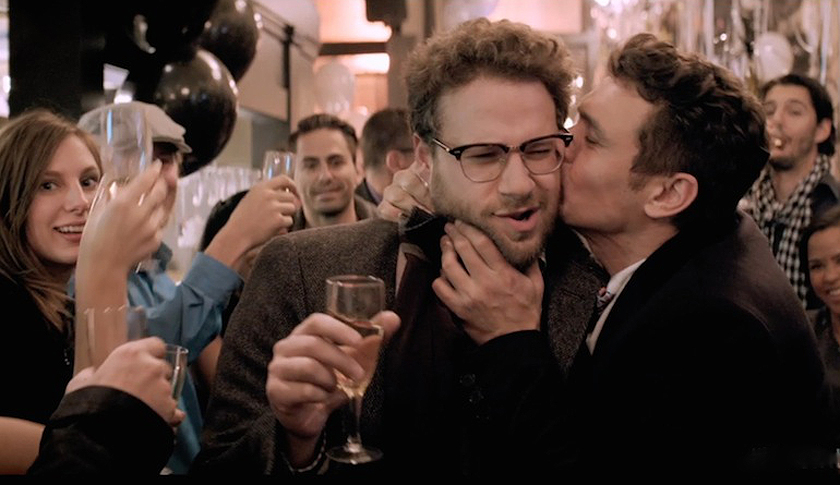 Google and Microsoft had it first — on Christmas Eve at 1 p.m. ET — and to them went the best soundbites:

“We could not sit on the sidelines and allow a handful of people to determine the limits of free speech in another country (however silly the content might be),” Google’s official blog proclaimed.

Apple wasn’t last to the party — Comcast still doesn’t offer Sony Pictures’ “The Interview” to their customers. But when the movie appeared on iTunes at 1 p.m. ET Sunday, it was four days late.

“We’re pleased to offer The Interview for rental or purchase on the iTunes store,” was the comment Apple PR gave Fortune and anyone else who asked.

What Apple wouldn’t say — at least on the record — is what took so long.

Apple’s online video operation is bigger than either Google’s or Microsoft’s, but that shouldn’t matter. It may put more care into the quality of its HD video, but that doesn’t take four days. I’m pretty sure Apple doesn’t look any more kindly than its competitors on cyber vandalism or threats of physical violence. I imagine that Tim Cook is just as patriotic as Eric Schmidt — the Google chairman who reportedly brokered the deal that put Sony Pictures’ comedy about a C.I.A. plot to kill the leader of North Korea on YouTube, Google Play and X-Box Live.

One explanation I’ve read — that the entire iTunes team was on vacation — is just mundane enough to be true. Perhaps Apple, unlike Google, believes the Christmas holidays are sacrosanct.

For whatever reason, Sony — and Apple’s iTunes customers — just had to wait.

UPDATE: Sony announced Sunday that the “The Interview” had been downloaded more than 2 million times, generating more than $15 million in the first four days of its release. That’s not a big opening, by Hollywood standards, but it’s not bad for a movie that still hasn’t made it to the multiplex.

See also: ‘The Interview’: Why did Apple stay on the sidelines