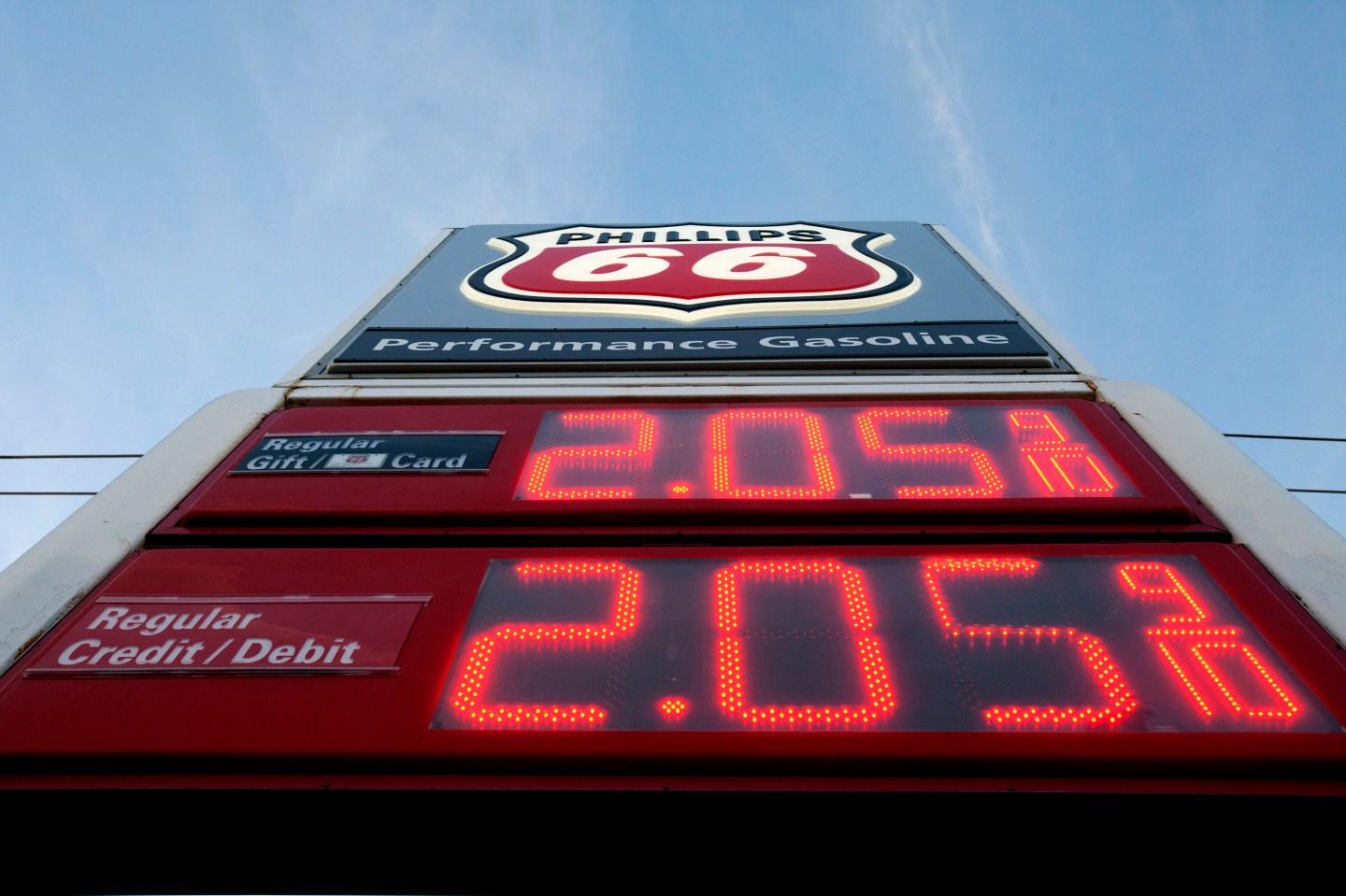 A gas price sign is seen at a Phillips 66 station on Westheimer Road in Houston, Texas December 16, 2014. According to gasbuddy.com the prices shown in the picture are the lowest in Houston. REUTERS/Daniel Kramer (UNITED STATES - Tags: ENERGY BUSINESS) - RTR4IB9L
Photograph by Reuters

Filling up at the pump is lot less painful than it used to be.

Average nationwide gasoline prices tumbled to $2.32 Friday, their lowest point in more than five years, according to AAA.

The drop marks a dramatic turnaround from this time last year, when fuel cost nearly 50 cents more per gallon. As a result, drivers are on track to save hundreds if not more than $1,000 annually in gas costs.

A slump in the oil market is driving the lower fuel prices. Increased supply, particularly by U.S. producers, has driven down oil prices by nearly half over the past six months. On Friday, U.S. crude fell below $55 a barrel.

The result is gas prices that seem like a mirage. Average prices have fallen nationwide for a record 92 straight days, according to AAA.

On Thursday, Missouri became the first state in five years in which the price for a gallon of gas has fallen below the $2 threshold. As of Friday, regular unleaded there costs $1.98. Oklahoma was close behind at $2.01 while Kansas was at $2.06.

On the other end of the spectrum are states like California, where gas costs an average of $2.69. In New York, drivers are paying $2.84.