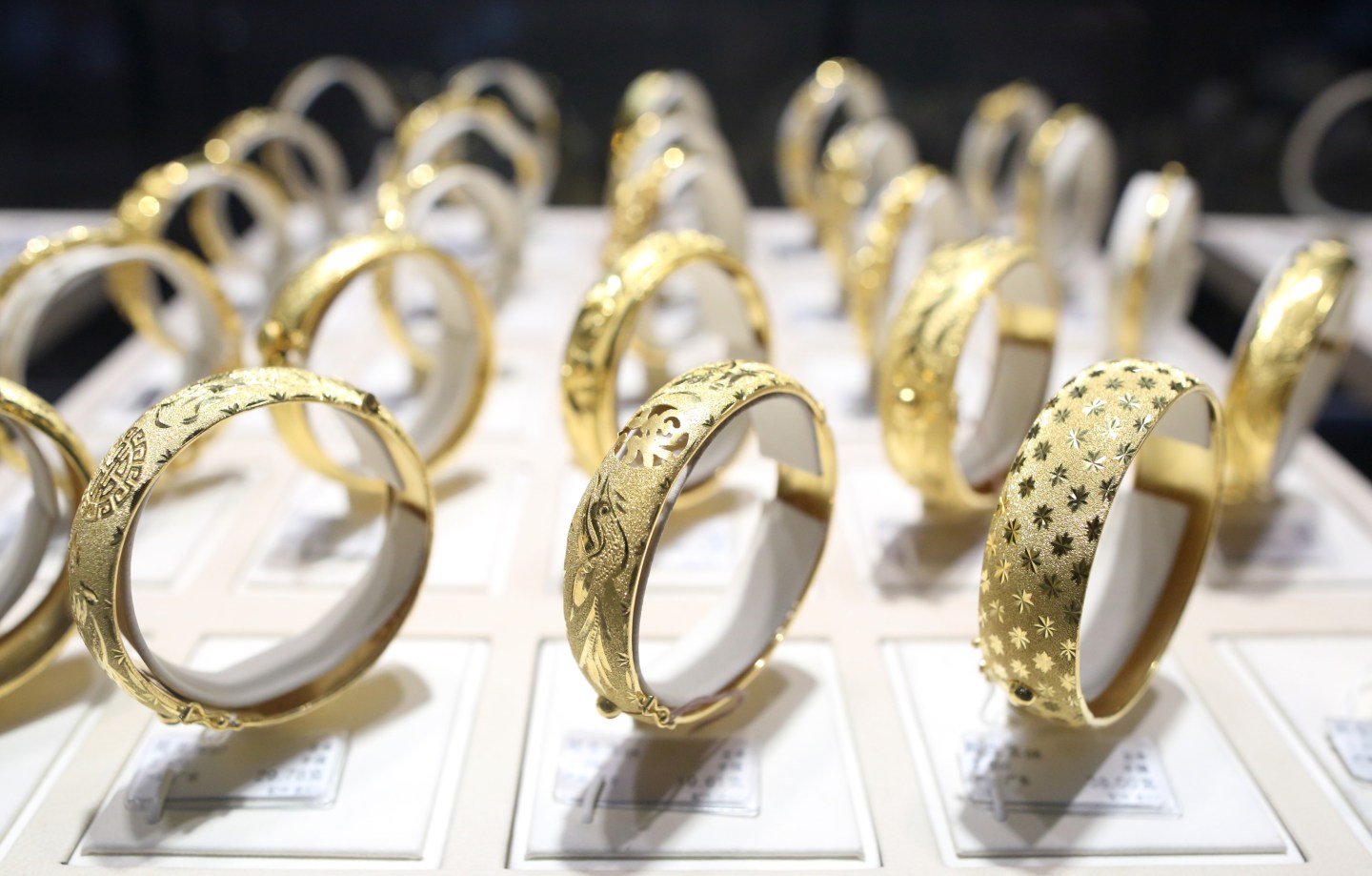 Gold bangles are displayed at the Chow Sang Sang Holdings International Ltd. jewelry store in the Sanlitun district of Beijing, China, on Monday, March 11, 2013. China?s consumer prices climbed 3.2 percent from a year earlier, according to figures released March 9, exceeding January?s 2 percent gain and the median estimate for a 3 percent increase in a Bloomberg survey of analysts. Photographer: Tomohiro Ohsumi/Bloomberg via Getty Images
Photograph by Tomohiro Ohsumi — Bloomberg via Getty Images

If you were to buy one set of each of the gifts featured in the popular song “The Twelve Days of Christmas,” it would only set you back $27,673.22 this year.

That may seem like a steep price for a variety of birds, a handful of golden rings, and to temporarily hire drummers and milk maids, but the increase is actually the most modest the so-called “Christmas Price Index” has seen since 2002.

Compiled by PNC Financial Services Group, the index aims to put a price on a partridge in a pear tree, turtle doves, and 10 other items featured in the iconic Christmas song. It found that the total cost for one set of each gift would be $27,673.22 in 2014, an increase of just 1% from last year’s total. The last time inflation was that low was in 2002, when the index’s cost tumbled 7.6%.

PNC says the index is similar to the widely followed U.S. consumer price index, which measures the changes in prices of housing, food, clothing and other goods that reflect the spending habits of average Americans. PNC’s Christmas Price index is, of course, a little out there: the financial firm is weighing the cost of seven swans-a-swimming and nine ladies dancing, among other unusual gifts. The Labor Department’s real consumer price index, meanwhile, has reported declines for three of the past four months after steady gains in the first half of the year.

The most costly item, according to PNC, are the nine ladies dancing, which costs $7,552.84. That’s the same cost as last year, and perhaps the latest sign that American wages really aren’t budging. Eight maids-a-milking is the cheapest — costing just $58, also the same as last year. A complete list of the price index by gift can be found here.

While most Americans likely aren’t planning to spend north of $27,000 for their holiday gifts this year, that estimate is actually letting consumers off pretty easy. The true cost of “The Twelve Days of Christmas” (the cumulative cost of all the gifts when you count each repetition in the song) is a whopping $116,273.08.