Why money is pouring into enterprise storage startups 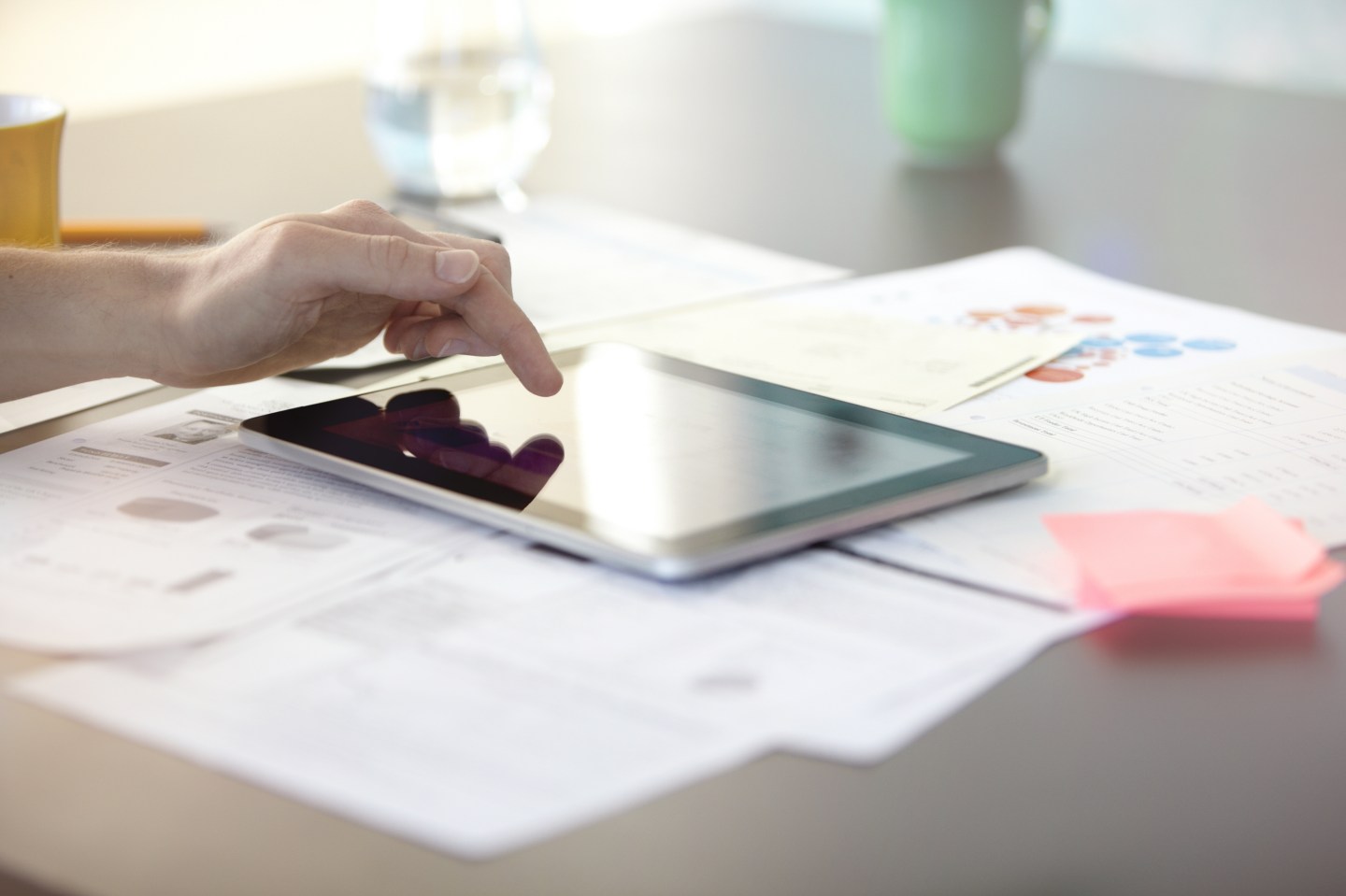 Man using a digital tablet on his desk.
Photograph by Oli Kellett—Getty Images

Thirty years ago, before software began “eating the world,” much of the information in industry was stored on spinning disks—those relatively slow but inexpensive devices reminiscent of record players. A handful of manufacturers competed in that business. The business of relational databases—the software typically used to structure the data as they were stored—was largely dominated by Oracle.

Industry hummed along that way for many years. Then it all changed, quickly.

“Flash performs like memory, which is 100 times faster than spinning disks, but it’s almost as cheap as disk,” Vrionis says. “You get all the performance benefits of memory, but it costs almost the same as disk.”

Another contributing factor was a gigantic leap in the amount of data that average users were accessing on a given day, supported by the rapid rise of the Internet-connected mobile device. On a consumer level, anyone with a smartphone can relate to the trend; for businesses, the volumes began to get so big as to fall into the territory now known as “big data.”

A final factor was the storage industry’s move to software-defined storage, a kind of storage technique that uses cheap, distributed hardware (rather than massive, centralized boxes) to scale with demand easily and inexpensively. “Just as you want to buy whatever PC you want and then choose the operating system separately, people want to buy hardware and then get the storage software separately,” Vrionis says.

Put it all together, and what do you get? A storage market ripe for change and a boatload of startups vying to make it happen. “Huge tailwinds are giving all these startups a chance,” Vrionis says. “They’re unstoppable now.”

Vrionis’s firm is just one of many that have been betting heavily on enterprise storage startups—including contenders such as DataStax and PernixData, which recently drew fresh funding of $106 million and $35 million, respectively. (Vrionis himself serves on DataStax’s board of directors.)

In all, disclosed investment in enterprise-storage startups has amounted to about a billion dollars per year in each of the last few years, says Simon Robinson, a research vice president for storage and information management with 451 Research, which has been covering the space since 2000.

“You get these waves of startups,” Robinson says. “As soon as you think the industry is done with storage, along comes another wave. It’s been a constant cycle of innovation in the last decade.”

Typically, those waves of innovation have each focused on a particular feature, spawning numerous startups playing to a similar theme. “Some wouldn’t last; a couple would be acquired; one or two would do really well and go public,” Robinson says. “Then usually one of the big guys would step in and pay a substantial premium to acquire them.”

Data Domain, for instance, was acquired in 2009 by EMC (EMC), which snatched up Isilon the following year. Hewlett-Packard (HPQ) bought 3PAR in 2010; Dell acquired Compellent Technologies in 2011. The list goes on.

“The thing to bear in mind is that you have five or six big vendors, virtually nobody in middle, and then a whole bunch of startups,” Robinson says. “We haven’t seen a major change in the cast of characters in the last decade.”

Dave Wright, SolidFire‘s founder and CEO, says his company grew 700% year over year in 2013 and 50% quarter over quarter this year. He attributes much of that to two “huge waves of change” affecting the industry.

The shift to flash and solid-state storage is one of those. “That’s very disruptive—a huge chunk of the storage market is going to move to flash over the next few years,” he says. (SolidFire offers all-flash systems with a focus on scale-out storage for data centers.)

At the same time, though, Wright downplays that trend as “a fairly short-term disruptive shift—everybody is doing that,” he says.

More interesting from Wright’s perspective is a second major shift: the transition within enterprises from traditional, so-called siloed data infrastructures to cloud-based ones. It’s a change that is affecting the entire industry, but one that “a lot of other startups in the storage space are not really attuned to,” he says. ‘That’s what we think is going to make us more successful in the long term: SolidFire is the only infrastructure purpose-built for this wave of cloud.”

Part of the challenge for storage startups today is to simplify what has become an inordinately complex and fragmented landscape, Robinson says. It’s the result of a lot of feature-focused research and development over the last decade.

“Big companies have lots of storage systems, each of which serves a particular purpose,” he says. “The challenge that organizations are having now is not just the data growth, but managing that environment, which may consist of seven or eight storage silos with huge complexity.”

Simplicity is a new goal, in other words. The trend has led to an industry preference for more all-encompassing approaches. “Converged” (which combines storage and compute in a single device) and “hyper-converged” (which combines storage, compute, networking, and virtualization in a single device) models reflect the shift. Robinson points to Nutanix and Formation Data Systems as notable contenders.

Meanwhile, the flood of apps—internal and customer-facing, and often mobile—continues unabated, increasing pressure on businesses to achieve better performance and speed from the databases and storage systems that underpin those applications.

“Every second of latency can cost you 10 percent of conversions, and it’s getting worse on mobile, where the network has its own built-in latency,” says Matt Murphy, a general partner at Kleiner Perkins Caufield & Byers. (KPCB invested in both DataStax and PernixData; Murphy serves on PernixData’s board.) “If you can cut off a second or half a second, there’s millions or hundred of millions of dollars in opportunity there in play. At all layers—storage, compute, network—everyone is trying to figure out how to get that extra edge.”

The question is which technologies and vendors will best deliver that edge. Lightspeed’s Vrionis contends that newcomers to the scene have an advantage over incumbents, which are still “staring at yesterday’s problems and not able to take a blank sheet of canvas.” (One of those incumbents, Oracle, did not respond to Fortune‘s request for comment.)

Henry Baltazar, a senior analyst with Forrester Research, agrees. “The big guys are finally catching up, but they left the door open for too long,” he says. “Now it’s a battle.”