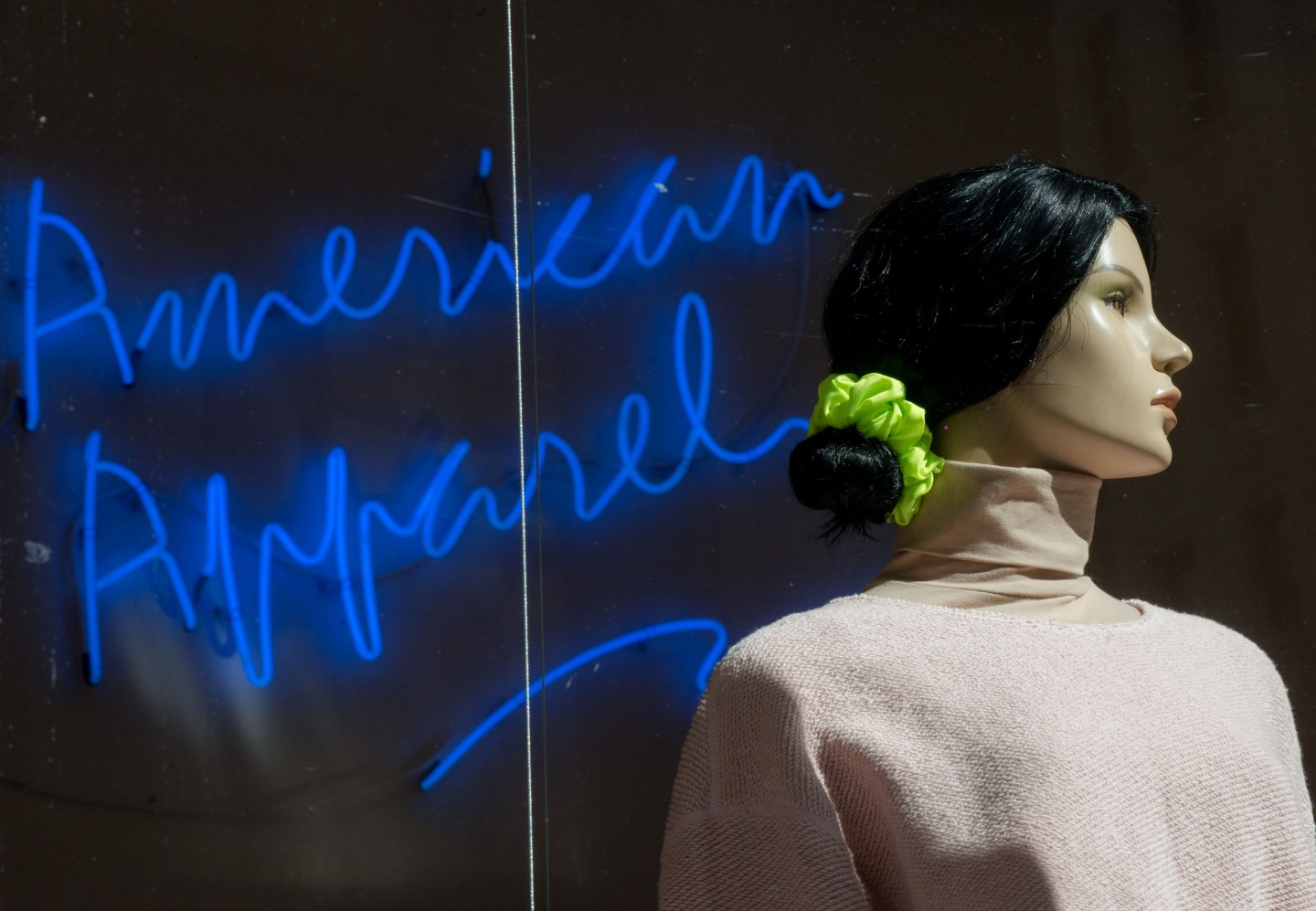 On December 16, American Apparel, Inc. announced that it was terminating the employment of its scandal-plagued founder, president and CEO Dov Charney.

Where American Apparel goes from here is uncertain. Its board confirmed that it had been approached by an unnamed party to acquire it, and even if that doesn’t take place, there’s still the matter of the 30-plus company executives who are still loyal to Charney, and who characterized him as what “makes this thing tick.”

Whatever happens, his replacement, Paula Schneider, will have big shoes to fill when she officially takes the reins on January 5. Dov Charney is a larger-than-life personality whose escapades frequently overshadowed the very brand he founded, while Schneider, on the other hand, has flown somewhat below the radar for decades.

Her status as a fashion veteran was earned as a top executive at such companies as Warnaco and BCBG Max Azria. But as far as any Page Six-worthy exploits, modern sleuthing and state-of-the-art search engine technology has turned up nothing.

That being the case, here are three things you need to know about Paula Schneider that may shed some light on who she is and what to look for.

1. She respects the brand

For anyone not intimately involved in the machinations of Charney’s ouster, the first thing anyone knew about Schneider was the statement she gave to the public in an American Apparel press release.

“American Apparel has a unique and incredible story, and it’s exciting to become part of such an iconic brand,” she said. “My goal is to make American Apparel a better company, while staying true to its core values of quality and creativity and preserving its sweatshop-free, Made in USA manufacturing philosophy.”

Oh sure, everyone who’s ever gotten a pink slip after a new CEO takes over has heard that little chestnut before. However, the investment strategy of Gores Group, the private equity firm where she served as senior advisor, suggests that she’s not one to tear the whole thing down and build it back up again, just to prove there’s a new sheriff in town.
“We target companies with a defensible core business, mature products or services, sustainable revenues, established customer relationships, and that have reached a transition point in their lifecycle presenting an opportunity for transformation,” the website says.

Translation: If the Schneider strategy is anything like the Gores Group strategy, don’t expect to see too much tinkering with the American Apparel brand.

2. She has considerable financial chops

American Apparel’s finances have seen better days. This is not exactly a secret.

The company reported a $19.2 million loss in the third quarter of 2014, and it suffered a drop in sales in both its retail and wholesale segments, according to The Los Angeles Times. Does this mean that the buying public has been alienated by Charney’s alleged misadventures? Or does it mean that the company has simply gotten stuck in a rut since its glory days, which are now several years in the past?

Whatever the case may be, it can’t hurt to have someone aboard whose LinkedIn page uses the term “full P&L responsibility” three separate times, under three separate companies. It’s also worth examining another section of the Gores Group’s investment strategy page.

“We specialize in acquiring businesses that are undergoing change in capital structure, strategy, operations or growth and can benefit from Gores’ operational and strategic approach,” it says.

Assuming Schneider shares the Gores Group’s philosophy, American Apparel will be headed by someone who’s not squeamish about coming into a distressed company and guiding it to better times. Of course, we all know what they say about people who assume, but still…

It’s impossible to talk about American Apparel without talking about Dov Charney. Specifically, it’s impossible to avoid the fact that he’s been the subject of more than one sexual harassment lawsuit. And although he has never been found guilty, the perception of the company as a sadistic dungeon of dehumanizing misogyny has stuck. Schneider represents a chance to get out from under that perception.

According to her LinkedIn page, she’s the winner of the 2010 Inspiration Award from the National Association of Women’s Business Owners, and a top fundraiser for the Avon Walk for Breast Cancer. She also belongs to the Women’s Association of Venture and Equity, a nonprofit organization “committed to the development and advancement of women in private equity and venture capital.”

Paula Schneider will be the first female CEO in the company’s history, and she has a long track record of commitment to women’s causes. Her leadership could go a long way towards rehabilitating the American Apparel image, which it could really use right about now.

Correction: This story was updated to reflect the fact Schneider was a senior adviser at The Gores Group, and the firm is a private equity firm, not a venture capital company.