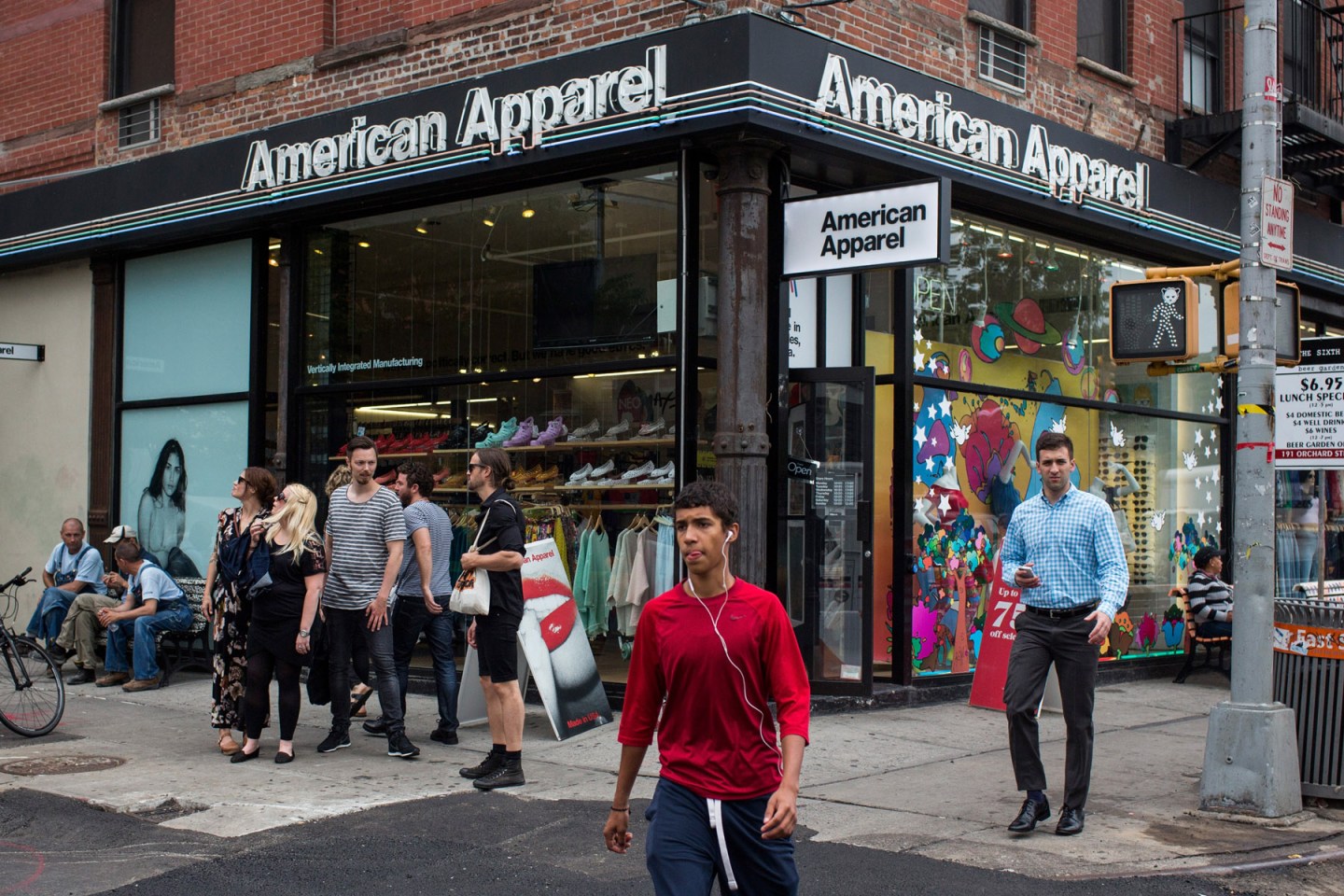 The retail soap opera that is American Apparel (APP) continues.

The latest episode: the troubled clothing maker and retailer has replaced its interim CEO after only three months and replaced him with a turnaround expert. This comes as the retailer continues to investigate Dov Charney, the company founder, whom it ousted in June in one of the many crises that have slammed the clothier in recent years.

Scott Brubaker, 43, managing director at Alvarez & Marsal, a firm that specializes in turnarounds and restructuring, was named as interim CEO, American Apparel said in a press release Monday. American Apparel did not explain why the previous interim CEO, John Luttrell, was leaving so soon, or why the position was still an “interim” one.

Luttrell, who had also served as CFO, will be replaced in that role by Hassan Natha, who has worked at Fisher Communications and Jones Soda Co.

Charney was stripped of his chairmanship and removed as CEO in June in a stunning boardroom coup after the company alleged he had engaged in misconduct. Over the years, Charney has fended off accusations of repeated sexual harassment of employees and of discrimination against some workers on the grounds that they undermined the “AA aesthetic.” The ousting was followed by a war of words between Charney and the company that included threats of a proxy fight and a poison pill being put in place.

Charney has been serving as a advisor to the company while a board committee investigates a litany of allegations against him, and tries to determine what future role, if any, he might have at the company he founded in 1989.

While once one of the trendiest apparel retailers, American Apparel has deteriorated dramatically in recent years: last quarter, comparable sales at its own stores fell 6%, and the company reported yet another net loss.

American Apparel got a lifeline in July when Standard General, a hedge fund, provided an emergency $25 million financing package that gave the clothier much needed liquidity, reducing the odds of a bankruptcy in the short term.