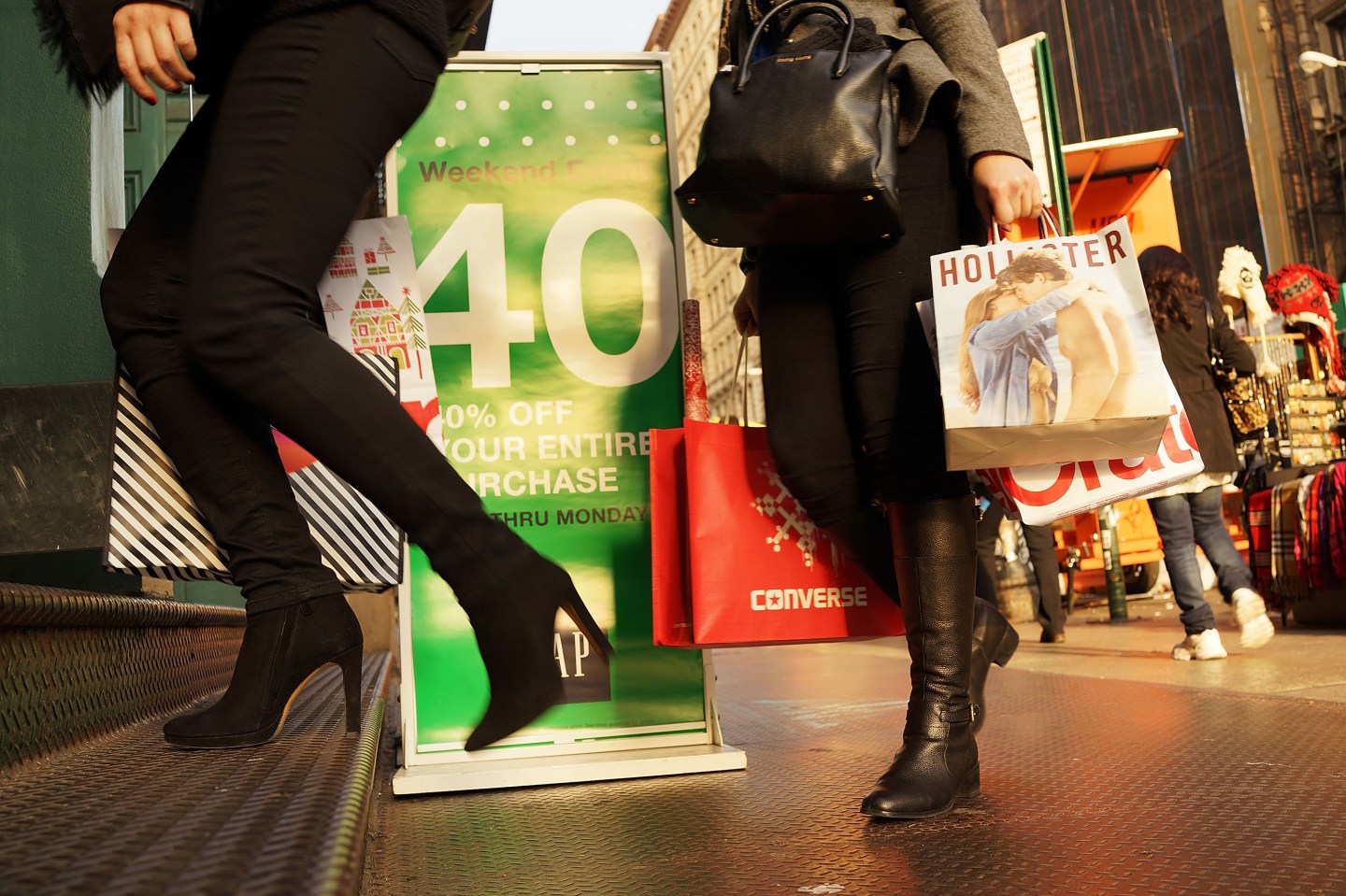 NEW YORK, NY - DECEMBER 02: People carry shopping bags along Broadway on December 2, 2013 in New York City. According to the National Retail Federation, retail spending over the Thanksgiving weekend fell for the first time in at least seven years. The group estimates that total spending over the holiday weekend fell to $57.4 billion, down 2.7% from a year ago despite significant sales and discounts at most major retailers. (Photo by Spencer Platt/Getty Images)
Photograph by Spencer Platt — Getty Images

Happy holidays! The end of the year is here, and that means the business world will slow down from its normal hyper-speed pace. Here’s what you need to know for your week ahead.

The week kicks off with the latest monthly report about the sales of previously-owned home. Data from the report is expected to show that the market remained near its 13-month high, reached in October. Low borrowing costs and a higher rate of household formations helped boost the sustained recovery in home sales. Economists expect existing home sales to reach 5.2 million in November, just shy of October’s 5.26 million.

The Deerfield, Ill.-based drug store chain will report its quarterly results Tuesday. Analysts anticipate earnings-per-share, adjusted for one-time items, to be 75 cents, an increase compared to the year earlier period. Sales are also expected to be higher at $19.6 billion, according to Bloomberg data.

If competitor Rite Aid (RAD) is any indication, Walgreen’s (WAG) shares could be in for a big boost if earnings hit or exceed expectations. Rite Aid’s stock surged over 16% in pre-market trading Thursday after an earnings report that blew past whisper estimates.

Family Dollar (FDO) is holding a special meeting of shareholders Tuesday to vote on its acquisition of Dollar Tree (DLTR). The Charlotte, N.C.-based dollar store inked a deal to buy its rival for $8.5 billion in cash and stock after a bitter battle with third competitor Dollar General (DG).

The Federal Trade Commission has been reviewing the merger to determine whether the companies need to sell off some of their stores before the deal can be completed. The meeting was rescheduled from Dec. 11 after Family Dollar provided additional disclosures to shareholders about the FTC review.

Most of the world markets will be closed for at least part of the Christmas holidays. The New York Stock Exchange and Nasdaq close at 1 p.m. ET on Wednesday and will remain closed through Thursday, Christmas Day.

Many European markets, including London, Frankfurt, Milan and Paris, will also be closed the Friday following.

5. The final days of Christmas shopping.

There’s just three full days left to buy any last-minute holiday gifts–and retailers are continuing their battle to get shoppers in the door. While analysts expect this year to be a decent holiday season for sellers of clothing, toys, electronics and other goods, they say ongoing discounts are cutting into their bottom line. Bad news for stores, but potentially good news for you last-minute shoppers.