Can 3-D simulation obsolete the need for retail field trials? 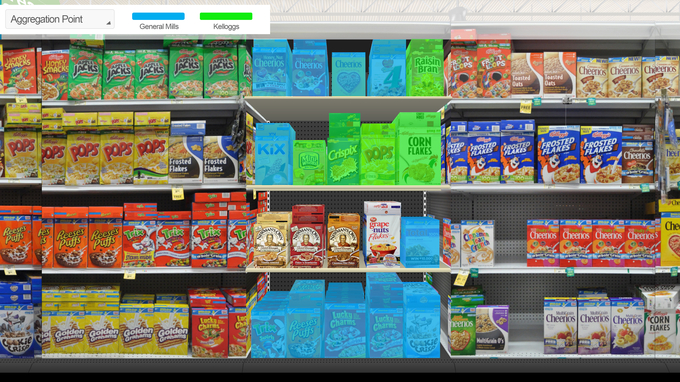 If you are a creature of habit who frequents the same stores regularly, you can relate to the jarring sense of unease I encounter when displays or products are moved from one aisle or location to another. You’re supposed to notice, of course—it’s all part of some grand merchandising scheme.

For many years, decisions about exactly where products should be placed for maximum sell-through have been made based on random field trials and focus groups. But three-dimensional (3-D) simulation technology from five-year-old InContext Solutions could let grocers, retailers, and consumer products companies test a variety of options without actually having to rearrange a store.

The company’s cloud-hosted software, called ShopperMX, lets category managers or marketers create virtual mock-ups of packaging, displays, shelf layouts, or other merchandising ideas they’d like to test. Consumers watch the simulations over an Internet connection and offer feedback through surveys.

Conceptually, the technology allows for testing among a broader base of potential buyers more quickly than a physical store trial that could take anywhere from three to six months to plan and execute. “It’s about as accurate, and it’s less expensive and involved in terms of execution,” said InContext co-founder and chief research officer Rich Scamehorn. “You don’t have to get permission from the retailer to do the study. You don’t even have to manufacture the product.” Scamehorn has 15 years of market research experience, including a stint at General Mills (GIS).

The placement of grocery staples is particularly strategic, he explained: “A typical grocery store layout scatters high-demand products throughout the store to increase traffic. However, these items are easy to find and place around the perimeter of the store. It may seem counter-intuitive, but the goal is to make a consumer’s shopping trip as convenient as possible, while still getting them to use as much of the store as possible.”

While he is secretive about sharing client names, Scamehorn discloses that Chicago-based InContext is working with eight of the top 10 consumer packaged goods companies. (Its website actually includes Procter & Gamble, Coca-Cola, Johnson & Johnson, and many other well-known brands.)

As one test example, he points to a yogurt-maker that evaluated several pricing levels using the InContext software before launching its Greek-style line. The company settled on a promotion rather than a lower base price at introduction, because the marketing team discovered it needed to build awareness for the relatively unknown brand.

The technology was also used to run tests for an innovative shredded cheese bag—one that can stand up on its own. The catch: on the shelf, the item looks smaller than competitive products. Using the InContext simulation, the cheesemaker discovered consumers would respond positively if the manufacturer positioned its benefits more clearly.

“With signage and an explanation, consumers ultimately bought more of it, because they felt it was a more environmentally friendly package,” Scamehorn said. Other cheese manufacturers ultimately followed suit with their packaging, he said.

Next year, InContext plans to open a fifth office location in Milwaukee (aside from its headquarters, it has a presence in Minneapolis, London, and New York). Its latest venture funding infusion came in late August. The $12 million Series D round was led by private equity firm Beringea, along with Plymouth Venture Partners and Hyde Park Venture Partners. The company’s total funding is $20.9 million, according to CrunchBase.

This item first appeared in the Dec. 18 edition of Data Sheet,Fortune’s daily newsletter on the business of technology. Sign up here.