‘Serial’ is small. PodcastOne is building a podcasting empire. 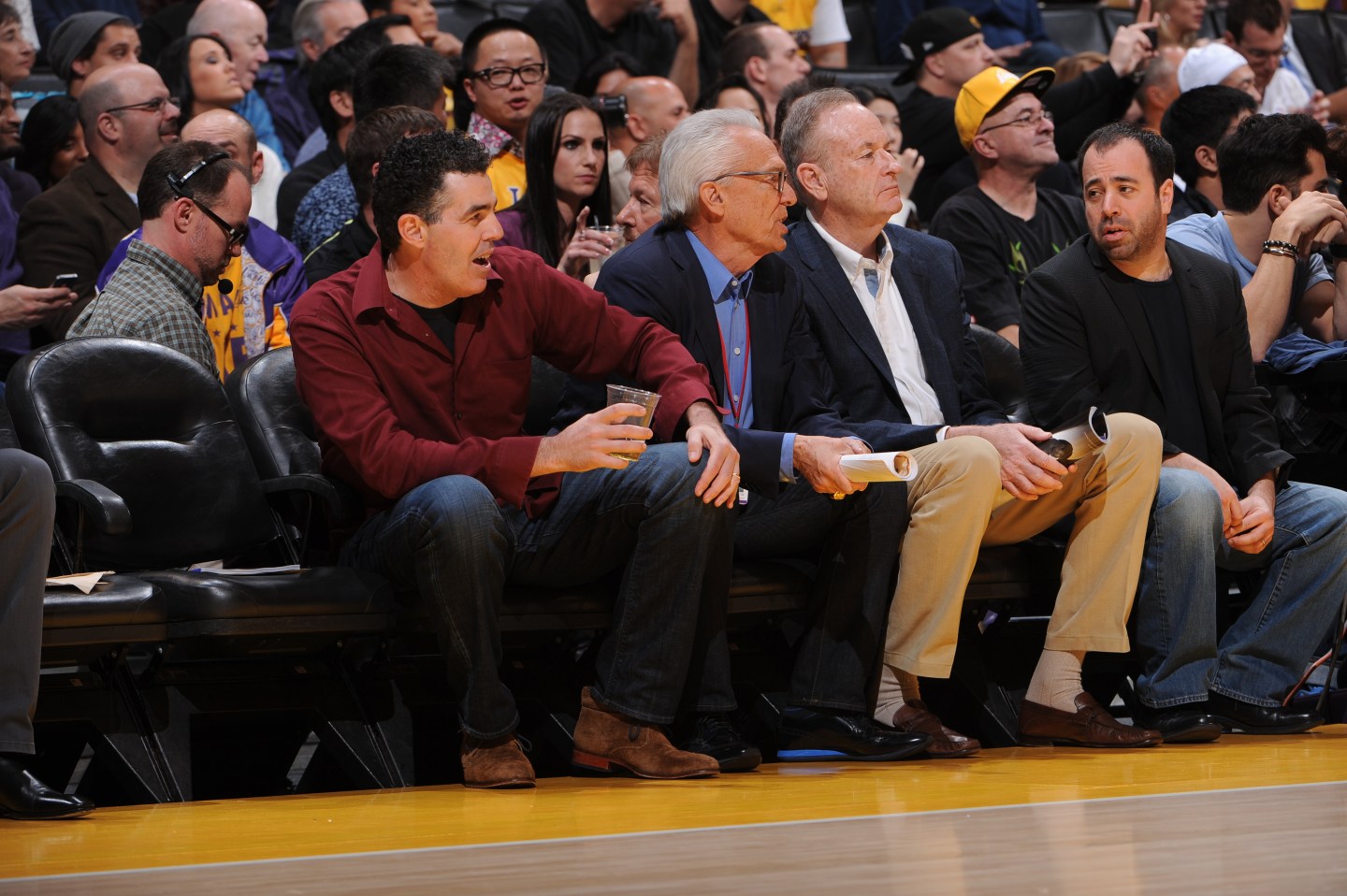 Serial is the media story of 2014. The podcast series, which investigates a 15-year-old murder case, has averaged 3.1 million listeners each week. More notably, it’s become an Internet phenomenon, with dozens of articles, recaps, conspiracy theories, and parodies. Twitter is obsessed. Reddit is obsessed. There are discussion groups. There are tip jars. There are social media gaffes. It has captured the Internet’s fascination the same way that, before now, only a television show could. The success of Serial, combined with the launch of Gimlet Media, a podcasting startup (producing a podcast show about starting a podcast startup, no less), is enough for the media to declare we are in a podcasting renaissance.

Should the radio industry be scared? Not yet. Terrestrial radio still reaches 92% of Americans, and only 15% listen to podcasts. Within that sliver of listeners, Serial’s audience is small potatoes.

The radio listeners of the world won’t switch to podcasts overnight. But the shift from scheduled programming to on-demand content that is happening in TV also applies to radio. Just ask Norm Pattiz, a radio industry veteran who started Westwood One, a syndicator of talk radio shows, and grew it into a half-billion-dollar company. He’s a radio guy for life—“I’ve been a cheerleader of radio for 35 years. I’m not changing my stripes,” he says—but he believes the only way to grow in radio industry is to embrace digital. He saw an opportunity in podcasts, because, unlike radio, which depends on broadcasters to pick up your shows, podcasts have their own distribution.

What’s more, the big radio companies have ignored podcasting, because “it isn’t a major needle-mover for them,” Pattiz explains. Two years ago, podcasting was “pretty much a mom and pop business,” he says. New York ad agencies weren’t buying ads on podcasts, even though podcasts report very high engagement among listeners.

The engagement part is important: “[These] were people who had actively gone out and downloaded this. If you get one million listeners who are active listeners, the engagement for an advertiser is pretty much off the charts,” Pattiz says. That’s how Serial’s advertiser, MailChimp, has spawned its own set of jokes and memes online.

But Serial is only one show with one advertiser. (In later episodes, the show added additional sponsors; it also asked listeners for donations.) Major brands haven’t poured money into podcasts because they aren’t prepared to write small checks to individual shows. Big brands have huge budgets and need to buy at scale.

That’s what Pattiz’s company, PodcastOne, hopes to fix. The company aggregates shows and sells ads in bundles across their combined audiences. It shares the revenue with its programmers. PodcastOne partnered with talent agencies to bring on celebrity podcasters such as Snooki, Dr. Drew, Stone Cold Steve Austin, Radiolab, and Penn Jillette. (Pattiz pitched the idea to Hollywood agent Ari Emanuel during a Los Angeles Lakers game, where they have adjacent seats.)

PodcastOne now offers 200 different shows that are downloaded 120 million times per month. (This equates to 100 million listens, the company says.) Pattiz has 200 more potential shows in the hopper, but the company is rolling them out slowly to meet demand.

That’s where Serial comes in. The show’s fame has translated to more interest in the category of podcasts from listeners and advertisers. “It’s been great for the business because it’s bringing attention to podcasting,” says Pattiz, who is a Serial listener.

The next step is to make the podcast experience even more like radio. Today, the company announced it will partner with the Associated Press to insert up-to-date news briefs at the beginning of each of its podcasts. When a podcast is downloaded, the most recent 60-second audio news clip from the AP will be inserted at its beginning. The majority of podcasts are listened to within a few hours after they’re downloaded, according to Pattiz. There’s a business proposition here, too: Radio networks are increasingly abandoning the news, Pattiz says, so advertisers that want to be positioned alongside news content have fewer options.

In its first year, PodcastOne was happy to snag six major brand advertisers. This year, it landed 36. Pattiz says he expects the podcast category to be worth $100 million next year, with PodcastOne taking the biggest share of it. It’s nowhere close to the $16 billion radio industry. But it might be the future of audio.

Update December 19, 2014: This story has been updated to note that Serial added more than one additional advertiser in later episodes, not merely one additional advertiser. Likewise, Serial attracts a monthly audience of 3.1 million listeners, up from 1.5 million a month ago. PodcastOne’s podcasts are listened to 100 million times per month, though it has not disclosed how much overlap there is between listens.