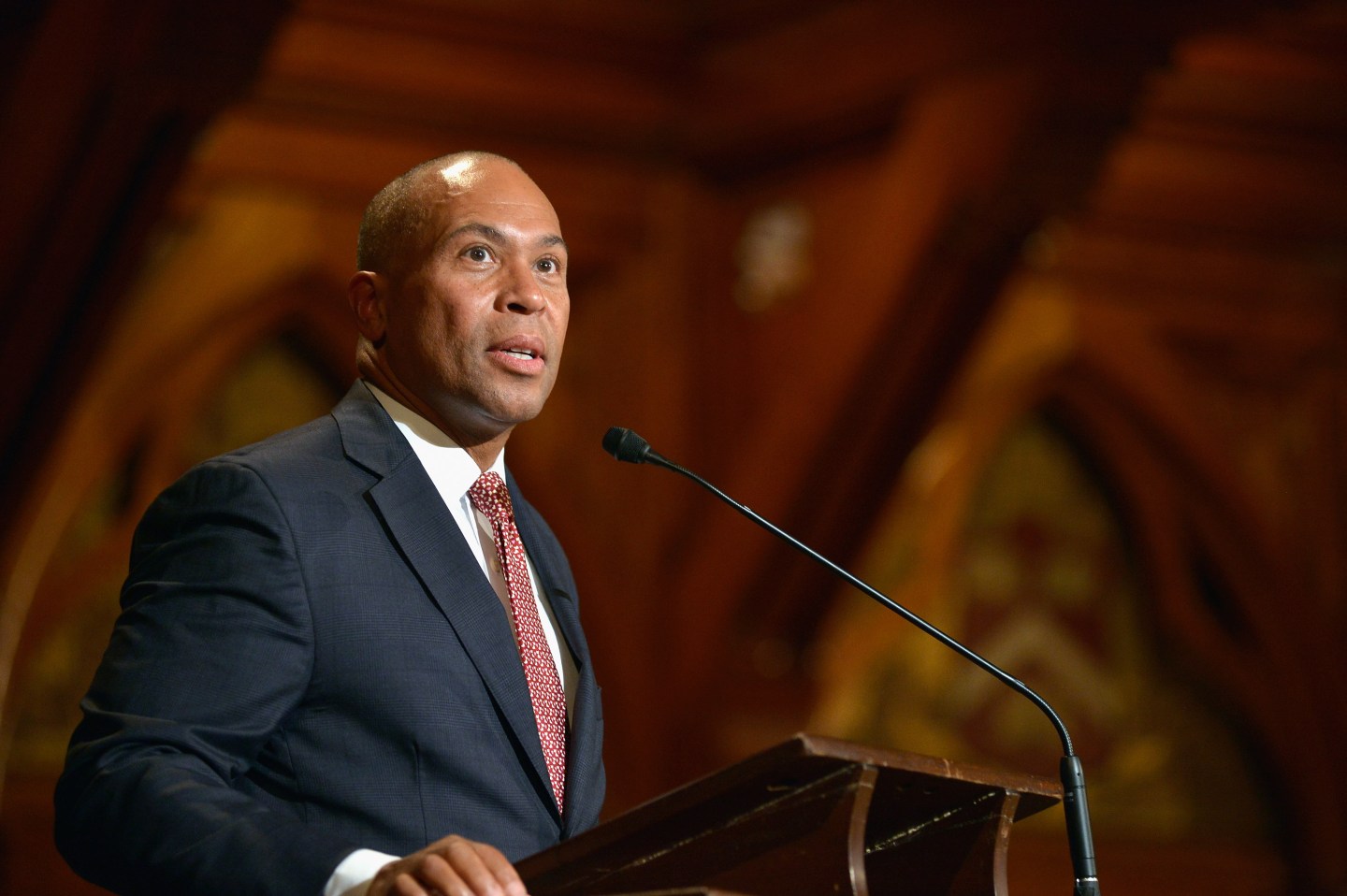 Massachusetts Gov. Deval Patrick will leave office next month and return to the private sector, where he previously held senior executive roles with such companies as Coca-Cola (KO) and Texaco. There also continues to be talk about the 58 year-old as an eventual presidential candidate, which is something he has not ruled out.

From a state economic perspective, Patrick’s tenure was largely successful. Job growth has far outpaced the national average, with life sciences job growth besting all other states. He also has helped encourage Massachusetts’ tech sector to shake off its 1980s hangover, via such widely-lauded programs as MassChallenge. On the downside, a CNBC report suggests that the state’s economic competitiveness dropped to #25, due largely to high costs of living and of doing business (for comparison, California is listed as #32 and New York at #40). Patrick cut the corporate tax rate three times during his eight-year tenure, which was arguably offset by other tax increases and rising electricity costs.

Fortune spent some time yesterday with Patrick in his State House office, to get his thoughts on how his private-sector experience did, and didn’t, inform his time as governor. We also discussed his future plans and next steps for the state’s tech sector.

What follows is an edited transcript of our conversation:

FORTUNE: What lessons from your private-sector experience translated well into being governor, and which ones didn’t?

PATRICK: You know people say we ought to have businesspeople running government. It’s not the same thing but there are some similarities, especially with large organizations. Whether it’s here in state government or at Coca-Cola, what you set as the agenda doesn’t work and won’t happen unless you win the middle management, persuade them that they have a stake in it. That it’s wise, it’s doable. And, frankly, I think that listening to them to think about how to do things and make sure they accomplish them was helpful at Coke and helpful here.

There are some obvious things. You can’t incentivize people the same way in the public sector as you can in the private sector. But, then again, I’d say there’s a tremendous amount of creativity and energy here and people are mission-driven. So if you’re clear about the mission that’s pretty strong motivation.

The accounting and all that stuff is still math, even though you don’t have all the same levers. You can still grow the top line and the bottom line. Cutting costs is part of that, obviously, but the growth of the top line is about the growth of the economy and less so about cutting tax rates for people, even though we cut business tax rates three times. And growing the economy is something you can’t just leave to chance. You’ve got to be purposeful about that. And that can’t be done by government alone or by the private sector alone. It’s got to be done by working together.

People often say that being governor, or president, is akin to being a CEO. Is that a fair comparison?

Oh yeah, with a couple of big distinctions. One is that my board is 7.5 million people as opposed to 12.

You view voters as your board, as opposed to the legislature?

Yes. We’re talking about the executive role. The legislature is the legislature. I don’t see myself as the chief legislator or legislator-in-chief. I know there are governors who do who measure their success by what laws or legal reforms come. That’s a part of it, and I think we’ve done really well there, but it’s more about making stuff happen. It’s like getting the healthcare reform law passed is something I give Governor Romney great kudos for. But it went into effect the day I took office. And we’re the ones who delivered virtually universal care. So I think there are some similarities, but another difference is that in most of the companies I worked in or with you didn’t have two or three or five media outlets commenting on every single thing you did.

I said most. But, even when I was there at Coke we had a couple hot topics we were dealing with and mostly what you got were reports from analysts on how the performance was. Not whether somebody goofed up.

Do you believe your private-sector experience gave you extra credibility with local business leaders?

I think you have that credibility by virtue of the role. Like in every setting, sometimes they say things behind your back that are different from what they say in the room. But I’m a good listener and I think they would all say that. And there were things I didn’t understand, and when I didn’t I’d say ‘you have to explain it to me.’ In a few cases, the explanations were the same kind of doublespeak I would hear when managers at a company I was working with were reporting in to executives and you’ve got to call it out. And I think sometimes they didn’t realize that I actually understood that language. So that was kind of fun.

There are a couple of great examples of this. We had a whole tax thing last year around transportation mainly and a lot of tension trying to get to a good place. I went big on the theory that you get less than what you ask for. And the legislature did a lot more than they wanted to, particularly on the gas tax but they did a couple of other bells and whistles and one was the so-called ‘tech tax.’ The legislature did that after the ‘business community’ said it was okay, but they hadn’t talked to the tech folks. Instead they talked to the usual suspects – and they’re good people, like the Chamber of Commerce – but they haven’t really internalized the voice of some of the high-growth sectors of the economy. That has to change, and I think it’s starting to change.

When you think of Northern California’s tech corridor, it runs more than 50 miles from San Francisco to San Jose. In Massachusetts…

Exactly. From Kendall Square to the Boston Seaport. Will Massachusetts ever have a tech corridor that extends, say, 40 miles from Boston out to Worcester?

We have to expand it. There are reasons of physical confinement. There are reasons of economic aspiration. You know I lived in LA and know San Francisco well — we actually thought of moving there any number of times in the past. I grew up in Chicago, I lived in Atlanta for a period of time. Folks here think that the trip from [downtown Boston] to Worcester is a big trip. The way we think about space is different. But there are a lot of reasons why the formula that works in Cambridge — meaning the universities as the core, commercializing more of their IP — is a formula that can work in the other gateway cities.

You’ve said your plan upon leaving office is to return to the private sector, at least at first. Can you provide any information on what you plan to do?

Somebody told me the other day that when you’ve driven the bus it’s hard to just be on it in the future. But, honestly, I don’t have a plan yet because you can’t really have any conversations while you’re here. We’re first going to go on a long warm-weather nap and then I’ll look in earnest starting at the end of January. I think it’s probably going to be some kind of portfolio of things. I’ve been approached by venture firms, equity firms, a couple of companies, a number of boards and maybe will do some speaking.