As the Fed inches toward rate hike, Switzerland goes negative 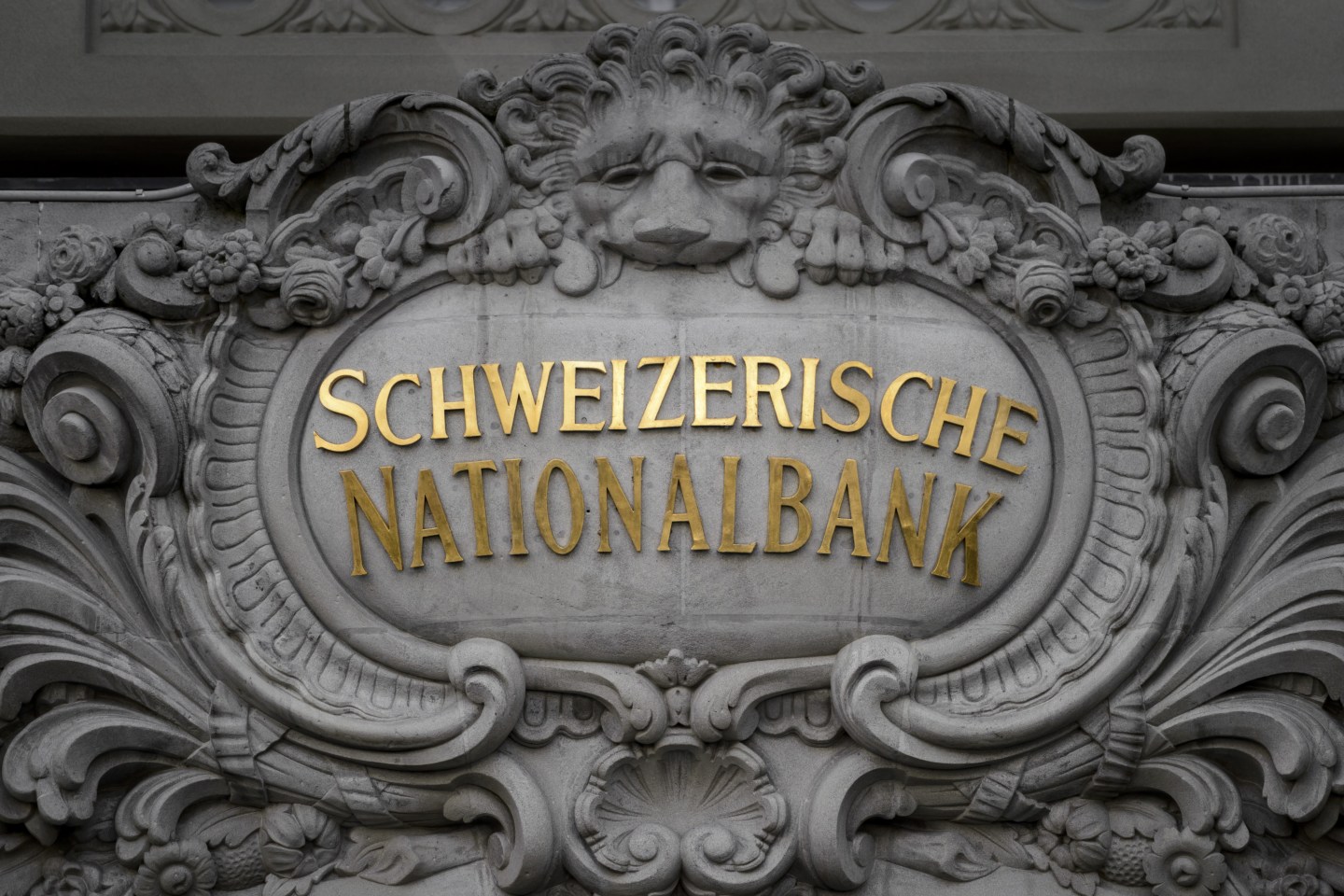 Switzerland’s central bank made its most desperate attempt yet to save local industry from a disastrous currency appreciation caused by inflows of capital seeking a ‘safe haven’ from turbulent markets across the world.

The Swiss National Bank said it would cut the rate on deposits over 10 million francs ($9.76 million) to -0.25%, in an effort to stop banks buying its currency. The ceiling is set at CHF20 million for the country’s largest banks, such as UBS AG (UBS) and Credit Suisse AG (CS).

The SNB has been capping the franc’s exchange rate against the euro since 2011 in an effort to stop Europeans fleeing the sovereign debt crisis, and the currency has hardly retreated from that cap even in the two years since the worst of the crisis passed.

“The Swiss franc has been experiencing renewed upward pressure vis-à-vis the euro in the last few days,” SNB governor Thomas Jordan said in a statement, citing “rapidly mounting uncertainty on the financial markets.”

“The crisis in Russia was a major contributory factor in this development,” he added. Some market participants inferred that he had been referring to inflows directly from Russians afraid that their country would introduce capital controls.

Jordan didn’t confirm that, but London-based spread betting firm City Index warned that the bank will have to do more, predicting a rising tide of capital flight from Russia.

Jordan was more concerned about making sure that the franc doesn’t break its ceiling of 1.20 the euro, the SNB having decided in 2011 that this is the level above which Swiss industry can’t compete with producers in the Eurozone, which surrounds Switzerland on all sides and is by far the country’s biggest trading partner.

“To this end, we are prepared to purchase foreign currency in
unlimited quantities and to take further measures, if required,” Jordan said, adding in later remarks that the SNB could cut interest rates still further.

That’s a significant difference from European Central Bank President Mario Draghi, who has abandoned the idea of further rate cuts and is instead trying to push his bank in the direction of ‘quantitative easing’, after the fashion of the Federal Reserve. Both central banks are struggling with a collapse in inflation that is threatening to turn into a destructive, deflationary spiral.

The SNB’s move comes as fresh political uncertainty in Greece is again prompting people to switch out of euros into the franc. The Greek parliament yesterday failed in its attempt to elect a new president. If it fails again in two further votes, then new elections may be called by the end of January–with a strong possibility that they will be won by the Syriza party, which has threatened to default on the country’s bailout loans.