3 industries entrepreneurs can disrupt with the ‘Internet of Things’ 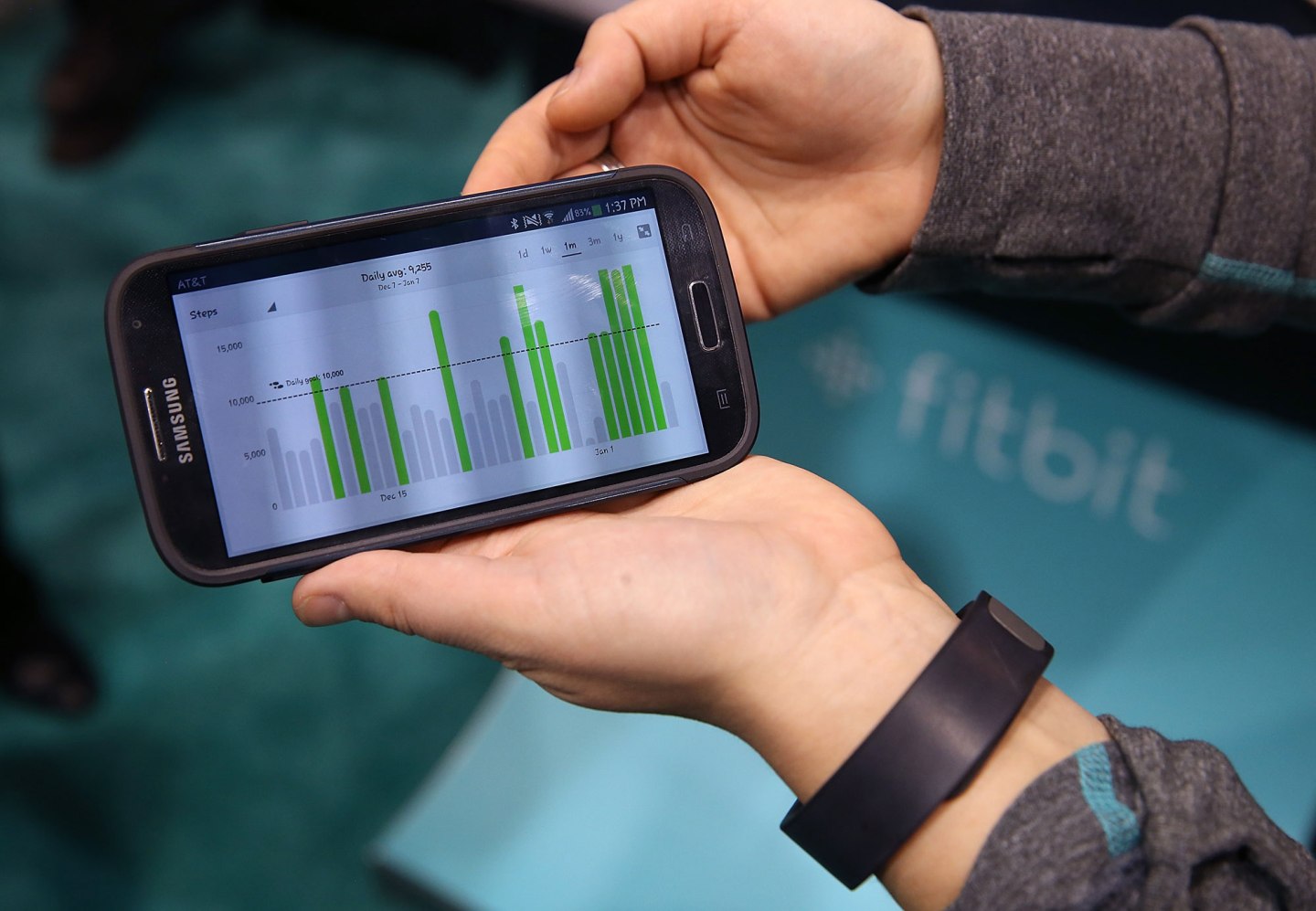 LAS VEGAS, NV - JANUARY 07: Data collected from the Fitbit Force is displayed on a smartphone in the Fitbit booth at the 2014 International CES at the Las Vegas Convention Center on January 7, 2014 in Las Vegas, Nevada. CES, the world's largest annual consumer technology trade show, runs through January 10 and is expected to feature 3,200 exhibitors showing off their latest products and services to about 150,000 attendees. (Photo by Justin Sullivan/Getty Images)
Photograph by Justin Sullivan—Getty Images

The IoT is a term developed to describe a wireless network of “things” containing embedded technology that communicate without human interaction. For example, a “thing” can be a wireless blood pressure monitor, a sensor on an assembly line or an RFID tag on a piece of clothing in a store.

According to Gartner, there will be nearly 26 billion wireless devices connected to the Internet by 2020. Considering that in 2009 that number was less than 1 billion devices, it seems clear that the Internet is experiencing explosive growth of connected “things.”

So far, IoT technology has been mostly adopted by the manufacturing industry using machine-to-machine (M2M) communication. However, with rapid innovation of IoT technology, more and more industries are taking advantage of this new way of life.

Here are three such examples of how businesses are becoming “smarter” by adopting IoT. Each presents new market opportunities for entrepreneurs innovating with technology to improve services, connections and communication:

With the potential to improve the health, safety and care of billions of people, healthcare is one of the most promising industries for IoT. With wi-fi-enabled medical tools and devices, hospitals are able to collect, record and analyze data faster and more accurately. This helps medical staff perform diagnosis and treatment and undoubtedly improve standards of care.

Health monitoring and wearable devices for patients are becoming extremely popular, as they’re able to transmit a patient’s real-time, vital-sign data from their home to medical staff. Such Wi-Fi powered devices include “things” such as glucometers, scales, heart rate and ultrasound monitors.

Furthermore, wearable devices are gaining attention among the elderly and those with chronic illness. With the push of a button, a person is able to alert the medical staff of an emergency situation.

Additionally, fitness bands such as the Nike (NKE) Fuelband or Fitbit measure whole-body movement throughout the day — transmitting the data wirelessly to the user’s computer, tablet or smartphone. This trend also has the potential to impact the way health insurance companies operate.

Machinery and manufacturing was one of the first industries to take advantage of IoT technology. Currently, billions of wireless devices and sensors are network linked in factories around the world. Industrial networks make day-to-day operations “smarter” in many ways. To execute a “smart” manufacturing system, businesses integrate IoT sensor-based technology into their processes and systems.

After installing IoT technologies, King’s Hawaiian was able to produce an additional 180,000 pounds of bread every day, doubling its previous output. The company installed 11 connected machines into a new factory that gave the employees the ability to access both historical and real-time data to monitor performance. The system is connected to the Internet, so it can be controlled and managed from a remote operations center.

IoT has the potential to make manufacturing faster, more efficient and more profitable.

The convenience of online shopping provides a huge advantage over brick-and-mortar stores. As such, ecommerce giants such as Amazon (AMZN) have been growing at a phenomenal rate. With advancements in IoT technology, in-store retailers now have an opportunity to level the playing field by tracking inventory and consumers in real time.

Mobile IoT technology has breathed new life into brick-and-mortar stores by giving them the tools to create a more personalized shopping experience. Today, these stores are able to collect a consumer’s location, demographic info and shopping history for an enhanced shopping experience. With real-time data, sales associates can make personalized recommendations and/or offers on the fly to increase the chances of making a sale.

Furthermore, retailers are adopting the use of radio frequency identification (RFID) tags to identify individual items in a store. RFID tags work similarly to barcodes, but they can be used wirelessly. With tags, brick and mortars are able to efficiently track inventory and continuously update merchandise information. Sales associates are also able to give advice and make suggestions in the moment, giving them a competitive edge over their online counterparts.

The future of IoT

With billions of devices coming on board the Internet of Things, Gartner estimates that IoT product and service suppliers will generate incremental revenue exceeding $300 billion, mostly in services. There’s no shortage of predictions on how the market will evolve, but it’s clear in the years ahead, IoT will revolutionize our entire global ecosystem.