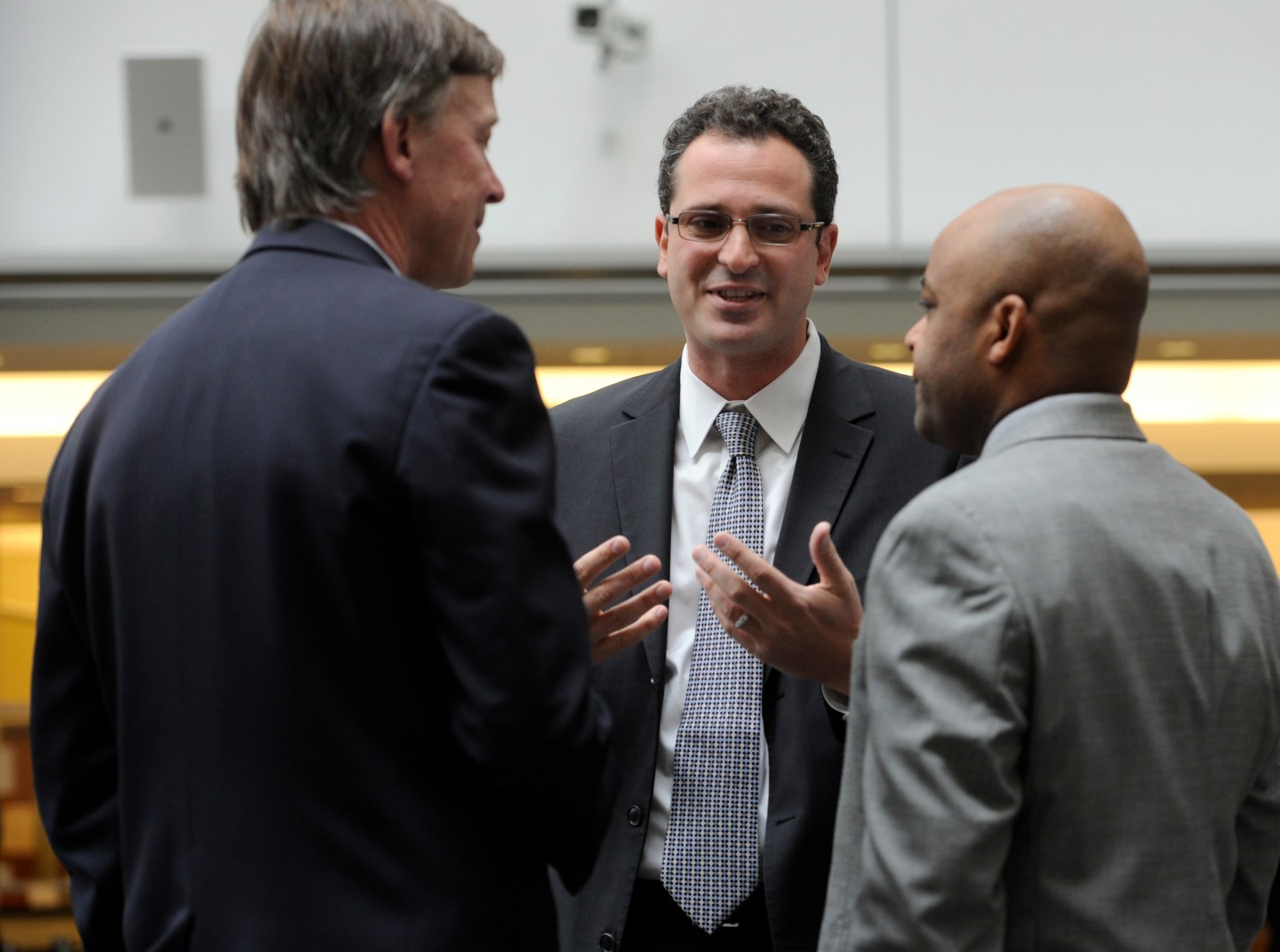 OnDeck Capital Inc., a New York-based online platform for small business lending, today began trading on the New York Stock Exchange after raising $200 million in its IPO. The company priced 10 million shares at $20 per share, which gave it an initial market cap of around $1.32 billion, and has been trading much higher all day.

Fortune spent some time on the phone with OnDeck (ONDK) chairman and CEO Noah Breslow, to discuss the IPO, OnDeck’s differentiation from LendingClub and if its rates are too high. What follows is an edited transcript of our conversation.

FORTUNE: You priced your IPO just one week after LendingClub, also an online lending platform, went public quite successfully. Did you intentionally try to time it that way?

BRESLOW: We know that team very well and have some of the same investors, but this isn’t how we set out to do things. We thought they might go out a bit earlier. But you never know how it’s going to go with the SEC, and we soon both realized that it would be at around the same time. Morgan Stanley was lead left on both deals so they made sure we didn’t collide. In general, I think having both of us go out at around the same time raises awareness of the entire fin-tech sector, which is good for everyone involved.

Do you feel like you were competing for investors who only wanted to do you or LendingClub?

I don’t think so, because it really didn’t turn into a beauty contest. Both companies have triple-digit growth rates with good management and good venture investors. LendingClub (LC), though, is primarily about disintermediating consumer credit providers and consolidating consumer debt. On Deck is about expanding credit opportunities for small businesses. And I think it shows in that some of our largest investors in the IPO also were large investors in LendingClub’s IPO.

On Deck came into a market that had largely been abandoned by the big banks because they considered it to be unprofitable. Why do you feel there are profits to be found?

The bank infrastructure and process is much better set up to make $5 million loans than $50,000 loans, which is On Deck’s bread and butter. Our process and infrastructure is much more automated. For example, we didn’t have to open branches. It’s true that we reported a net loss for the first nine months of 2014, but we crossed over into profitability in Q3.

IPOs are financing events, and you just raised $200 million. What will it be used for?

We’re going to invest in building our brand, because most small businesses still don’t know about us. We want to be seen as part of the mainstream financial infrastructure in this country. So we’ll spend more on direct marketing and brand marketing. We also want to keep investing in our data analytics and other technology. We doubled the size of our engineering team this year [to around 95 people] and plan to double it again next year. We also want to expand into new form factors and new geographies.

One of the knocks on you is the high annual percentage rates (APR) that are attached to On Deck’s loans. Fair critique?

Well, if you don’t repay on time we don’t make you pay more interest. And these are intended to be short-term loans. The cost of borrowing from On Deck is two cents per month on any dollar borrowed, and you really need to annualize the customer’s return — on purchasing new equipment, for example — in addition to annualizing the rate. We’ve also been bringing prices down since entering the market, but keeping our margins because our own costs have come down thanks to technology improvements. Yes, there is some sticker shock if you look at APR, but it doesn’t usually apply to our borrowers.

The other criticism relates to On Deck taking balance-sheet risk, which is something LendingClub doesn’t do.

If you understand the risk, it can be an asset. Again, it goes back to each company’s origins. LendingClub and Prosper were about debt consolidating from banks like Capital One to peer-to-peer platforms — so they were leveraging underwriting that had already been done on borrowers, and then using FICO scores to sell them. We were about expanding access to credit, so we created our own score, the On Deck Score, and it took five or six years to build up our track record.

Your stock price has popped more than 30% since this morning’s open. Did you price it too low?

No, we feel good. We priced above the initial filing range by a few dollars, and were oversubscribed. You just can’t look back at something like this and second guess.