10 weird, impractical and creepy gadgets that appeared in 2014 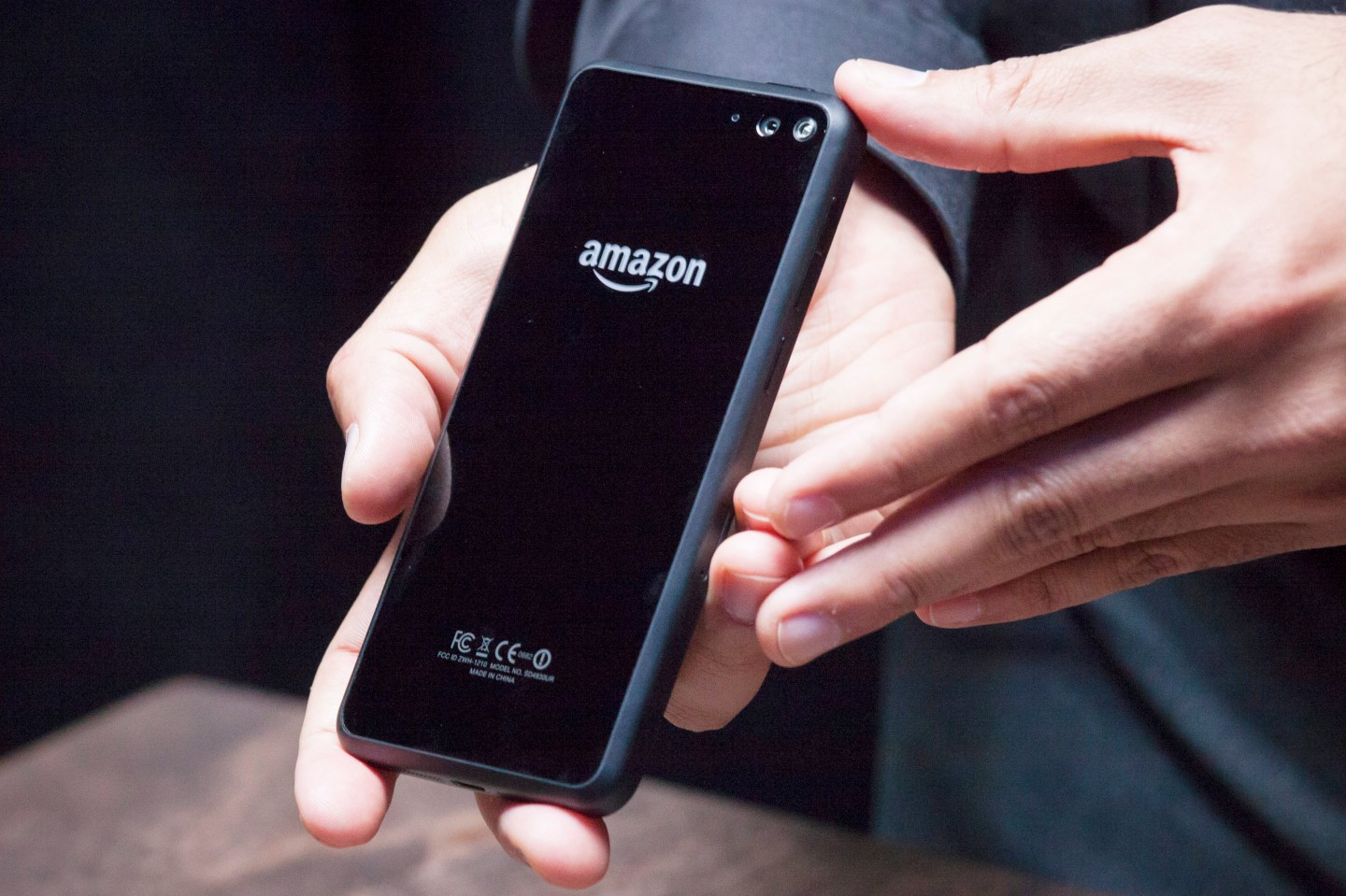 SEATTLE, WA - JUNE 18: The back of Amazon.com's first smartphone, the Fire Phone, is displayed during a demonstration at the company's Fire Phone launch event on June 18, 2014 in Seattle, Washington. The much-anticipated device is available for pre-order today and is available exclusively with AT&T service. (Photo by David Ryder/Getty Images)
Photograph by David Ryder — Getty Images

Everybody loves a new gadget. But they can’t all be winners — and when your new tech toy doesn’t live up to expectations, a special kind of disappointment ensues. Yet this phenomenon doesn’t stop companies of every size from throwing high-tech spaghetti at the wall to see what sticks. And it doesn’t stop consumers from lining up around the block to buy them. After all, one of them has to be the next iPhone, right? Right?

We recently ran down the 26 coolest gadgets of 2014, so it’s only fitting that we also list those unfortunate creations whose plusses were perhaps less tangible than their minuses. Some were impractical, some were ridiculous and some were a little creepy. But what they all had in common was a one-way ticket to the halls of tech misfire infamy.

Many of us are addicted to our handheld devices, but most of us draw the line at bringing the iPad along when that time rolls around. But there will always be those who absolutely, positively must bring it with, and their needs have remained unmet. Until now.

For these nonconformists, there is the CAT Digital iPad Holder. The angle at which your tablet is displayed is fully adjustable, and it even comes with its own toilet paper dispenser.

Don’t you just hate it when you have to decide between chopping onions or playing Minecraft? Well, the good people at CTA Digital have addressed this Sophie’s Choice with their Bamboo Cutting Board with Stand for iPad and Knife Storage.

This contraption can certainly prove useful when working with an online recipe, and of course it’s always nice to have a place to put your tablet when the kitchen table is covered with giblets. But when you’re hacking ribs apart with a meat cleaver, is it really the best time to give “House of Cards” your undivided attention?

The Fire Phone was probably the most high-profile tech misfire of the year. Amazon had created such successful gadgets as the Kindle e-book reader and the Kindle Fire tablet, so a smartphone was the next logical step. Unfortunately, its product page quickly filled with one-star reviews detailing its short battery life and tendency to get exceptionally hot after a few minutes of use. News outlets also dealt it a harsh drubbing.

“Amazon stuffed it to the gills with bells and whistles that few people seemed to want, including a head-tracking system that allowed for a mostly useless 3-D effect,” the New York Times wrote. “Amazon sold this novel, unknown phone for $199 with a two-year contract, the same price as that of other high-end rivals. No one was impressed.”

When the iPhone 6 Plus was unveiled, it took some criticism for its ungainly size of 6.22 inches. Well, whoever had a problem with that apparently never saw the Hisense X1, which at 6.8 inches is less a phone than it is a tablet that can make calls when you press it against your face.

The device’s specifications are not too shabby. Engame’s review of the product said that it came with “what we'd expect from a high-end smartphone: Snapdragon 800, 13-megapixel camera, 1080p IPS display, 3,900mAh battery and Android 4.4 KitKat.” Unfortunately, the review also said that it’s simply too big to be practical.

In January 2014, Intel CEO Brian Krzanich spoke at the International Consumer Electronics Show in Las Vegas, where he articulated his vision for the company in three words -- "make everything smart." The smart-making has extended to things not exactly crying out for technological improvement, such as coffee mugs.

The Intel Smart Mug can be programmed to make LED smiley faces, and it can connect to the company’s smart baby onesie to notify you of your bundle of joy’s vital statistics. Unfortunately, you can’t exactly stick it in the microwave to reheat your coffee, for fear of frying the components, which may explain why this product has not yet been released.

As any recent college grad can tell you, life is hard without structure. Luckily, a company called Sen.se has created a product known as “Mother,” which monitors your physical activity, tabulates how much coffee you drink and times you as you brush your teeth, thereby structuring every last facet of your entire waking life.

The product comes with “motion cookies,” which the user attaches to a given object to observe its use. The cookie then reports its findings back to the gadget and, by extension, to the user. It’s an ideal gift for those who feel that their movements and daily goings-on are not being sufficiently monitored by the NSA.

Have you ever wanted a complete stranger to spot you on mass transit, use facial recognition software to find your Facebook profile and learn your relationship status? The makers of NameTag seem to believe that someone does, otherwise they wouldn’t have invented this app for Google Glass.

“Nametag links your face to a single, unified online presence that includes your contact information, social media profiles, interests, hobbies and passions and anything else you want to share with the world,” the website says. “Simply snap a pic of someone you want to connect with and see their entire public online presence in one place.” Not at all creepy or stalker-ish.

The Sprint LivePro is a combination projector and Wi-Fi hotspot, for those times when you need… a projector and a Wi-Fi hotspot. The product page refers to it as “the Swiss Army knife of electronics,” but critics found it to be expensive and impractical.

According to a less-than-glowing review in Engadget, “battery life, low specs and high price will drive potential buyers away.” The item sells for $300 with a two-year service agreement, but apart from the travelling salesperson giving presentations at Ramada Inns across America, it’s hard to say who would actually want this thing.

According to its website, TREWGrip “is a handheld ‘rear-type’ keyboard... The standard QWERTY key layout is split and rotated so the hands gripping TREWGrip can effectively touch-type in a mobile setting.” In other words, it’s a keyboard that’s flipped over, split in half and held like an accordion.

Reviews of this product have not been stellar. PC described it as “very weird,” and Laptop said that users would have to spend “long hours mastering the device.” It’s easy to imagine consumers abandoning it after a few marathon sessions.

The skateboard is pretty hard to improve on, and the fact that its design has remained essentially the same for decades is a testament to that. Still, some people won’t be happy until everything they own can connect to a smart phone, so the Yuneec E-GO Cruiser skateboard is for them.

It can be powered by an iPhone app that allows the rider to connect to it via Bluetooth. Of course, like most skateboards, it’s really just a platform with wheels attached that you stand on while it moves, so besides the bells and whistles, what makes this any different from a normal skateboard? It costs $699, that’s what!