Uncategorized ·Best of the Year in Business 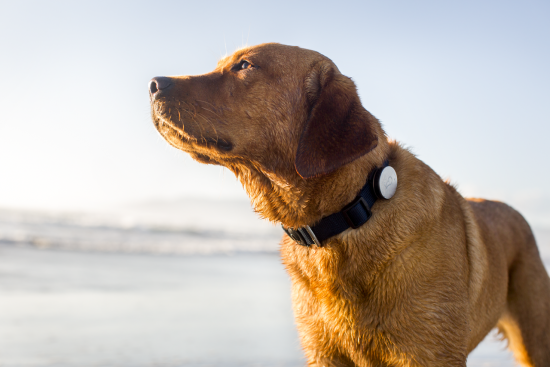 Some are only available for pre-order and others are modern twists on age-old technologies, but all of these gadgets are designed to make life slightly more awesome.

The "Fitbit for Dogs" allows pet owners to see what their pets are up to all day through an app on their smartphones. So if your dog doesn't leave the couch all day, it might explain why he's so hyper when you get home at night, according to Fortune writer Ben Geier. The unit is waterproof and its battery lasts for ten days. [Whistle]

There is now a “Fitbit for” just about anything. Dash is a Fitbit for your car. The device plugs into a car’s OBD input (all cars made after 1996 have them), tracking the car’s vital signs to identify problems before you get towed to the mechanic. The accompanying app offers discounts on servicing and roadside assistance. [Dash]

This sleek-looking bike navigation unit uses LED lights, crowd-sourced paths from Strava and MapMyRide, and a Bluetooth connection to your smartphone to safely point you toward your next turn. The units have 20 hours of battery life and include a headlight for night riding. Hammerhead is currently on backorder, with new shipments starting in February. [Hammerhead]

A member of the media displays an Apple Inc. iPad Mini 3 for a photograph after a product announcement in Cupertino, California, U.S., on Thursday, Oct. 16, 2014.

Apple’s latest tiny tablet is inconspicuous enough to enough to carry everywhere, small enough that it won't get stolen, but big enough to do any work you wouldn't do on your phone, according to Fortune writer Phil Wahba. If you want to save some money and don’t care about the fingerprint “Touch ID” security, the iPad mini 2, for $299, is just as good. [iPad Mini 3]

This inexpensive device plugs is simple to plug into your TV to watch streaming content. It’s the top-selling electronic device on Amazon, outselling even Amazon’s own Fire TV Stick. [Google Chromecast]

Amazon’s answer to the living room wars has been a winner. It’s fast and easy to navigate with spot-on voice recognition and an intuitive remote control. It’s especially good for Amazon Prime subscribers, as the system’s search function prioritizes Amazon Instant Video content over other apps. (If you own lots of content via iTunes, stick with Apple TV.) The Amazon Fire TV's main advantage over the smaller, cheaper Fire TV Stick or the Google Chromecast is its voice search and its ability to stream Amazon's more hardcore video games. [Amazon Fire TV]

Jawbone’s portable, wireless speaker is totally inconspicuous, unless you choose one of the wilder of the 17 available color combinations. According to Fortune writer Ben Geier, its Bluetooth connection works seamlessly and the unit offers excellent sound quality. “It’s the best speaker system I’ve ever used,” he says. A smaller unit, for $99, is easy to throw in a purse or coat pocket. [Jambox]

The Aether Cone, submitted by Fortune senior editor Heather Muse, is smarter than your average smart speaker. The speaker downplays the reliance on smartphones to control it (“less screen, more living,” the idea goes). A gentle twist will change the music to a different, but similar artist, and a big twist will change it to something totally different. Oh, and it remembers your music preferences, customized down to the location within your house. [Aether]

These Lebron James-inspired wireless earbuds are resistant to sweat and motion, which makes them perfect for workouts. "I always come back to this pair for everyday use," Fortune writer JP Mangalindan says. "They're rugged and sweat-resistant, and the sound is among the best I've heard from Bluetooth earbuds." Bonus: They come in five bright colors. [Powerbeats2]

If the idea of outfitting your entire home with Internet-connected sensors seems intimidating, GE’s smart lightbulb is an easy first step for saving on energy costs and controlling your lights with your smartphone. Once you’ve set the system up, you can relax for awhile – the lightbulbs last 22 years. [GE Link]

If you’re ready to dive deeper into the world of smart homes, SmartThings’s handy starter kit includes a hub and three “things,” which can be used as a home security system, house key trackers, or kid monitors. SmartThings promises it can all be set up in 15 minutes. [SmartThings Smart Home starter kit]

There’s one big drawback to hooking your garage door, locks, lights and cameras up to Wifi – it means they’re all hackable. “As the IoT takes off, people are going to need a better way to manage and protect their device network,” says Fortune writer Robert Hackett. He likes BitDefender, one of the first products designed to ward of home hackers. The cost of the box includes a one-year subscription for unlimited devices, after which you pay $99 per year. [Bitdefender BOX]

This charcoal-free countertop grill allows Fortune writer Laura Lorenzetti to cook out indoors. It heats up fast, saves energy and cooks anything from steak and burgers to pancakes to perfection. "I sound like a sales person right now—but I really do swear by it," she says. [Breville Smart Grill]

Nespresso's instant espresso maker simplifies espresso-making just like Keurig did with coffee. "I can pretty much make a decent latte using one hand plus both eyes shut, and those little colorful pods are so delightful," says Fortune senior writer Michal Lev-Ram.

Whether you’re gluten-free or you just avoid carbs, a spiralizer machine is the best way to pretend you’re eating delicious pasta when choking down vegetables. Zoodles—zucchini cut like spaghetti—are the new noodles. [Clearmax Spiralizer]

Disney's wearable wallet makes vacations at the company's theme parks seamless. "No more super annoying room key cards that work half the time—and get lost the other half," says Fortune senior writer Michal Lev-Ram. "The RFID bracelet acts as your hotel key, your admission to the park, and your credit card for paying for all sorts of things you don't really need to buy." The technology has been touted by wearable professionals and payments execs alike as an example of how we'll pay for everything in the future. [Update: This item has been updated to note the correct price of $12.95.]

Even if you aren't a die-hard Apple fan, you'll probably want to wait until the Apple Watch comes out next year before you buy any of the other smartwatches and fitness trackers in the market. [Apple Watch]

Wearable technology gets a bad rap for being clunky and unfashionable. Ringly is a cool-looking a “smart ring” that  vibrates to send you custom notifications, like, five minutes before a meeting or if your significant other texts you. It saves you from pulling out your phone over and over for unimportant notifications. The rings are only available via pre-order, scheduled to ship early next year. [Ringly]

Smartwatch. Drone. Selfie. No product could include more buzzwords from this year. Nixie's flying, wearable camera is almost too “2014” to be true – there’s no release date for the product yet. However, its creators recently won a $500,000 prize from Intel. [Nixie]

Kano’s simple make-your-own computer kit is an easy way to get kids interested in learning about coding and computers. Once kids put together their computer, they can learn to code by creating music, video and games (or playing existing ones like Minecraft). [Kano]

Fortune writer Robert Hackett is a fan of this new drone because it has a dedicated flight controller, so you don’t have to use a glitchy app on your phone, as required for previous models. (You'll pay extra for it, though.) It also has a fisheye lens with headset compatibility, so you feel like you're zipping around from a first-person perspective. [Parrot Bebop Drone]

Remote-controlled cars are so last century. Ollie, the wheeled robot you control with a smartphone app, can do all kinds of tricks and hit an impressive speed of 14 miles an hour. It’s a fun way to pique someone’s interest in robots. [Ollie]

Lytro's super-high definition digital camera is considered one of the most revolutionary things in its field by some photographers. Its 3D composition and lightfield sensor, which give you the ability to change the focus in a shot after it’s been taken, have won it high accolades among early adopter photographers. [Lytro]

The SnapJet portable printer allows you to instantly print mini-photos of your smartphone pics, without any cords, ink, print drivers, Wifi, Bluetooth or apps. Rather, it scans photos in high resolution directly from your phone's screen. The item is still in Kickstarter-mode, meaning, if you donate $149 to its development you will, in theory, get a SnapJet late next year. [SnapJet]

Here's a bonus gadget accessory. The death of cash is upon us, so why not make your phone, the thing that’s replacing credit cards and cash, into a modern-day wallet? [CardNinja]

One more bonus accessory: This cheap, simple desktop cord organizer is a staple for Fortune writer-reporter Daniel Roberts. “It feels, as many Quirky products do, like something that should have already existed, but it didn't, and now I rely on it,” he says. [Cordies]