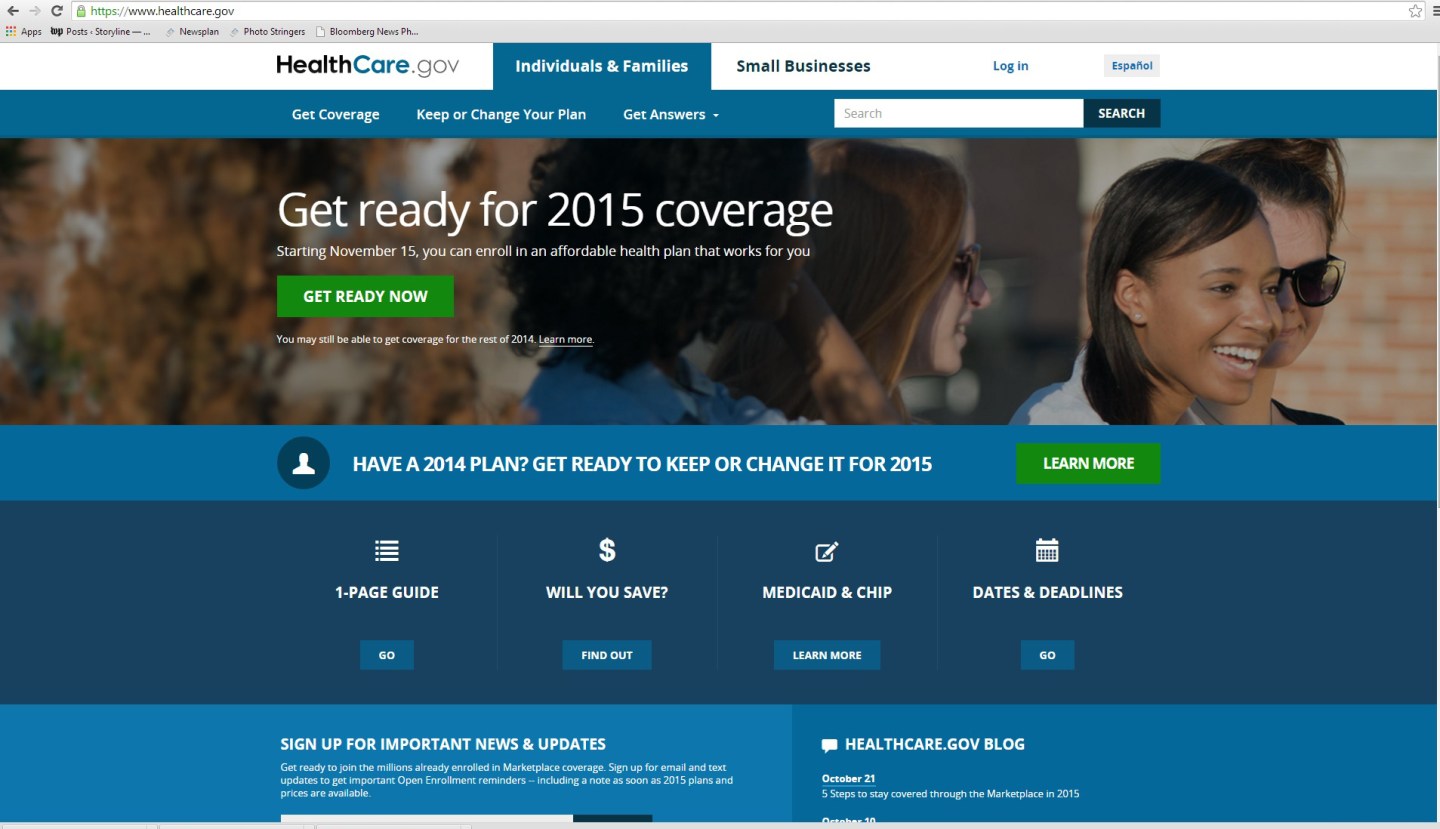 In just a few weeks, millions of people will be heading to the federal site HealthCare.gov to shop for medical insurance when a new open-enrollment period begins. If some of those people wind up at HealthCare.com instead, well, Jeff Smedsrud is fine with that. Pictured, HealthCare.gov.
Photograph by The Washington Post/Getty Images

U.S. insurance companies are extending payment deadlines for customers in January to head off complications with the second year of Obamacare implementation.

The voluntary move, led by industry trade group America’s Health Insurance Plans, includes a prompt refund for any overpayments by consumers who may have been charged twice by mistake, once for a new plan and once for last year’s expired plan.

The deadline for Americans to change or select a new health plan was Monday, Dec. 15. Final numbers haven’t yet been released, but, as of Dec. 5, about 1.4 million customers had selected new plans this year using the federally-run system that covers 37 states.

That’s a small portion of the 6.7 million Americans who remained enrolled in Obamacare as of last month (about 8 million enrolled initially). Existing enrollees who did not proactively make a choice by yesterday will be automatically re-enrolled in their current plans and may face higher premiums, depending on the option.

Now that the re-enrollment period has ended, the government will transfer a huge amount of electronic data to insurers within the next couple of weeks. The companies will then have to input that data and process new customers prior to the Jan. 1 start. The timing cuts close to premium deadlines, which are typically due by Dec. 31 for January.

The insurance industry is hoping to minimize the behind-the-scenes technical issues and “wants to do everything we can to make sure consumers have greater peace of mind about their health care coverage and support them throughout the open enrollment process,” Karen Ignagni, head of the trade group, said in a statement to The Associated Press.

The grace period for customers will vary depending on the carrier, so enrollees should check with their plan to confirm when their January premiums are due.