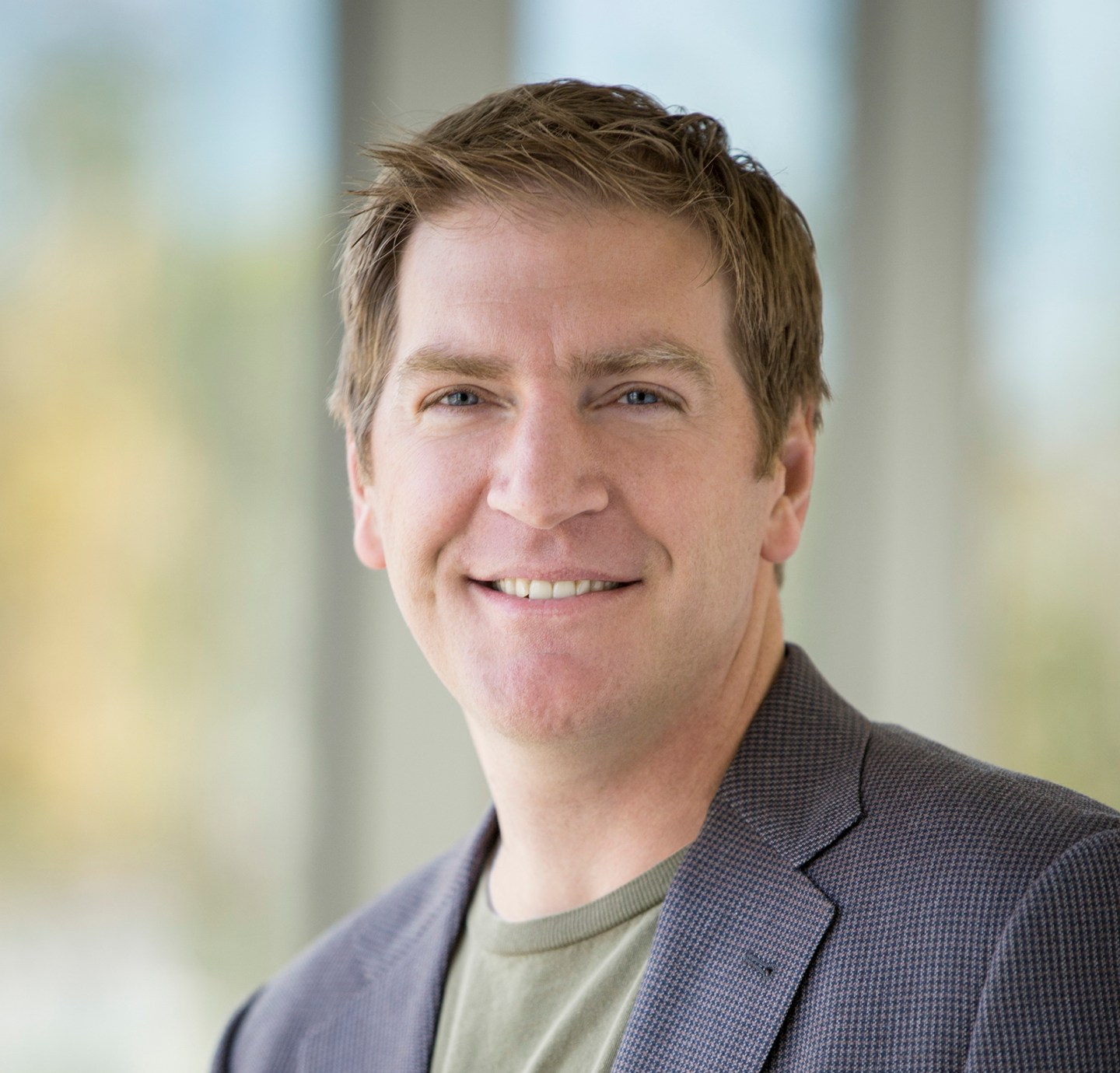 InsideSales.com’s hire of a long-time Salesforce.com executive this week signals a critical turning point for the fast-growing purveyor of sales acceleration software.

For each of the past four years, the Provo, Utah-based company increased revenue and bookings at least 100%—it is on pace to pull off the same feat for 2014. InsideSales.com also is staffing quickly, with more than 600 people anticipated on the payroll by year-end, double its staff at the end of 2013.

Jim Steele’s appointment as president of worldwide sales and chief customer officer, effective Jan. 8, is the third significant hire this year. Last spring, the 10-year-old company added a chief marketing officer (former Citrix executive Mick Hollison) and a chief financial officer (Kevin Samuelson, who previously held the same title at cloud business software company Infor). Its head of human resources, hired in June 2013, is Todd Riesterer, with a resume that includes VMware and McAfee. All were picked for their experience at multi-billion-dollar business software companies.

“Right now, we are in the mode of really trying to scale our business,” said InsideSales.com CEO and founder Dave Elkington, a former venture capitalist with a philosophy degree who happens to be an expert in lead-generation processes. “What we sell to companies is not software. We’re not selling a solution, we actually selling revenue, metaphorically. Our client will see anywhere from a 10% to upwards of a 50% uplift in revenue within 90 days once they deploy our system. We can sell as fast as fast we can responsibly deploy and implement and train our clients. The challenge I have is purely one of scale.”

InsideSales.com’s predictive analytics software complements customer relationship management software technologies like Salesforce and Microsoft Dynamics. It uses aggregated data to motivate teams and personalize outreach. Is it better to reach out to somewhere in the morning or afternoon? Does that buyer prefer email, text or a phone call? Did his or her favorite team win or lose last weekend? InsideSales.com’s platform can help answer those questions.

Steele began researching the software after many of his big Salesforce accounts began mentioning the technology. “I don’t have to reach too far to find customers that I know are using it,” he said.

The venture arm of Salesforce (CRM) was just one of more than a half-dozen investors participating in a $100 million Series C round in late April led by Polaris Partners and Kleiner Perkins Caufield & Byers. “The world of selling enterprise ‘things’ is moving to an inside sales model,” said Kleiner Perkins general partner Matt Murphy, who was part of the search team that hired Steele. “Many people are learning it for the first time, and asking, ‘What are the best practices?’ ”

While Elkington won’t disclose current revenue, he draws parallels between his company and Salesforce 12 years ago before the latter aggressively targeted large corporate accounts. Right now, InsideSales.com signs up between 1,000 and 5,000 individual sales reps and managers every month.

Elkington is looking for experienced talent and operational processes that can help his idea scale. There’s every reason to believe InsideSales.com will post another 100% revenue increase next year, he said. “What we want to build here is not a small company, we want to build something that is very large and very impactful.”

I caught up with Elkington on the tail end of a trip to Europe and Israel, where he was interviewing potential managers.

Describe what your technology does for non-techie audience.

On the surface, we are a sales acceleration technology. This category sits right between marketing automation and CRM, and helps automate and accelerate the sales process. On the surface, we’re building a platform that delivers that. But really, the meat and the secret under the hood is our artificial intelligence learning platform. It is ubiquitous platform, meaning the learning can be applied really universally, but we’re applying it to that sales acceleration space I just mentioned.

In short, it’s an AI or predictive analytics platform. It is a massive crowdsourcing engine. We have roughly 35,000 sales users on our platform. Those are people who work everywhere: ADP, Microsoft, Sprint, Dell, Level 3, Gannett, Groupon. As they use our technology, we learn what works and what doesn’t work. As it happens, our pipeline gets smarter in aggregate. None of our clients, in aggregate, ever make the same mistake twice.

Who is the ideal customer?

One that uses technology to enable the sales process. That could be a three sales-rep company all the way up to a 3,000-sales-rep company. The thing that really makes a difference is that they are data-driven and they use science and numbers to be able to really optimize the sales process versus just relying on intuition. A lot of old-school sales is truly intuition-based. There is a paradigm shift in the sales world that has silently occurred over the past 10 or 15 years: it’s the transition from the intuition approach to sales to one of a really mathematical or data approach.

Many of your early corporate reference accounts are tech companies. What’s the plan to increase penetration in other sectors?

We actually have a very strong position in the financial services base. We have companies like Fidelity on our platform. Several others. The professional services industry is also very strong. The healthcare industry is an emerging segment, particularly the insurance category. It’s more diverse than you would expect, we even have a lot of non-profits and government organizations using our technology. A lot of our clients actually request that we not disclose they are a client, because many of them consider this a competitive advantage.

There is a phenomenon that we’ve noticed. As we sell to a client in a community, region or a given region, there will be a distribution of employees over time and they will bring us into their next company. There is a viral distribution in the way that our technology is adopted.

Can we expect you to seek more outside backing in the next 12 months?

We’re in six of the categories fairly strongly. Over the next 12 months, you’re going to see us move into international markets, as I alluded. You’ll also see us build onto other ecosystems, like Salesforce.com. Lastly, you’ll see us build and/or buy other categories of the sales acceleration space to try and drive more value for our clients. As such, it may make sense to raise additional capital, and that capital may come in one of many ways. To answer your question, there’s no definitive answer but there is a high likelihood.

Are you creating an ecosystem around your platform, around sales acceleration? Do you see this as a focus for the future?

As I mentioned, there’s a massive crowdsourcing effort going on in all of my customers. What that means is that every time one of our customers sells to somebody, we anonymize all of that information and then aggregate and profile it. We have roughly 100 million to 120 million unique North American, anonymous profiles in our database. That’s roughly 70% of the buyers in the United States. What’s more, there are about 11 billion maybe 12 billion sales interactions—purchases, emails, conversations, web site responses, all those kinds of interactions.

We’re adding quickly. In a given month, we’re adding 1 billion more sale interactions. Associated with that are contextual data points. Those are things that are happening around the person that might influence that person. We’re looking at weather. If it’s sunny in Phoenix and rainy in Los Angeles, contact rates are higher where it’s rainy, so maybe you should be interacting in regions where it’s raining. However, if we know the Phoenix Suns just won a game, there’s a euphoria effect. Therefore, you should also sell to regions where there have been regional successful sporting events. We know that regional gas prices can increase people’s budgets. The stock market also increases the propensity to buy.

This item first appeared in the Dec. 16 edition of Data Sheet, Fortune’s daily newsletter on the business of technology. Sign up here.